TEHRAN (Tasnim) - The value of bilateral trade between Iran and Nigeria has witnessed a 300% growth within the last 9 months of the past Persian Calendar year (ended on March 20), Iranian Trade Minister announced.

"The value of trade between Iran and Nigeria reached about 125 million dollars, witnessing a 300% growth in the last 9 months of the year 1400." Seyyed Reza Fatemi Amin said during a meeting with a high-level delegation from Nigeria, headed by Minister of State for Foreign Affairs, Ambassador Zubairu Dada.

Fatemi Amin said despite the good history of cultural cooperation between the two countries, unfortunately, the level of bilateral trade is not favorable and needs to be improved.

"The two countries are members of international organizations, including the Organization of Islamic Cooperation, the Islamic Development Bank, D8 Group… which provide the necessary opportunities for further development of trade cooperation between Iran and Nigeria…", he noted.

The Iranian trade minister also pointed to the economic capacities of Iran and Nigeria and said their economies can complete each other. 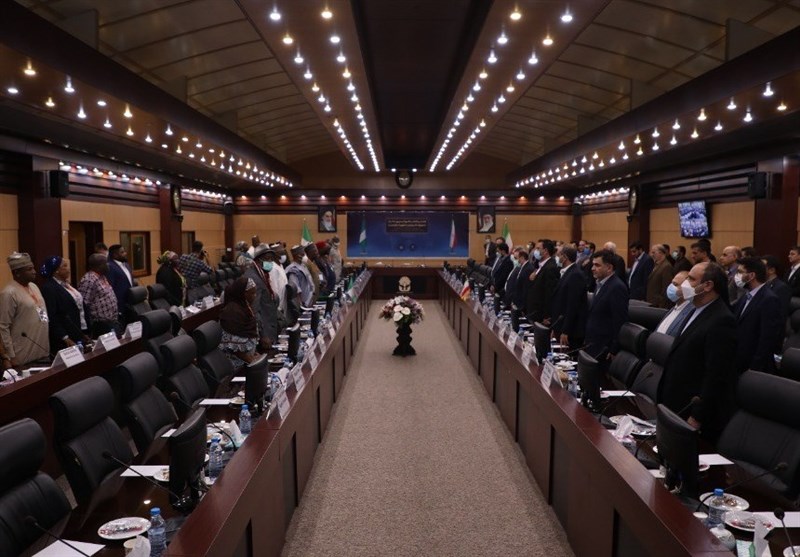 Meanwhile, Nigerian Minister of State for Foreign Affairs, Ambassador Zubairu Dada described the bilateral ties between Iran and Nigeria as “long-term and cordial”, saying that his country attaches significance to the expansion of ties with Iran.

“Iran and Nigeria have already had good cooperation at the bilateral and international levels… Nigeria attaches great importance to its relations with the Islamic Republic of Iran, because there are good potentials and capacities that if used, can serve the interests of both countries…” Ambassador Zubairu Dada underscored.

He described the participation of the Nigerian delegation in the 6th Iran-Nigeria Joint Commission in Tehran as his country’s  “commitment to the implementation of agreements and contracts” with Iran.

"Despite the cordial relations between the two countries, the bilateral economic relations are not satisfactory, Ambassador Zubairu Dada noted.

“During Iran-Nigeria Trade Summit, 9 cooperation documents were signed between the two countries in various fields of culture, tourism, oil, agriculture, sports and trade” the Nigerian official said, expressing hope that the Sixth Iran-Nigeria Joint Commission can pave the way for boosting bilateral trade between Iran and Nigeria.

The delegation arrived in Tehran on earlier this week to participate in the Sixth Iran-Nigeria Joint Commission. The joint commission which is held after a 7-year interval is aimed at further improving bilateral ties and paving the way for boosting trade between Iran and Nigeria.

Foreign Airliners Being Repaired in Iran