TEHRAN (Tasnim) – The Philippines has begun cleaning up after Typhoon Noru swept across the northern part of the country, leaving five rescuers dead, floods and power cuts but leaving the capital relatively unscathed.

Noru, with sustained winds of 185 kilometres (115 miles) per hour, was the most powerful typhoon to hit the Southeast Asian nation this year.

The storm hit the coast before nightfall on Sunday at Burdeos town in Quezon province and weakened as it crossed into the main Luzon region overnight, prompting authorities to shut schools, government offices and the stock market.

Thousands of people were moved to emergency shelters, officials.

Governor Daniel Fernando of Bulacan province, north of Manila, said five rescuers, who were using a boat to help residents trapped in floodwaters, were hit by a collapsed wall and then apparently drowned in the rampaging waters.

“They were living heroes who were helping save the lives of our countrymen amid this calamity,” Fernando told the DZMM radio network. “This is really very sad.”

On Polillo island in northeastern Quezon province, a man was injured after falling off the roof of his house, officials said.

More than 17,000 people were moved to emergency shelters from high-risk communities prone to tidal surges, flooding and landslides in Quezon alone, officials said. 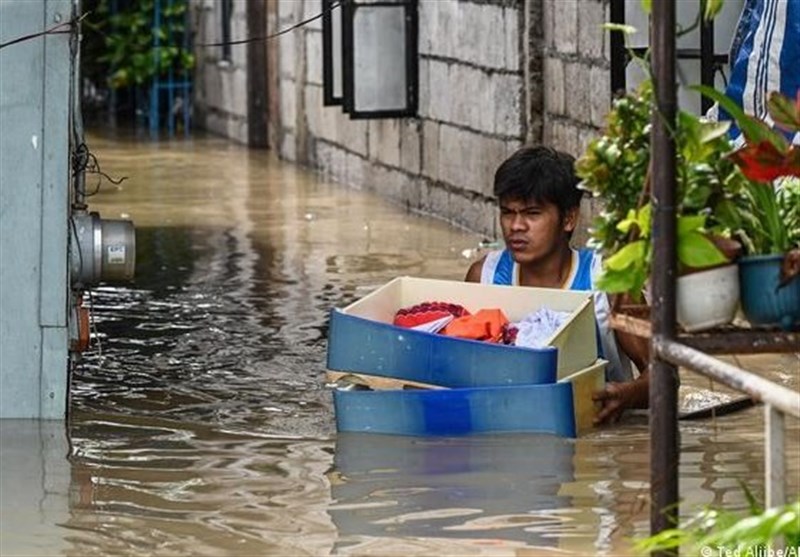 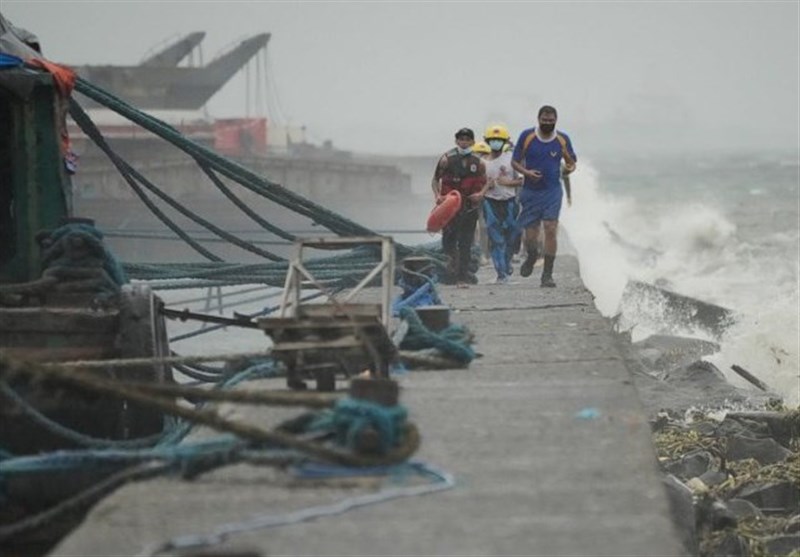 In Metropolitan Manila, more than 3,000 people were evacuated to safety.

Al Jazeera’s Barnaby Lo, visiting one community in the capital, said residents were cleaning up after waters at one point rose to head height. He said that at least in Manila the effect was not as bad as had been expected.

“The capital was largely spared,” he said, noting that the sun was out and skies were clear.

The entire northern provinces of Aurora and Nueva Ecija, which were hit by the typhoon, remained without power on Monday as providers worked to restore electricity supplies.

In a televised meeting called to assess the damage and coordinate disaster response, President Ferdinand Marcos Jr ordered supplies to be airlifted to the most badly affected areas, along with clean-up equipment.

“The point at which we can stand down is when the majority of evacuees are already back home,” Marcos Jr said.

He said the evacuations had probably prevented large numbers of casualties.

Noru underwent an “explosive intensification” over the Pacific Ocean before it hit the Philippines, Vicente Malano, who heads the country’s weather agency, told The Associated Press news agency on Sunday.

By Monday morning, Noru had sustained winds of 140 kilometres (87 miles) per hour, and gusts of 170km (105 miles) per hour and was moving westwards into the South China Sea, according to the weather agency.

About 20 storms and typhoons batter the Philippines, an archipelago of more than 7,600 islands, each year.

Last December, some 400 people were killed by Typhoon Rai, which the local Red Cross said destroyed or damaged some 1.5 million homes.

In 2013, Typhoon Haiyan, one of the most powerful tropical cyclones ever recorded, left close to 8,000 people dead or missing, Entire villages were flattened and ships swept inland as the storm swept across the southern Philippines.

Swedes May Face ‘Even Worse’ Energy Situation Next Winter: Expert

Swedes May Face ‘Even Worse’ Energy Situation Next Winter: Expert