Qassemi said that despite the harsh sanctions against Iran, the country witnessed a 2.5% monthly progress in the executive work of the South Pars field phases which are scheduled to be completed in 35 months, and described it as “a great achievement".

“The (Iranian) oil industry is progressing towards self-sufficiency and the efforts made by the oil industry technicians in that direction are praiseworthy,” he added. 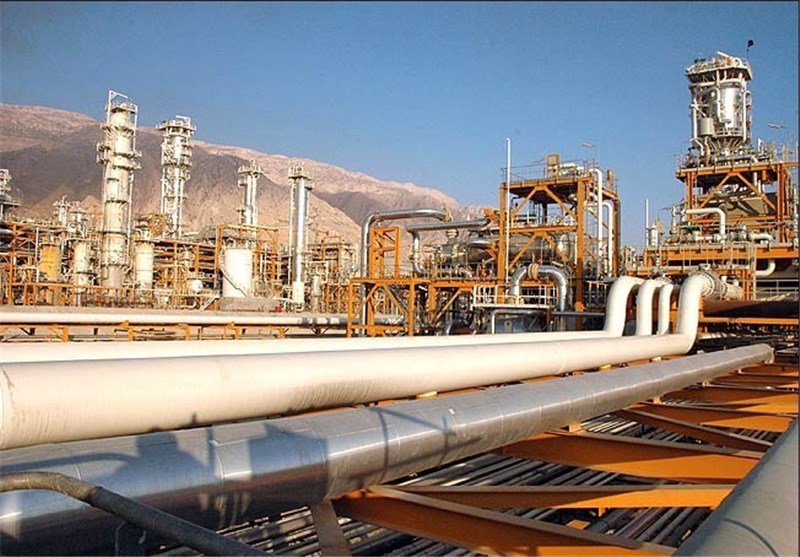 The planning, design, and construction of the 15th and 16th phases of South Pars were entirely carried out by Iranian engineers and technicians.

When fully completed, the project’s daily output will be 56 million cubic meters of natural gas, one million tons of ethane, 75,000 barrels of gas condensates, 400 tons of sulfur, and 1,050,000 tons of liquefied petroleum gas (LPG) -- all to be exported.

The South Pars gas field, whose development has been divided into 28 phases, is located in the Persian Gulf straddling the maritime border between Iran and Qatar. It is estimated that the Iranian section of the field contains 14 trillion cubic meters of gas and 18 billion barrels of condensates in place.

The remaining 6,000 square kilometers, referred to as the North Dome, are in Qatar's territorial waters.

Iran Applies for $5 Billion Loan from IMF to Battle Coronavirus

Leader Calls for Surge in Iran’s Production in New Year

Efforts for Unfreezing Iran’s Assets, Getting Loan from IMF on Positive Track: CBI