“It is a big dream to play for Iran. My goal is to be a part of the World Championship 2014,” Davari said in an email interview with Tasnim News Agency.

Davari who accompanied the Iranian national team during several training camps in Dubai also answered other questions about his experience in Bundisliga.

Q- Hi Daniel. Congratulation. You had a well performance against Dortmund and Eintracht Braunschweig's fans choose you as man of the game. Please tell us about your first game in Bundesliga?

It is an intense joy and a great honor to play in the Bundesliga and also a reward for all the hard work. Unfortunately we lost the game against Dortmund.

Q- Do you think that Eintracht Braunschweig can remain in Bundesliga and what's your evaluation about this season?

We have to believe in the strengths of the team and we try to be a tough opponent.

Q- Carlos Queiroz invited you to Iran national team but for the first time you didn't accept to come Iran because you want focus on your club. After that Queiroz again called you and you accept that but he didn't put you in Iran's goal. If once again this Portuguese coach invites you to be in Iran's squad, will you accept it? Do you think that you have chance to be with Iran in world cup 2014?

It is a big dream to play for Iran. My goal is to be a part of the World Championship 2014.

Q- Do you have any bid from Iranian clubs or the other part of the world in this summer?

No, I focus on my team Eintracht Braunschweig.

Q- Marjen Petcovic is a serious opponent for you. Do you think that you can be No.1 again in Eintracht Braunschweig like last season in Bundesliga 2?

The competition between Marjen and me is good for our performance. I always try to give my best to be in the line-up.

Q- What's your favorite club team in world and which player in the world is you favorite?

Q- Do you know Ahmadreza Abedzadeh, the Iranian keeper legend? If yes what's your idea about him?

Yes, he was a great keeper. I know every Iranian, who formerly played in Germany.

Q- And for the last question, what is your favorite player in Iran National team squad?

There are a lot of great players and a very good coach. 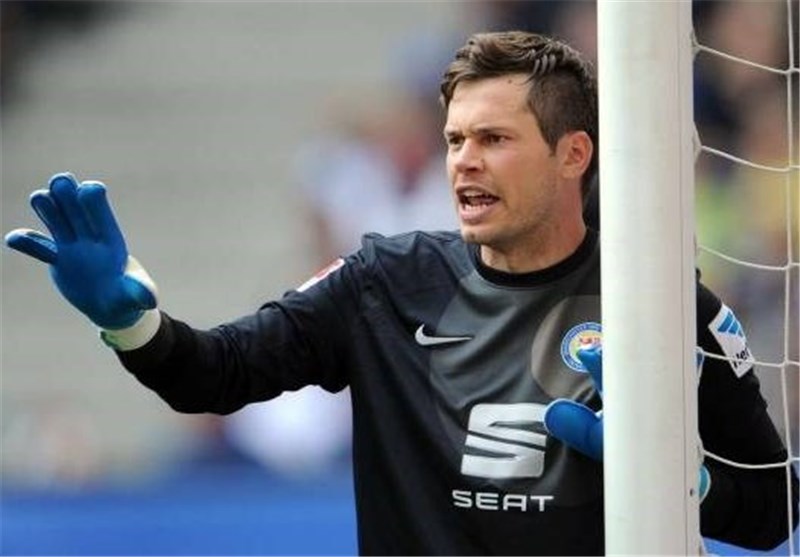