TEHRAN (Tasnim) - Early in the morning on June 18, a brand new Mercedes C250 coupe was driving through the Melrose intersection on Highland Avenue in Hollywood when suddenly, out of nowhere, it sped up.

According to an eye-witness, the car accelerated rapidly, bounced several times then fishtailed out of control before it slammed into a palm tree and burst into flames, ejecting its engine some 200 feet away.

A witness, Jose Rubalcalva, whose house stood adjacent to the crash, told Ana Kasparian of The Young Turks news network that no one could approach the burning car because it kept exploding. In a simulated full-frontal crash of a 2013 C250 coupe, the car doesn’t explode on impact nor does it launch its engine 200 feet.

In fact, said Nael Issa, a Mercedes Benz dealer in Long Beach, “The car has a crumble zone, so when it crashes it goes in like an accordion. And in some cases the engine drops down, so it doesn’t go into you.”

The driver in the fatal crash was Michael Hastings, a 33-year-old crack investigative reporter for Rolling Stone magazine, whose June 2010 article, “The Runaway General,” exposed the behind-the-scenes failure of top US General Stanley McChrystal’s counterinsurgency strategy in Afghanistan—and, even more damagingly, revealed McChrystal's mocking attitude toward the Obama administration, which ultimately led to the general’s resignation. 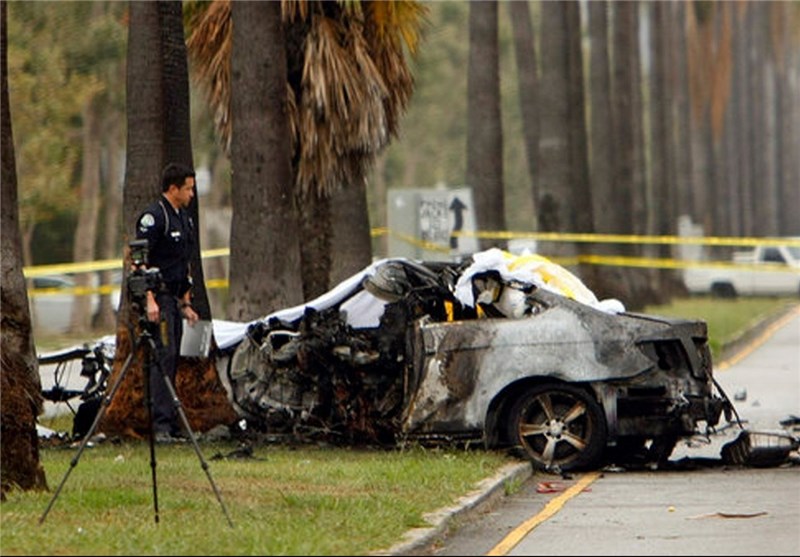 Four months after Hastings’s so-called accident, and despite scant coverage in the mainstream media, new facts and evidence continue to emerge raising serious unanswered questions about whether the journalist was assassinated, the breadth of unconventional cyber-techniques that may have been used, and who might have been responsible.

Hastings’s pivotal article for Rolling Stone actually went beyond revealing Gen. McChrystal’s flawed leadership of US forces in Afghanistan and his scorn for the Commander-in-Chief. In addition it drew on McChrystal’s former role as the commander of Joint Special Operations Command, or JSOC, a covert elite unit whose kill operations are routinely unaccountable to government, resulting in scores of civilian deaths by US hands in Iraq, Afghanistan, Pakistan, Yemen, Somalia and elsewhere that have gone unexamined and unpunished. (JSOC's activities feature prominently in the book "Dirty Wars" by investigative journalist Jeremy Scahill, which was subsequently made into an award-winning film that premiered at the 2013 Sundance Film Festival.

Hastings continued to report stories that illuminated the darker side of US military actions, including an investigation into the Army’s deployment of psyops, or psychological operations, on US senators visiting combat zones in order to secure more war funding.

In Hastings’s 2012 book, "The Operators: The Wild and Terrifying Inside Story of America’s War in Afghanistan," Hastings wrote about being approached by one of Gen. McChrystal’s aides. “We’ll hunt you down and kill you if we don’t like what you write,” said the unnamed aide, who afterwards apologized to Hastings for his remarks.

Hastings later wrote, “I wasn’t disturbed by the claim. Whenever I’d been reporting around groups of dudes whose job it was to kill people, one of them would usually mention that they were going to kill me.”

But never did those fears escalate the way they did during the final days and moments of Hastings’s life.

L.A. Weekly interviewed Hastings's neighbor, Jordanna Thigpen, who said Hastings was convinced that he was a target of surveillance after reading about the Department of Justice’s seizure of AP phone records in May. He became even more wary, she said, when details about the NSA’s domestic spying programs emerged in early June through former contractor Edward Snowden.

"He was scared, and he wanted to leave town," Thigpen said. 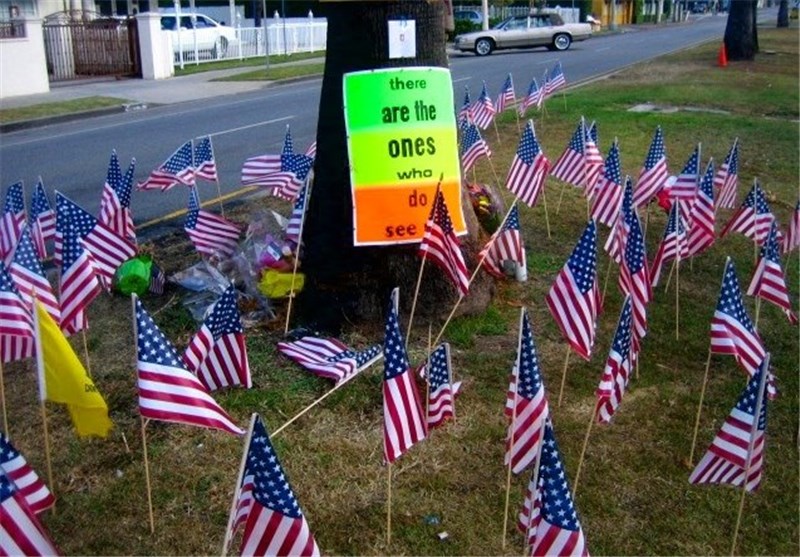 The story that Hastings was working on at the time of his death centered around CIA Director John Brennan, the chief architect of President Obama’s foreign drone program. It related specifically to Brennan’s role as the administration’s point man tracking investigative journalists and their sources in Washington.

This email from Stratfor, a CIA-connected private security firm whose emails were hacked and released to the public by Wikileaks in February of last year, reveals that Brennan was indeed behind the “witch hunts of investigative journalists.”

The night of his death, Hastings had contacted Wikileaks attorney Jennifer Robinson and sent an email to his colleagues at the news site BuzzFeed, saying he was working on a big story and was “going off the rada[r],” citing fears over federal authorities interviewing his friends. Hastings blind-copied his friend, the Staff Sgt. Joe Biggs, whom Hastings had known from his time embedded in Afghanistan.

According to L.A. Weekly, just hours before the deadly crash Hastings had asked to borrow his neighbor's Volvo because he suspected his own car's computer system had been hacked.

The Los Angeles Police Department said repeatedly it suspects no foul play. Questioned after Hastings’s death, the FBI confirmed that the journalist was not under any investigation.

But those statements were directly contradicted in September when redacted FBI documents surfaced following a Freedom of Information Act request by the news network Al Jazeera, which showed that Hastings was in fact under investigation for a story in which he had interviewed a US soldier who had been captured in Afghanistan.

In an era of unsanctioned drone warfare—where a man operating a joystick in New Mexico can carry out the remote-controlled assassination of any person worldwide who shows up on the President’s “kill list”—it may not be far-fetched to imagine that similar capabilities, and techniques, are being employed closer to home.

What did he mean? According to Stefan Savage, a computer science professor at the University of California, San Diego, any modern vehicle’s computer system made by any manufacturer can be hacked.

In a phone interview with Occupy.com, Savage described a series of experiments that he and his team conducted, in which they remotely hacked a car’s computer systems. “If you’re talking about where people have arbitrary control of a car, that takes a significant amount of time,” Savage said. “If you want to take it over and break it, that’s less complicated.”

Savage explained that all computers in a car are connected to one another, bridged by one component and compromised by that same component. As a result, he said, "We could listen to conversations in the car, and could take over everything in the drivetrain, like acceleration and brakes, through a cellular network.”

In terms of range and power to manipulate a vehicle remotely, he said, “We found vulnerabilities from 1,000 miles away."

After the successful experiments were reported, Savage noted a huge response from manufacturers that spurred new innovations in cybersecurity for car computer systems. “They’ve spent millions of dollars on hiring new people, and acknowledged that [cybersecurity] is something they need to take seriously,” he said.

After the fiery crash, Hastings’s charred remains were quickly cremated, but not before the L.A. coroner released a report indicating the journalist had trace amounts of methamphetamine and marijuana in his system. Mainstream media jumped on the angle, eager to dismiss Hastings's complex backstory in favor of the simpler line: he was another young, talented, but out-of-control drug addict who had tragically ended his own life.

Despite NBC Southern California plainly reporting that the drugs in Hastings’s body were ruled to have had nothing to do with the crash, it didn’t stop the media from smearing Hastings in its coverage.

“When Michael embarrassed [the media] by writing a story about what the military is actually up to, the universal refrain was, ‘How dare you!’” said Cenk Uygur, host of The Young Turks and a friend of Hastings. “Anytime someone sticks their head up and doesn’t go along, they’re universally despised by the establishment. They were jealous of him, too. The media was not a fan of Michael, at all.”

“The implicit message is: Don’t rock the boat, and keep the gravy train coming,” Uygur said.

A Chilling Brand of Outsourcing

In the last four months, amid heightened tensions over government spying and a widening pursuit of whistleblowers, many have speculated that Hastings’s death was the product of a conspiracy involving the CIA, NSA, FBI or other federal agencies. What has been less discussed is the possibility that Hastings was assassinated by private contractors—conceivably the same types who were involved or affiliated with operations in Iraq or Afghanistan, thousands of whom remain active today.

Even after private defense contractors committed gross and punishable offenses overseas, those same firms continue to receive no-bid contracts from the US government with zero accountability for their crimes. KBR’s showers electrocuted troops while their administrators forced gang-rape victims to sign mandatory arbitration agreements that prevented them from suing. Halliburton overcharged the government by tens of millions of dollars. And Erik Prince, founder of Blackwater/Xe, was himself implicated in a murder and has spoken of leading an anti-Muslim crusade through his company.

This infographic shows the alarming amount of money—some $3.3 trillion—spent on private military contractors since 9/11. But what rarely gets discussed, beyond the dollars wasted and the crimes committed by private war-profiteering corporations, is the pervasive, growing sense of domination of these mega-firms in the past decade that have solidified their rule over US military and foreign policy decisions.

The question that Hastings’s unexplained death poses is whether those same private, militarized forces may be bringing the war home as they deploy technology and battlefield-honed tactics to ensure that deeper truths remain unseen -- and that nothing threatens the bottom line.

“The government empowers these private individuals and corporations to do almost everything they want," continued Uygur, "including hiring them to kill people. And you’re going to be surprised when they keep doing that with the same impunity they’ve always had? It’s only a matter of time.”

Hastings was a frequent contributor to The Young Turks, and Uygur said when Hastings moved to Los Angeles, they often talked before and after each show. Uygur said there were a lot of private contractors who didn’t like Hastings. 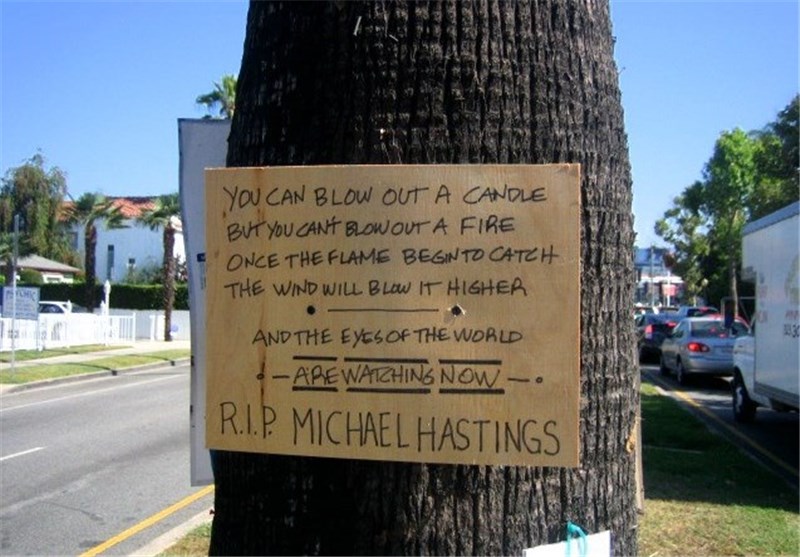 “At some point,” Uygur suggested, “will they take the law into their own hands, and say, ‘Well, if we were hired to kill people in Iraq and Afghanistan, why not kill them over here?’ Have they done that? I have no idea.”

In Search of the Facts

Just south of the Melrose intersection on Highland Avenue, in Hollywood’s Hancock Park neighborhood, the palm tree where Michael Hastings’s car crashed and exploded in flames in June remains scorched black about 20 feet high. Parts of the car are buried in the base of the tree, where a poster is attached that reads, “THE TRUTH WILL SET YOU FREE” on one line, and “#HASTINGS” on another. A military medal is also pinned to the tree, and these photos taken by a local woman of the Hastings memorial show it at its busiest earlier in the summer.

"His friends and family who know him, everyone says he drives like a grandma, so that right there doesn't seem like something that he would be doing,” said Hastings’s friend, the Staff Sgt. Joe Biggs, in an interview with Fox News's Megyn Kelly one week after the crash. “He had a lot of friends and family that cared about him. He had a good life to live. There's no way he would be acting erratic like that and acting that out of control.”

Hastings’s last article, published on BuzzFeed, exposed Democratic Party leaders including President Obama, Secretary of State John Kerry and Senate Armed Services Committee Chairman Carl Levin for their support of the same domestic spying programs they had criticized during the Bush years, but which they worked to expand under the Obama administration. 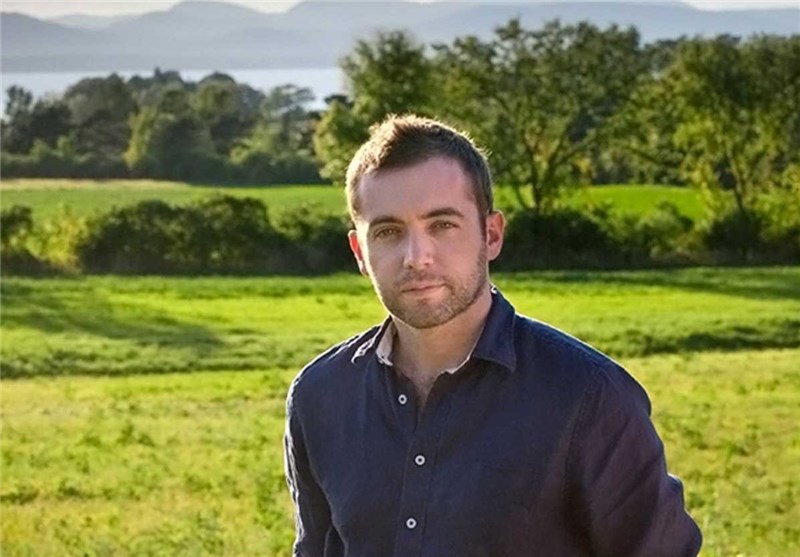 One of Hastings’s most remembered lines is this: “When writing for a mass audience, put a fact in every sentence.” And as facts go, the truth behind Michael Hastings’s death, whether he was intentionally killed and by whom, may be opening a much bigger, broader and more dangerous story than the Americans he was writing for are prepared to face.