Iranian Intelligence Figure: Bin Laden Not Killed by US

TEHRAN (Tasnim) - A senior figure at the Iranian intelligence ministry said former al-Qaeda leader Osama bin Laden has not been killed by the US forces, but he had died of kidney failure before the US Navy SEALs arrived at the scene of his death.

“(US president) Obama claimed that they (US forces) have done a great job, that is while the US intelligence service reached the dead body of bin Laden,” the intelligence figure, who was also in charge of an intelligence case pertaining to Abdolmalek Rigi, the executed ringleader of the Pakistan-based Jundallah terrorist group, told the Tasnim News Agency on Sunday.

Describing as “propaganda” the American officials’ empty boast that the US forces have managed to kill bin Laden in Pakistan, the intelligence figure added, “The entire intelligence services and even the Pakistanis have conceded that bin Laden had died of kidney disease in advance of the Americans’ operation.”

On May 2, 2011, the Obama administration claimed that Osama bin Laden was killed in Pakistan by the US Navy SEALs.

After the raid, US forces said they took bin Laden's body to Afghanistan for identification, then buried it at sea within 24 hours of his death.

Doubts about bin Laden's death were fueled by the US military's disposal of his body at sea, the decision to not release any photographic or DNA evidence of bin Laden's death to the public, the contradicting accounts of the incident, and the 25-minute blackout during the raid on bin Laden's compound during which a live feed from cameras mounted on the helmets of the US special forces was cut off.

Elsewhere, the Iranian figure, who was also in charge of an intelligence case pertaining to Abdolmalek Rigi, elaborated on Iran’s measure to apprehend the ringleader of Jundallah.

On February 23, 2010, Iran captured Rigi on a flight from Dubai to Kyrgyzstan.

The intelligence figure further hailed the complicated operation by the Iranian intelligence forces to capture the wanted terrorist as “an extraordinary operation”.

The figure stressed that the Islamic Republic’s intelligence forces managed to arrest Rigi without receiving any assistance from any other country.

The intelligence figure went on to say that Iran’s intelligence forces really did a great job in capturing Rigi, because they succeeded to entrap a terrorist who benefitted from the backing of the intelligence services of the US, Israel and Britain. 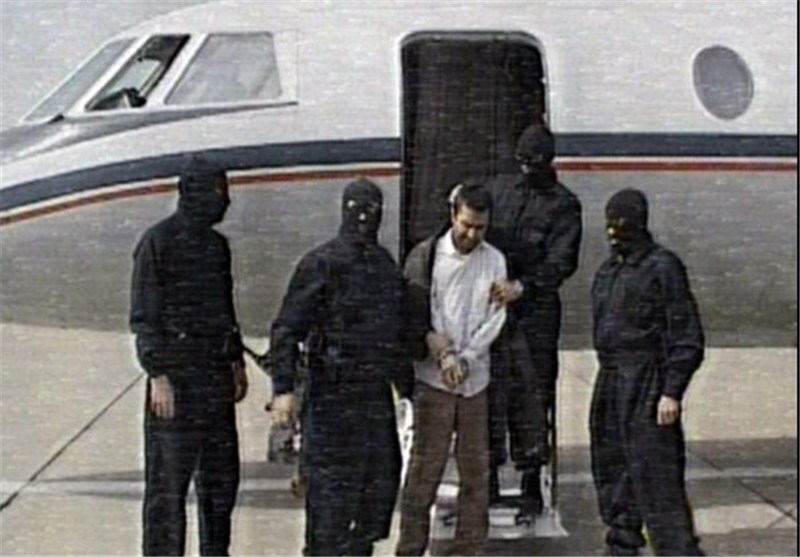 On 25 February 2010, Iranian state television broadcast a statement by Rigi, in which he said, "The Americans said Iran was going its own way and they said our problem at the present is Iran… not al-Qaeda and not the Taliban, but the main problem is Iran. We don't have a military plan against Iran. Attacking Iran is very difficult for us (the US). They (Americans) promised to help us and they said that they would cooperate with us, free our prisoners and would give us (Jundallah) military equipment, bombs, machine guns, and they would give us a base."