TEHRAN (Tasnim) – Militants from the Islamic State in Iraq and the Levant (ISIL) terrorist group released new pictures showing the destruction of Christian churches and tombs in Iraq's northwestern province of Nineveh.

The images, released in the social network websites, depict the ISIL militants removing crosses from the top of churches and placing their black flag on top instead.

The photos also show that ISIL terrorists destroyed Christian churches as well as the statues of Saint Mary in the province, Al-Alam TV Network reported.

Nineveh is the province that includes the northern Iraqi city of Mosul, which was seized by the ISIL militants in June 2014. 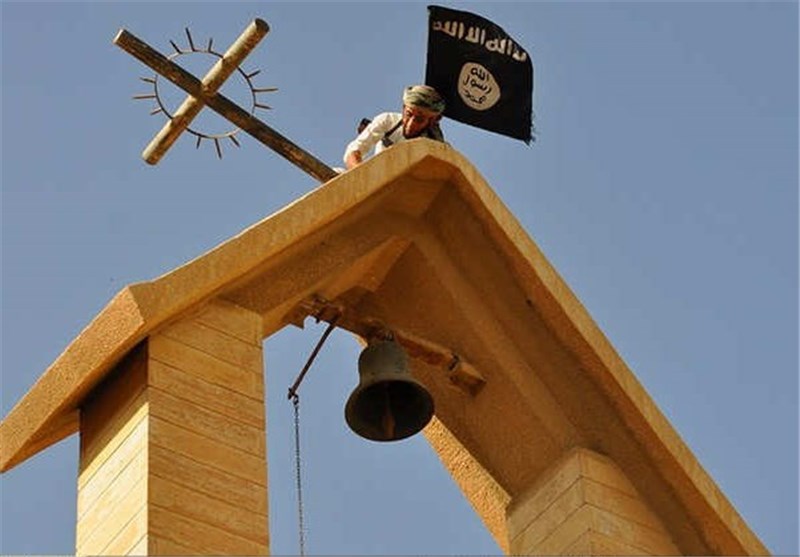 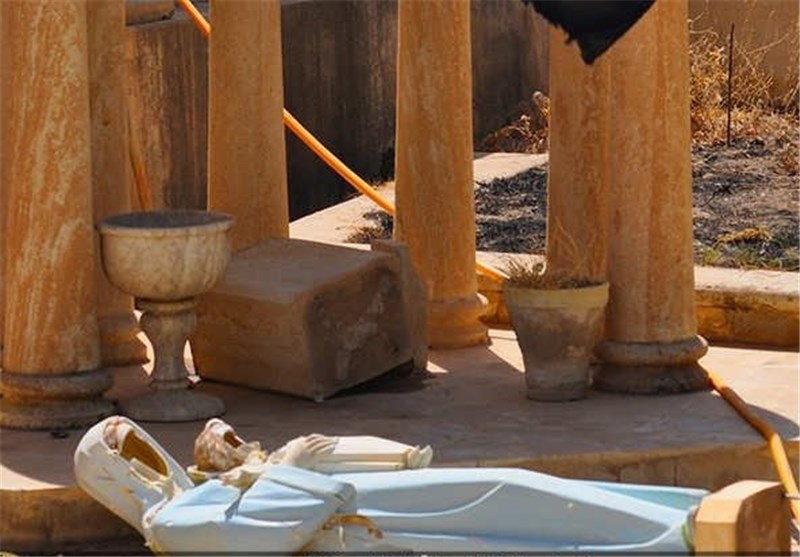 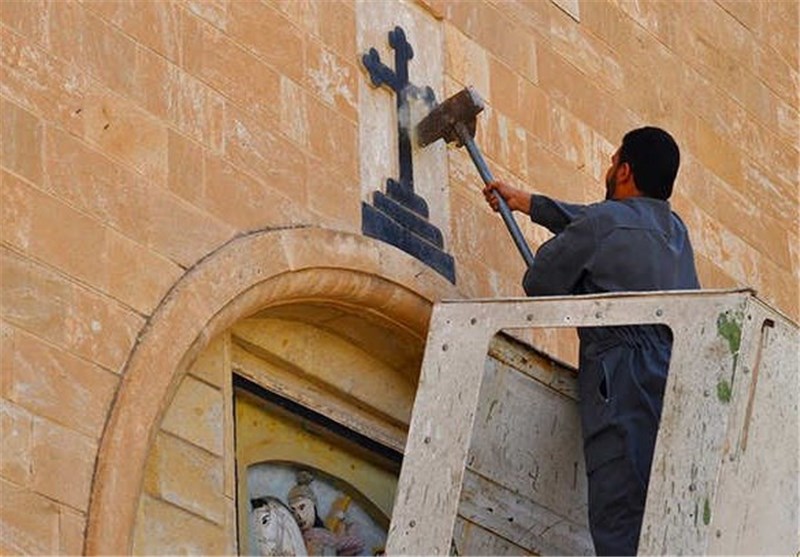 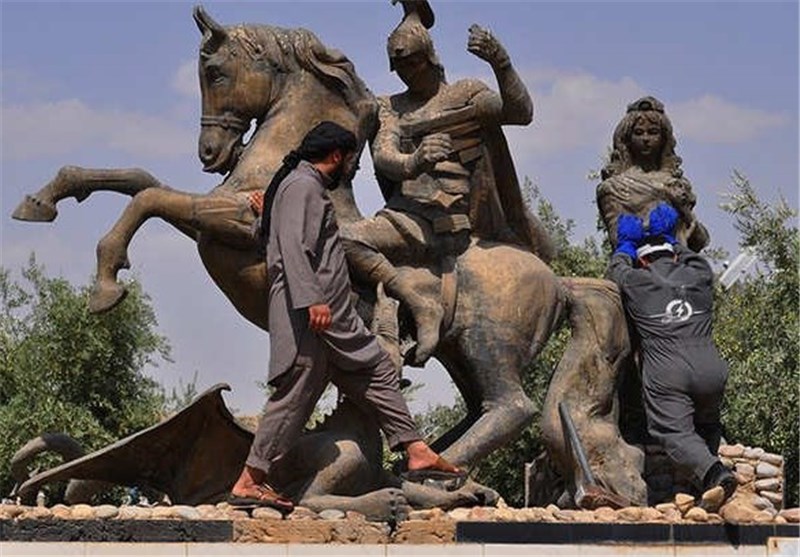 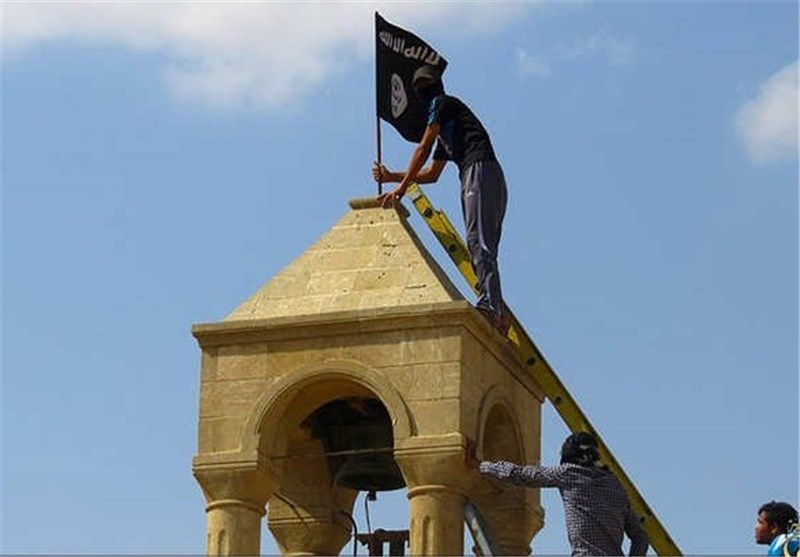