TEHRAN (Tasnim) – As many as nine people died after a small airplane crashed into an apartment building in the US state of Ohio.

Nine people have died after a plane crashed into an Akron, Ohio house and burst into flames on Tuesday. The dead were on board the small aircraft, which plummeted from the sky into a building along Mogadore Rd. near Skelton Rd.

The Hawker 800 business jet was approaching the Akron Fulton Airport sometime around 3 pm Tuesday when the crash occured, the Federal Aviation Authority said after the crash.

The plane's owner, Augusto Lewkowicz, said that seven passengers and two crew were aboard the plane. 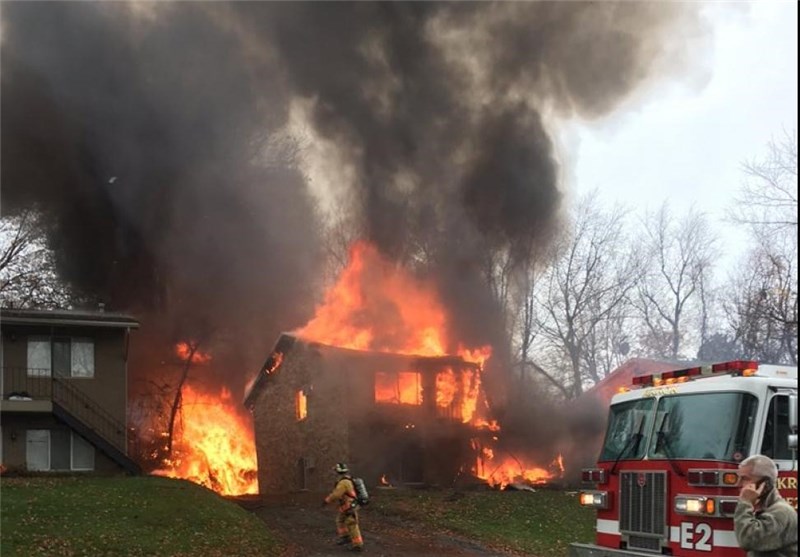 No one was reported injured or killed inside the apartment building. But video from the scene showed a massive fire, which authorities say has since been extinguished.

The plane was a 10-seater. Authorities have said that no one survived the crash, but have yet to confirm reports of nine people on the plane, The New York Daily News reported.

Power is out to some residents in the neighborhood.

Visiblity may have been hampered by cloudy, rainy weather, though authorities have yet to give a cause of the crash.

US Military Drone Crashes in Kuwait

Russian FM Says Moscow Concerned about Attempts to Defame WHO

No Changes in Plans to Complete Nord Stream 2 Construction: Kremlin

UN: Virus Could Push 14 Million into Hunger in Latin America

Russian FM Says Moscow Concerned about Attempts to Defame WHO