TEHRAN (Tasnim) - Jashak salt dome is a large area on the southern slope of Zagros Mountains, in Iran's southern Bushehr province. It is one of the largest and most beautiful salt domes in Iran and the Middle East.

Jashak Mountain is 1350 m above the surrounding plain. The mountain range is about 12 km long and 4.5 kilometers wide. Dome area is about 3666 hectares. Scientists say that the dome has been formed in the late Precambrian and early Paleozoic era.

Jashak salt dome appeared due to high evaporation salt residue on the soil surface and the underlying salt region. There're nearly 114 salt domes in southern Iran, especially in the provinces of Hormozgan and Bushehr. 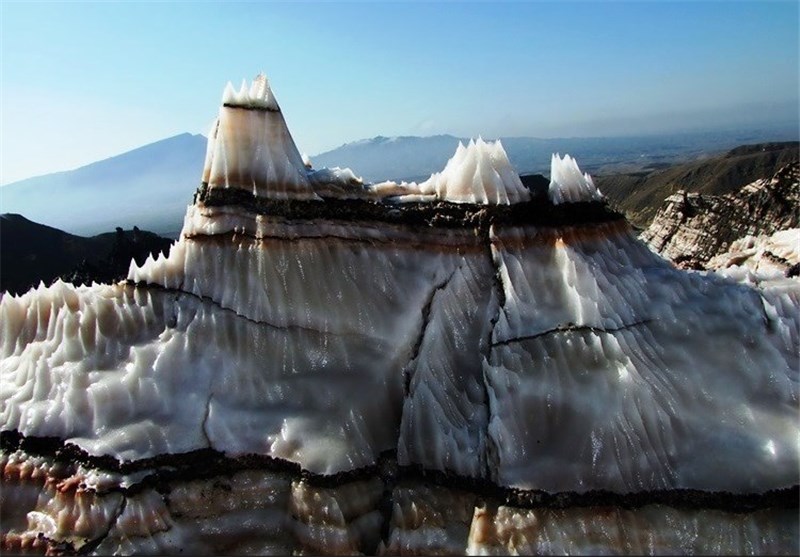 A beautiful salt waterfall is another tourist attraction of the salt dome. The waterfalls that flow naturally along the dome appear when water vaporizes in hot and dry weather. This phenomenon can be seen in mid-spring to summer and early autumn.

Another feature of the dome is salt caves. The caves are created by the dissolution of salt deposits around the dome. Beautiful stalagmites and stalactites in the form of salt crystals can be seen inside these caves.

Water erosion caused some stunning patterns on the salt dome. It can be called as one of the most beautiful geo-morphological erosion creations.

The non-silicate minerals such as pyrite and fluorine, and many salt crystals with metallic and non-metallic luster color variations can be found in this area. Various colors, include red, brown, white, yellow, black and orange. 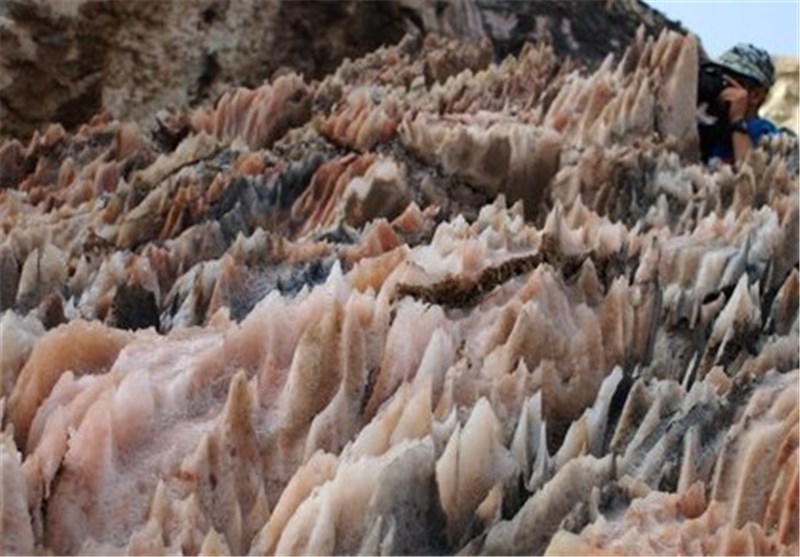 Shur River: A Miracle in Heart of Iran Desert

Hafeziyeh: The Tomb of Hafez