Abu Ali al-Husayn ibn Abdullah ibn Sina, known as Ibn Sina, and in the West as Avicenna, was one of the most celebrated philosophers and physicians in the early Islamic Empire. He wrote prolifically on a wide range of subjects. Forty of his medical texts have survived, the most famous of which are the Kitab ash-Shifa (the Book of Healing) and the al-Qanun fi al-Tibb - or Canon of Medicine. The latter is one of the most significant books in the history of medicine; for instance it was printed in Europe at least 60 times between 1516 and 1574. The Canon remained a major authority for medical students in both the Islamic world and Europe until well into the 1700s. 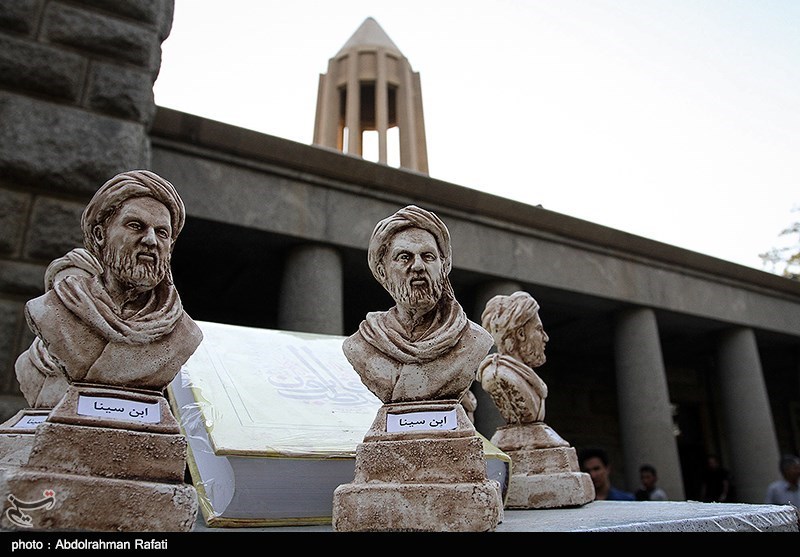 The tomb of “Tabib-al-Otaba (the most famous physician)” was built according to the most ancient dated building of the Islamic era in Iran, the “Gonbad-e Qabus”. The tomb of Bu Ali is half the size of “Gonbad-e Qabus” building. On the other hand, “Gonbad-e Qabus” has no aperture, while this building has 12 pillars indicating the 12 scientific fields mastered by Ibn Sina. 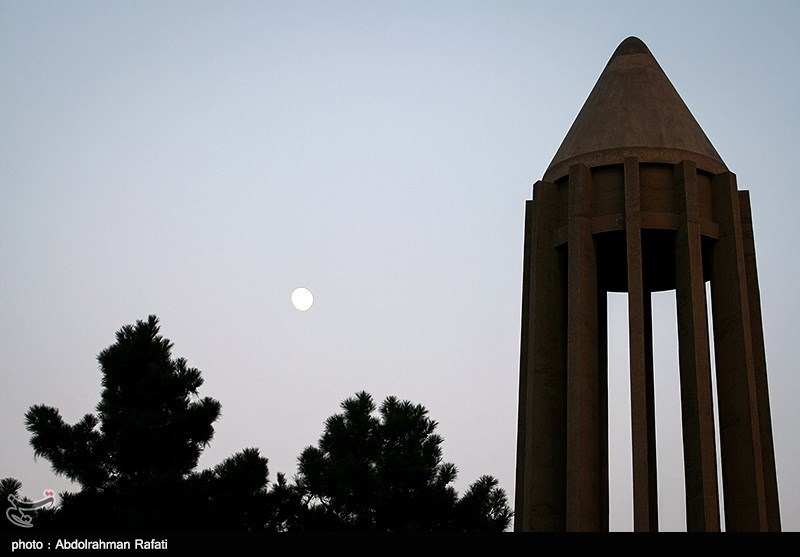 The tomb building is an integration of both traditional and post-Islamic era Iranian architecture. It benefited both from the traditional architecture art and modern methods, and contains elements such as the tower (encouraged by the Gonbad-e Qabus” tower), the small gardens (influenced by the Iranian gardens), the waterfront (encouraged by the traditional “Howz-Khaneh (basements with pools)”), and a facing covered with massive and rough rocks adorned with granite stones of Alvand Mountains resembling the traditional Iranian palaces. Bu Ali’s tomb is now situated in the domicile of Abu Said Dakhuk, Bu Ali Sina’s intimate friend who is also buried besides Bu Ali. 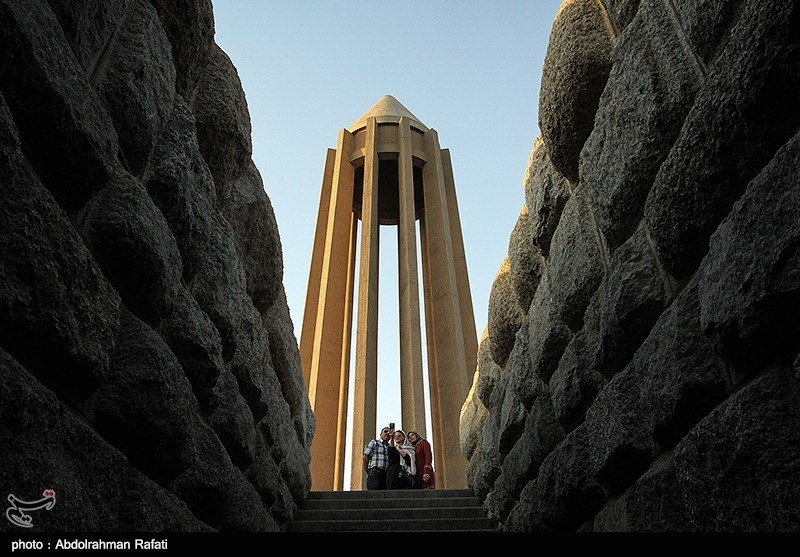 The southern hall of the tomb-museum is now allocated to keep the coins, ceramics, bronzes and other subsoil discovered items from the B.C. millenniums and the Islamic era. The northern hall is composed of a library including 8000 volumes of exquisite handwritten and printed books both from Iran and abroad, and some booths related to works of Bu Ali Sina and other Hamadan poets and authors. An image of Bu Ali’s scull is also exhibited in the booth of his works. The image might be taken while destroying the old tomb. 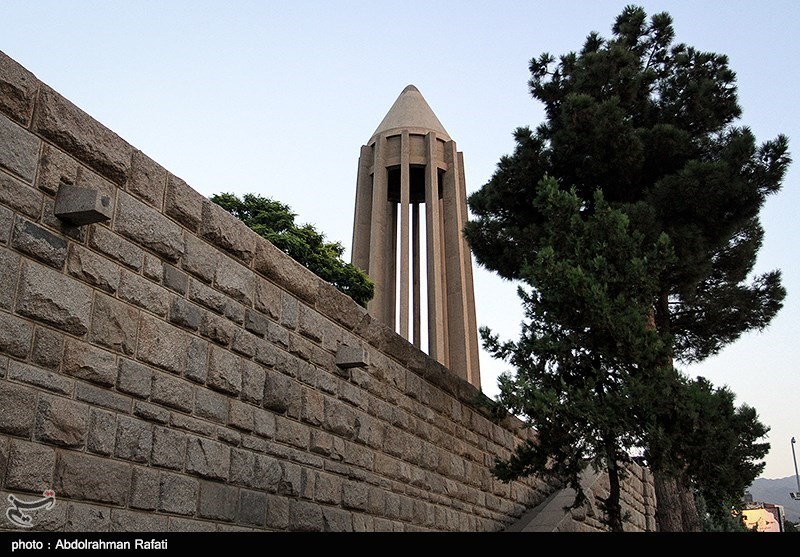 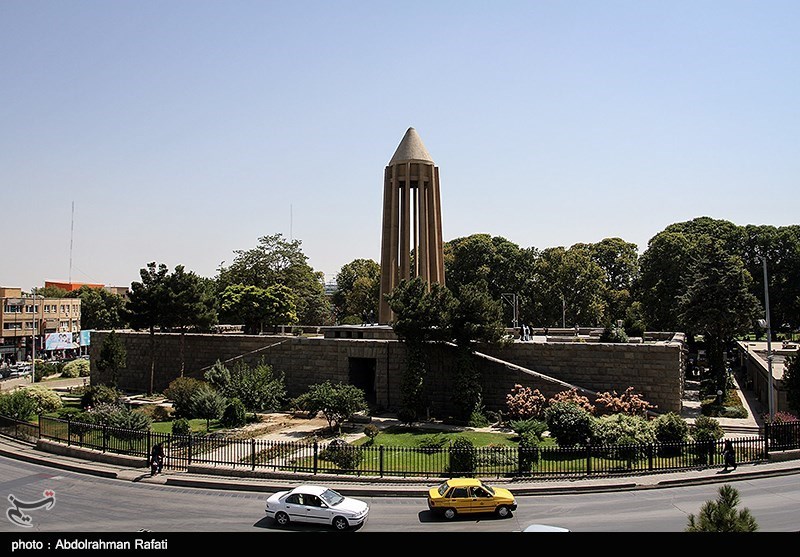 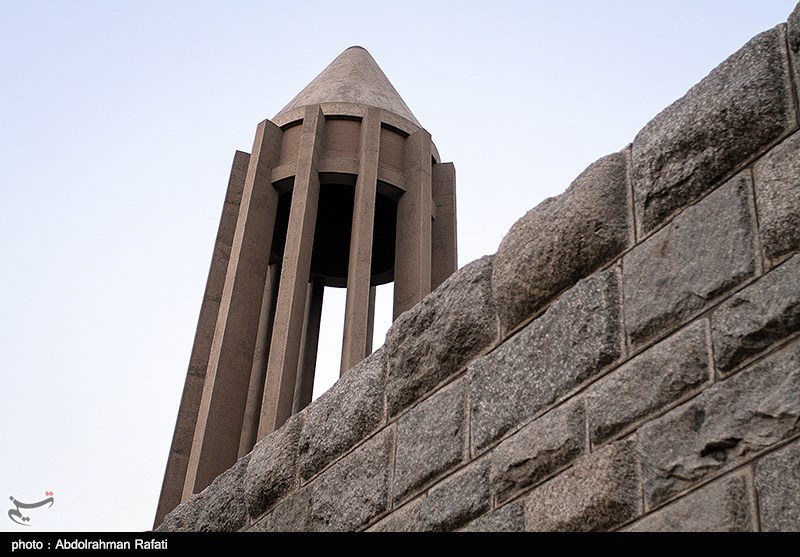 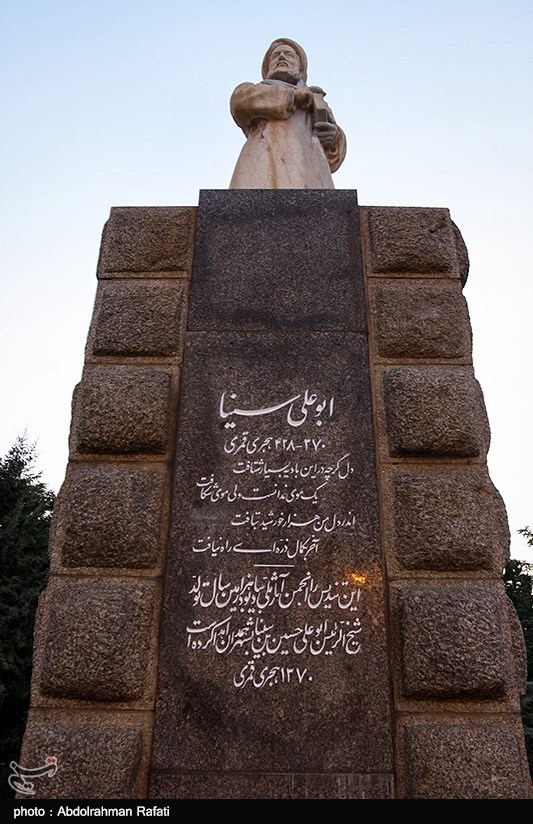