Narenjestan building has been constructed by artisans of Shiraz over 3,500 square meters of land with total foundation area of 940 square meters in two northern and southern wings. The southern wing was special to servants and included two porticos with inlaid wooden columns and rooms decorated with beautiful plaster work. 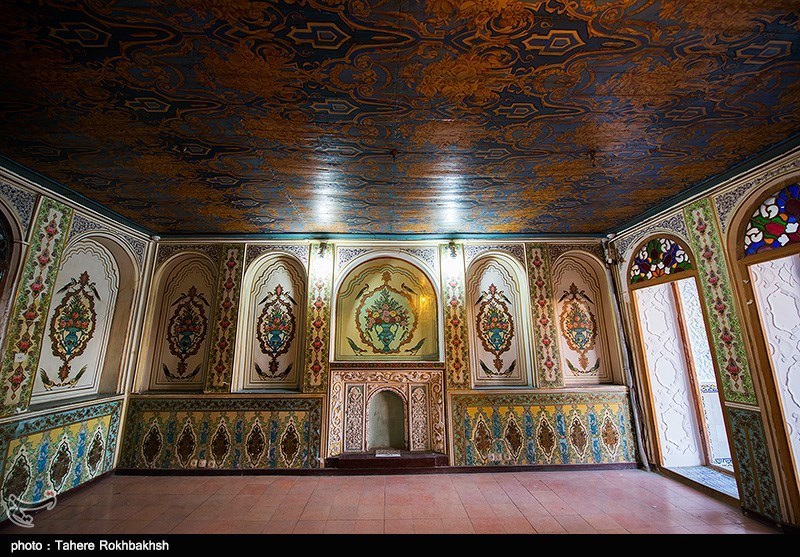 The northern wing has two stories and includes a portico with two stone columns flanked by inlaid doors and windows and including a wooden roof with mirror work along with paintings and is among architectural feats of Qajar era.

Mirror hall is in the middle and surrounded by rooms on right and left in a symmetrical way. Floor of porticos are covered with white and blue tiles in a beautiful manner and attractive plaster work has covered walls of the porticos. 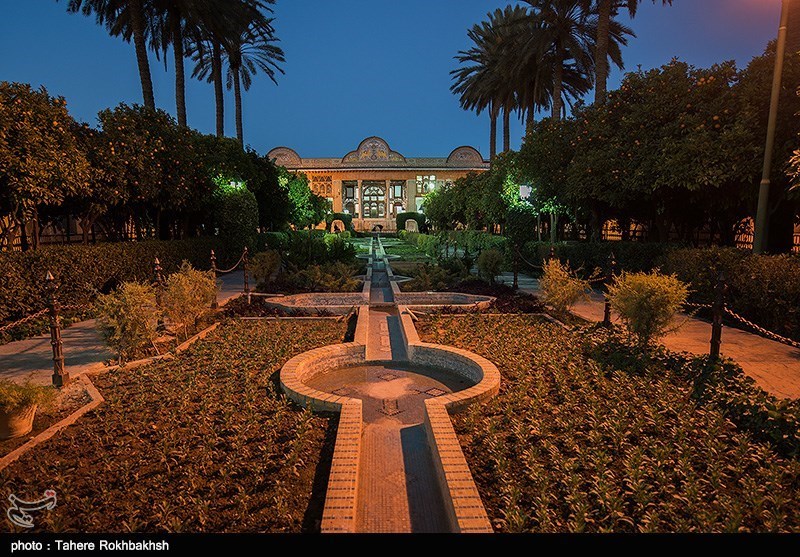 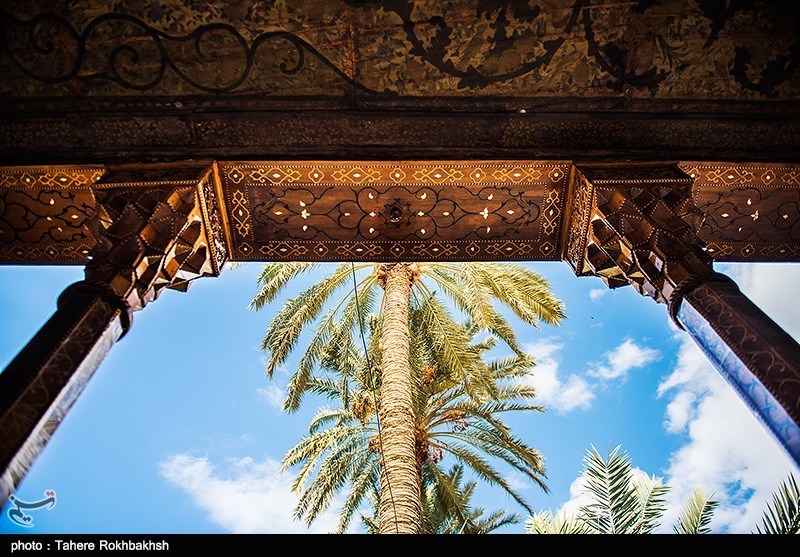 The main entrance of the garden opens toward south along the main axis of the building and into an octagonal corridor. Its façade is decorated with bricks. There is a tablet of marble stone on top of the entrance on which Quranic verses have been written along with poems of Asudeh Shirazi about founder of the garden and date of its construction. 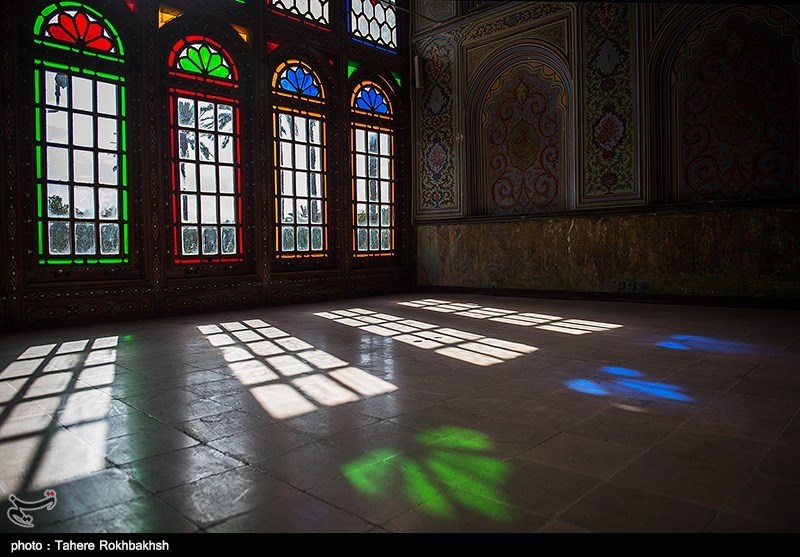 On both sides of the lower part of the entrance you can see two Qajar soldiers holding their rifles. The entrance door is made of wood and has been inlaid. Ceiling of the octagonal corridor is decorated with bricks and tiles and is shaped like stars. 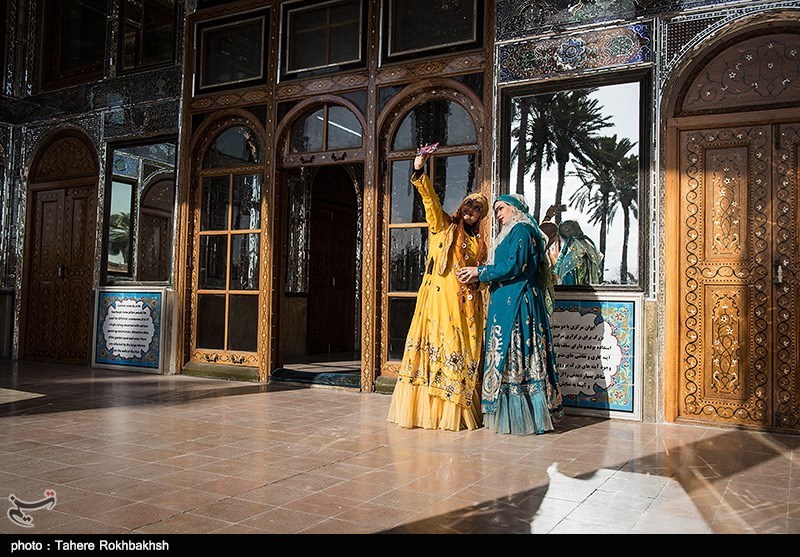 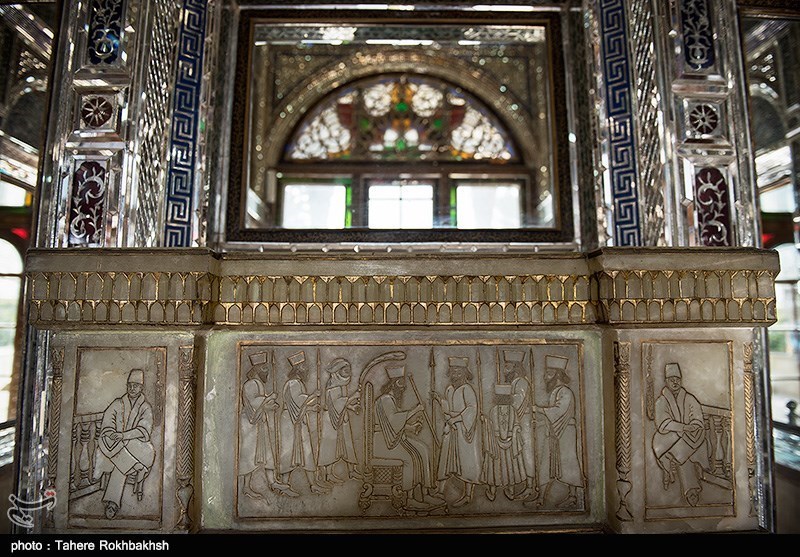