TEHRAN (Tasnim) – A Wednesday terrorist attack on the Iranian Parliament and the police siege of the building finished in the afternoon. The whole four gunmen have been killed in the exchange of gunfire.

Earlier reports said exchange of gunfire in a corridor of the parlaiment has injured a security guard in the parliament.

Reports suggest that a number of gunmen (possibly three) are involved in the attack.

Witnesses say shooting is still being heard in the parliament. A bullet has been fired at the journalists’ zone.

Some lawmakers say the injured security guard has died. Tasnim could not independently verify the authenticity of the report.

0607 GMT: Tasnim reporter at parliament site said the lawmakers have been locked in the parliament’s hall.

Shooting seems to have ended, but the assailants have not been arrested so far.

0630 GMT: Tasnim reporter inside the parliament said four security guards have been shot in the incident, while one of them have lost his life.

0632 GMT: The attack has been carried out by three gunmen, who are still inside the parliament building. Two of them are armed with AK-47 assault rifles, and the third one has a handgun.

0645 GMT: The four injured at the parliament included two ordinary clients, a service staffer, and the security guard, who is said to have died.

0654 GMT: In latest development, Rapporteur of the Parliament's National Security and Foreign Policy Commission Hossein Naqavi Hosseini told Tasnim that gunfire still continues, but the security forces have the situation under control.

All roads to the Parliament in downtown Tehran have been closed.

0727 GMT: Interior Minister Abdolreza Rahmani Fazli told reporters that an emergency session of the Tehran Province Security Council is going to be held. He declined to provide more details.

0732 GMT: One of the gunmen who had gotten out of the parliament building had to go back inside after facing a police blockade. Terrorists are now firing shots to the Parliament’s outside periphery.

0751 GMT: One of the security forces is appearing in a front window of the parliament. 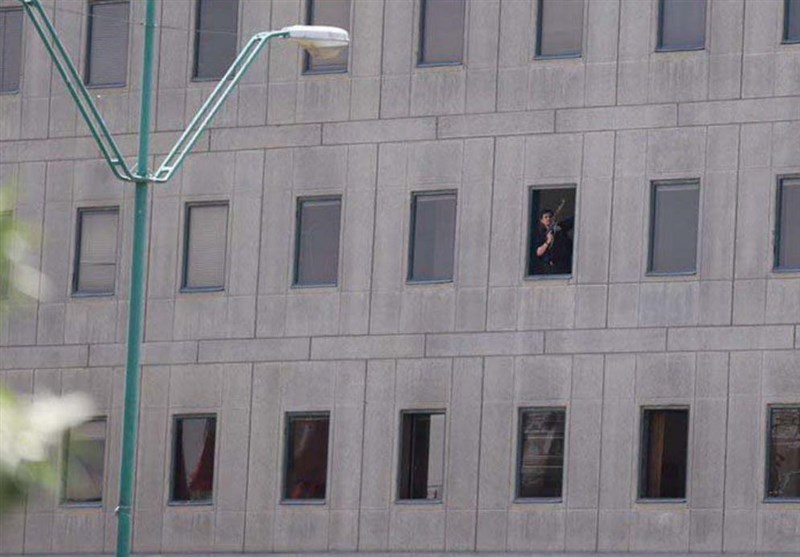 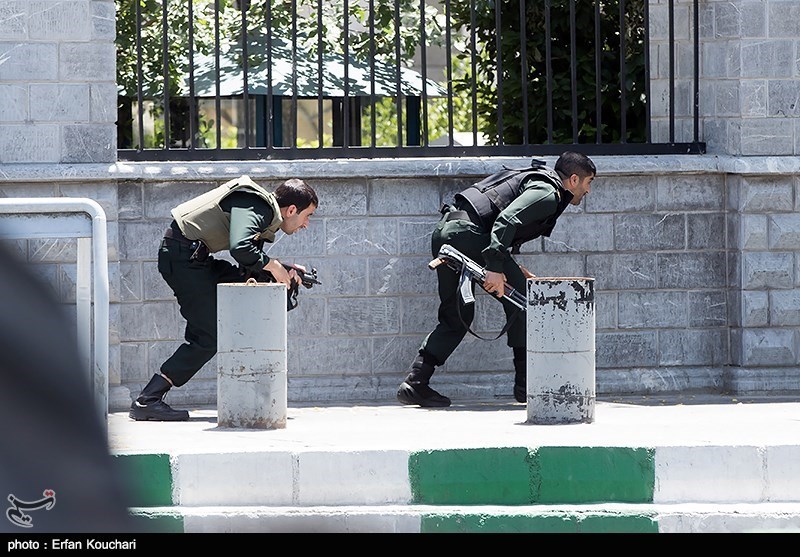 0755 GMT: Sources in the parliament told reporters that the terrorist attack has killed seven people so far, while 4 others are being held hostage on the top floors of the building. Security sources have not still confirmed the news.

0802 GMT: Sources told Tasnim that the Islamic Revolution Guards Corps (IRGC) hostage rescue teams have killed one of the four gunmen inside the parliament. No official has verified the statement yet. 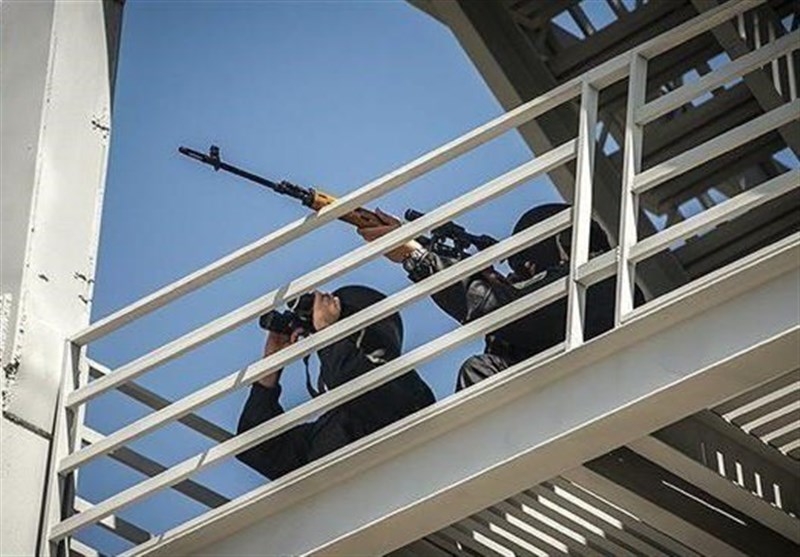 1005 GMT: Latest Tasnim pictures of the terrorist incident at the Iranian parliament building. 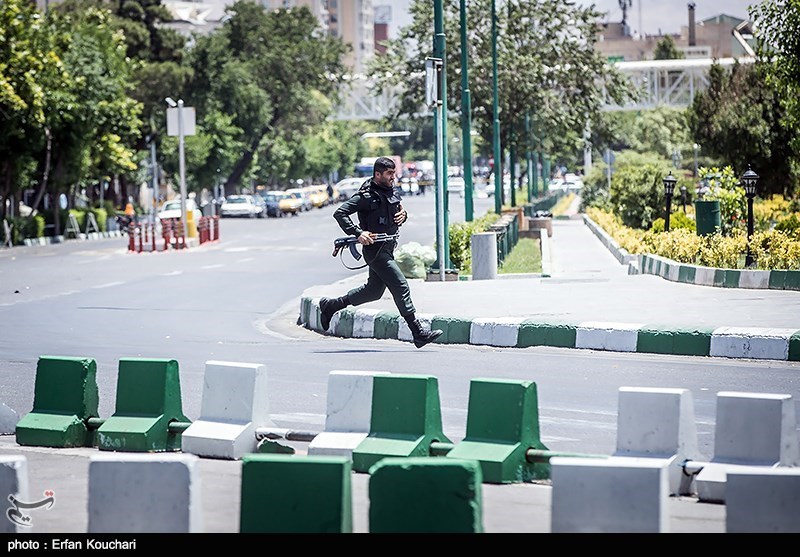 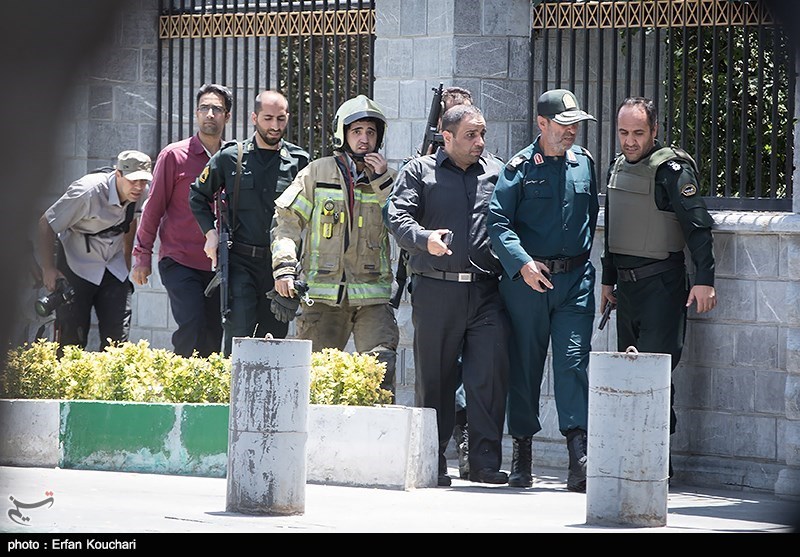 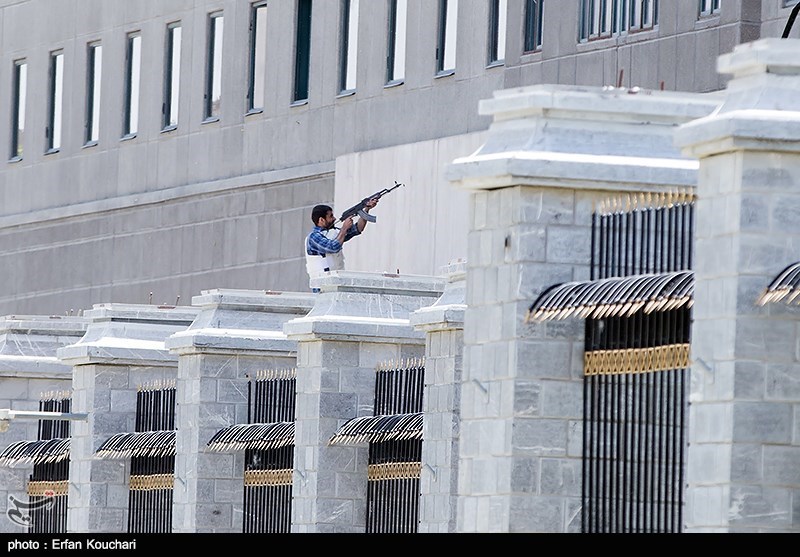 0955 GMT: Iran’s Deputy Interior Minister for Security Affairs Hossein Zolfaqari told the TV’s midday news program that the terrorist attack at the parliament has killed two people and has injured more than 30 others.

According to the official, the assailants had entered the parliament building dressed as women.

1030 GMT: An image obtained by Tasnim shows the body of one of the assailants that launched a terrorist attack on the Iranian parliament on Wednesday morning. 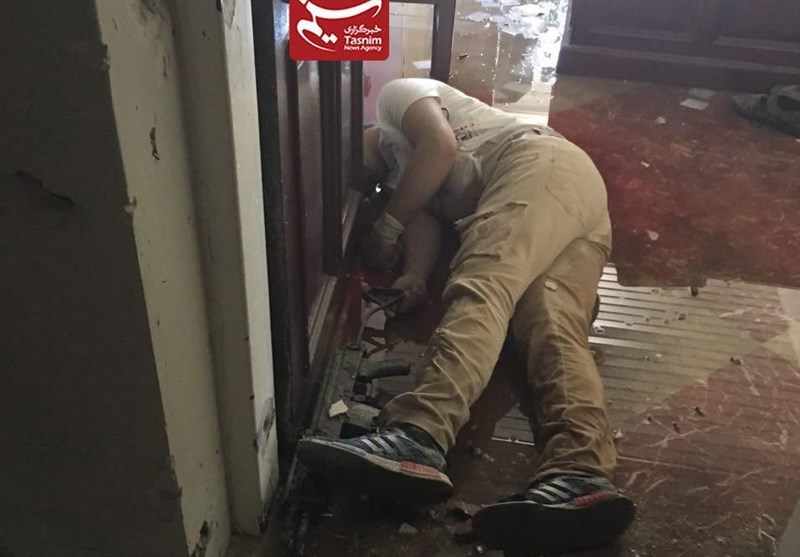 1042 GMT: Police said siege at the Iranian parliament has ended with the killing of all four terrorists.

This item will be updated