No US License Needed to Buy Sukhoi Superjet-100: Iranian Official

TEHRAN (Tasnim) – The modifications that Sukhoi has made to its Superjet-100 passenger plane would allow the Russian aircraft manufacturer to sell the plane to Iran without the need for a license from the US Treasury's Office of Foreign Assets Control (OFAC), an Iranian official announced.

Speaking to Tasnim on Monday, Secretary of Association of Iranian Airlines Maqsoud Asadi Samani said Sukhoi has made the latest modifications to Superjet-100, and has overcome the limitations to sales to Iran, as less than 10 percent of the aircraft's components are American-made.

Under the US sanctions, manufacturers selling planes to Iran need a license from the US Treasury's Office of Foreign Assets Control (OFAC) if at least 10 percent of the plane's components are of American origin.

Elsewhere in his remarks, made on the sidelines of a product presentation event in Tehran, Asadi Samani said Sukhoi has held the event as part of efforts to catch up with Western plane makers for a share of Iran's market.

The official also described Super-100 as a suitable option for Iran, considering that many of the country’s airports remain unused due to lack of regional planes with fewer than 100 seats.

The Russian plane’s price varies from 20 to 25 million dollars, depending on its options, he noted.

Iran is gradually receiving the passenger planes purchased from Airbus, ATR , and Boeing, following the implementation of the JCPOA, a nuclear agreement between Tehran and the Group 5+1 (Russia, China, the US, Britain, France and Germany). 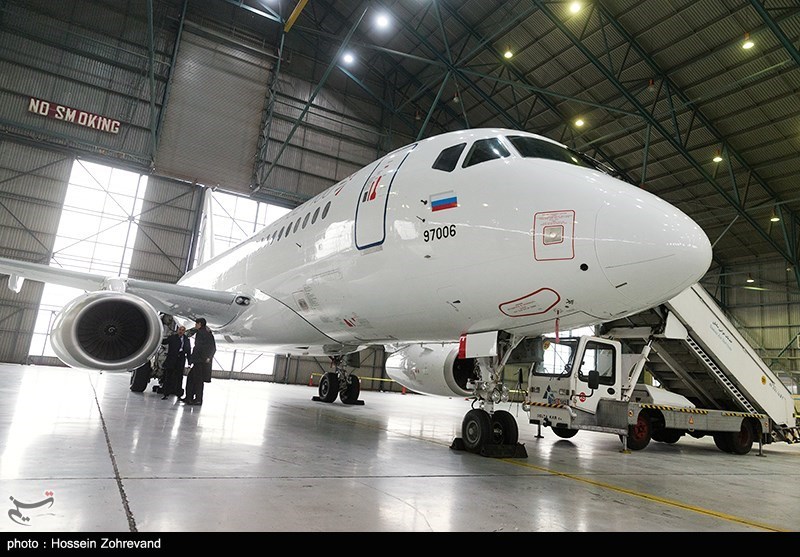 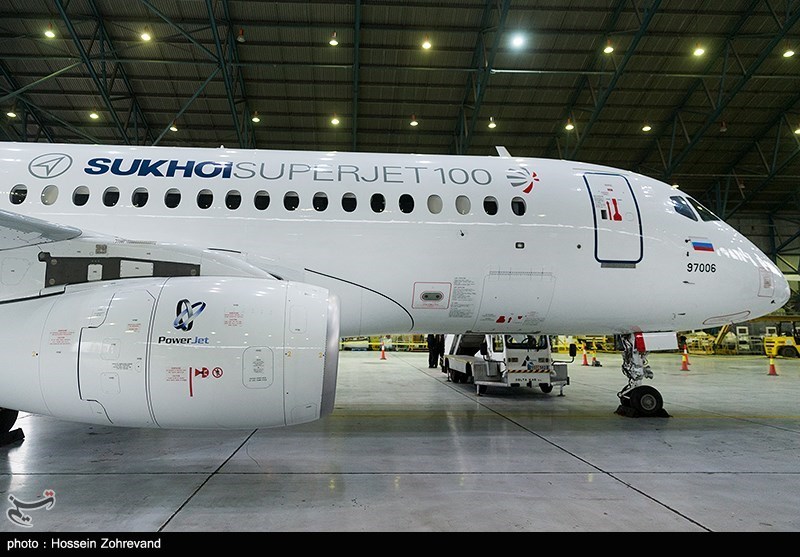 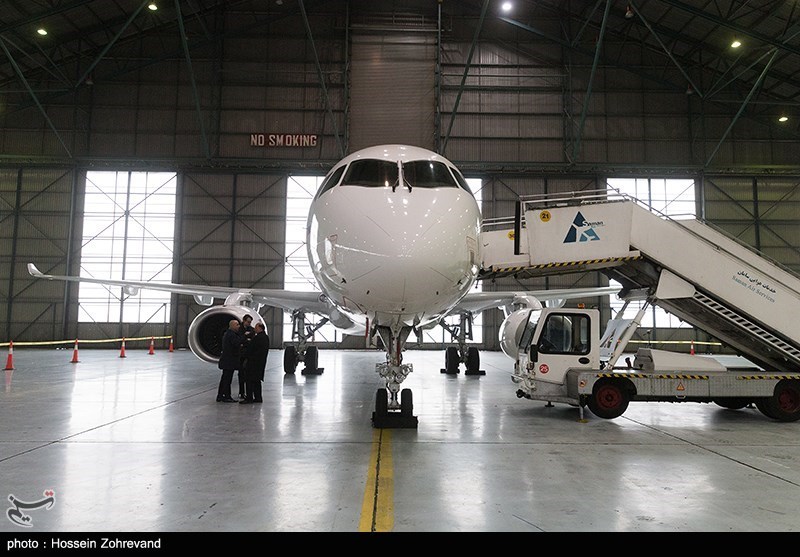 During a January 2016 visit to Paris by Iranian President Hassan Rouhani, Tehran signed a major contract with Airbus worth about $27 billion to buy 118 planes.

Later in June 2016, Iran sealed another deal worth around $25 billion with the US aerospace heavyweight, Boeing, for the purchase of 100 passenger planes.

In December 2016, the deal with Boeing was finalized, allowing Iran to buy 80 planes within 10 years.