Speaking to IRIB after a meeting with Russian President Vladimir Putin near Moscow on Thursday, Velayati said he met with Putin to convey the message of Leader of the Islamic Revolution Ayatollah Seyed Ali Khamenei and Iranian President Hassan Rouhani.

Hailing the “very constructive, clear and cordial” negotiations in the meeting that took about two hours, Velayati said the two sides discussed all issues of mutual interest.

The Russian president has expressed satisfaction with the progress in the bilateral ties between Tehran and Moscow and with the implementation of the agreements achieved in his meetings with President Rouhani in recent years, he said. 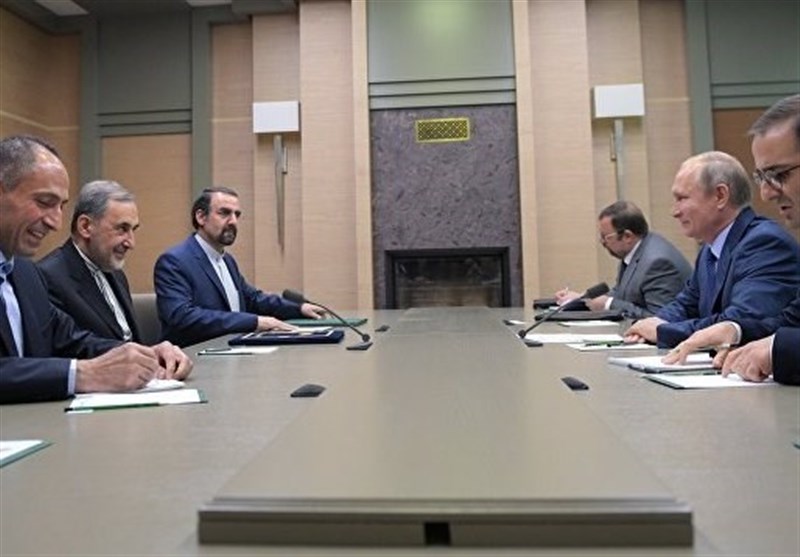 Highlighting Putin’s satisfaction with a 36-percent increase in the value of trade exchange between Iran and Russia in the first 4 months of 2018, Velayati said the Russian leader has emphasized the necessity for close cooperation with Iran in the oil industry, peaceful nuclear energy, communications and the North-South railroad corridor connecting the Russian city of St. Petersburg to Iran’s southeastern port city of Chabahar.

As regards cooperation in the energy industry, Velayati said one of Russia’s major oil companies has signed a $4-billion agreement with Iran, which will be implemented soon.

Two other large Russian oil companies, namely Rosneft and Gazprom Neft, have started negotiations with Iran to sign agreements worth up to $10 billion, he added.

Velayati also quoted Putin as hailing the oil cooperation between Iran and Russia, saying Russia has announced readiness to make investment as high as $50 billion in Iran’s oil and gas industry, and that Russian firms could replace the western companies that have left Iran.

As for cooperation in the nuclear industry, Velayati said Iran has already built a 1000-MW reactor with the help of Russia, adding that Putin was personally updated on details of construction of two other reactors Russia is building in Iran. 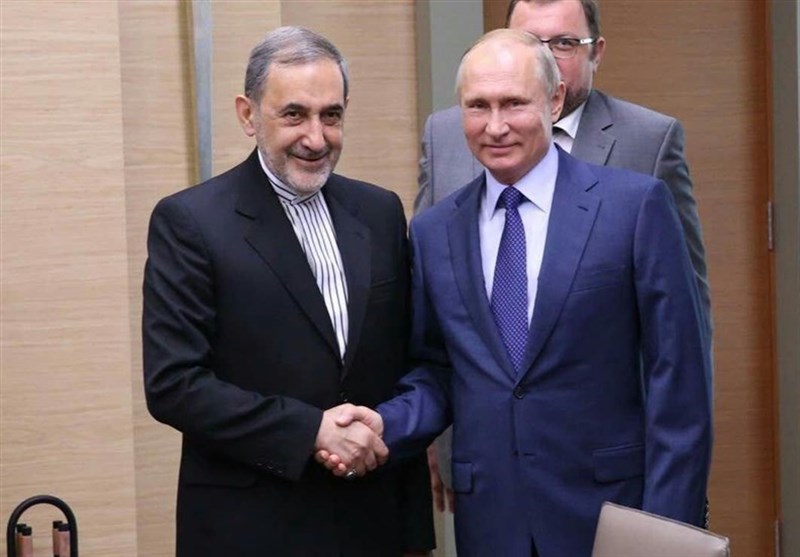 The two new reactors, a 100-MW and a 35-MW one, are being built along Iran’s southern coasts and will be employed to generate electricity and desalinate water, he noted.

Russia has agreed to transfer the technology of construction of small reactors for the southern coasts of Iran, Velayati added.

The Russian president also voiced satisfaction with promotion of cooperation in the railroad industry, Velayati said, pointing to Russia’s assistance for Iran in the electrification of the Incheh Borun-Garmsar railroad track.

Investment in Iran’s railroad industry could accelerate transportation of goods and lead to 40-percent saving in time and expenses when it comes to the transit of commodities from Southeast Asia, the Iranian official stated.

On regional cooperation, Velayati said Putin has emphasized that Russia and Iran will keep working together to support Syria’s legitimate government and also cooperate in Iraq to defend the territorial integrity of the two nations.

Putin underlined that Russia, Iran and Turkey will stick to the Astana process for peace in Syria, he added.

The Russian leader also denounced the US sanctions against Iran, saying such measures that are out of step with the United Nations Security Council’s decisions are unacceptable, Velayati went on to say.

He said Putin has voiced support for Iran’s rights under the Joint Comprehensive Plan of Action (JCPOA) and given an assurance that Moscow will stand with Tehran and defend its rights.

Iran and Russia are going to continue negotiations in various fields, Velayati underlined, saying the next round of Astana peace talks will be held in Tehran, bringing together officials from Russia, Iran and Turkey.

What has been agreed upon in general during the meeting with Putin will be discussed in details in a meeting with Russian Energy Minister Alexander Novak, Velayati further said.

He also unveiled plans for a speech to the meeting of the Valdai International Discussion Club in Russia in order to explicate Iran’s foreign policy.