In the statement that was issued at the end of the Tehran trilateral summit, Rouhani, Putin, and Erdogan voiced their resolve to continue cooperation in order to ultimately eliminate Daesh (ISIS), Al-Nusra Front and all other terror groups.

Following is the full text of the joint statement:

1. Expressed their satisfaction with the achievements of the Astana format since January 2017, in particular, the progress made in reducing violence across the Syrian Arab Republic and contributing to peace, security and stability in the country.

2. Emphasized their strong and continued commitment to the sovereignty, independence, unity and territorial integrity of the Syrian Arab Republic as well as to the purposes and principles of the UN Charter and highlighted that they should be respected by all. They reiterated that no actions, no matter by whom they were undertaken, should undermine these principles. They rejected all attempts to create new realities on the ground under the pretext of combating terrorism and expressed their determination to stand against separatist agendas aimed at undermining the sovereignty and territorial integrity of Syria as well as the national security of neighboring countries.

3. Discussed the current situation on the ground, took stock of the developments regarding the Syrian Arab Republic following their last meeting in Ankara on 4 April 2018 and agreed to continue trilateral coordination in accordance with their agreements. In this regard, they took up the situation in Idlib de-escalation area and decided to address it in line with the above-mentioned principles and the spirit of cooperation that characterized the Astana format.

4. Reaffirmed their determination to continue cooperation in order to ultimately eliminate DAESH/ISIL, Al-Nusra Front and all other individuals, groups, undertakings and entities associated with Al-Qaeda or DAESH/ISIL, as they have been designated as terrorists by the UN Security Council. They underlined that, in the fight against terrorism, separation between the above-mentioned terrorist groups and the armed opposition groups that had joined or would join the ceasefire regime, would be of utmost importance including with respect to preventing civilian casualties.

5. Reaffirmed their conviction that there could be no military solution to the Syrian conflict and that it could only end through a negotiated political process. They reaffirmed their determination to continue active cooperation with a view to advancing the political process in consistence with the decisions of the Syrian National Dialogue Congress in Sochi and the UN Security Council Resolution 2254.

6. Reaffirmed their resolve to continue joint efforts aimed at advancing the Syrian led and Syrian-owned process for reaching a political settlement and reiterated their commitment to help establish and launch the work of the Constitutional Committee. They expressed their satisfaction with the useful consultations between their senior officials and the United Nations Secretary General’s Special Envoy for Syria.

7. Emphasized the need to support all efforts to help all Syrians restore their normal and peaceful life and to alleviate their sufferings. In this regard, they called upon the international community, particularly the United Nations and its humanitarian agencies, to increase their assistance to Syria by providing additional humanitarian aid, facilitating humanitarian mine action, restoring basic infrastructure assets, including social and economic facilities, and preserving historical heritage.

8. Reaffirmed their determination to continue joint efforts aimed at protecting civilians and improving the humanitarian situation via facilitating rapid, safe and unhindered humanitarian access to all Syrians in need.

9. Highlighted the need to create conditions for the safe and voluntary return of refugees and internally displaced persons (IDPs) to their original places of residence in Syria. To this end, they emphasized the necessity of coordination among all relevant parties, including the Office of the United Nations High Commissioner for Refugees (UNHCR) and other specialized international agencies. They agreed to consider the idea of convening an international conference on Syrian refugees and internally displaced persons (IDPs).

10. Welcomed the progress of the work of the Working Group on the release of detainees/abductees and handover of the bodies as well as the identification of the missing persons, as undertaken with the participation of the UN and ICRC experts.

12.  The Presidents of the Russian Federation and the Republic of Turkey expressed their sincere gratitude to the President of the Islamic Republic of Iran H.E. Hassan Rouhani for hosting the Tripartite Summit in Tehran. 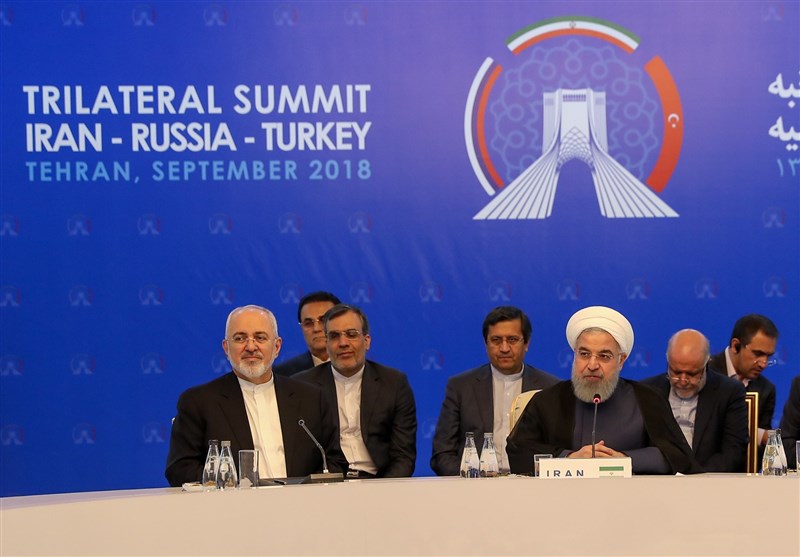 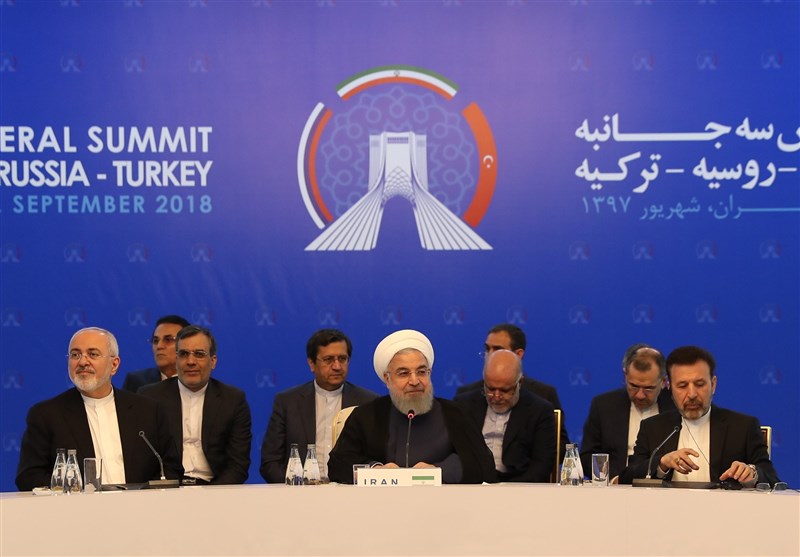 Moscow Urges for Full Implementation of JCPOA Commitments by All Parties

Iran Rules Out Talks on US’ Return to JCPOA