Iran’s General Soleimani to Trump: ‘I Will Stand against You’

TEHRAN (Tasnim) – Commander of the Islamic Revolution Guards Corps (IRGC) Quds Force Major General Qassem Soleimani responded to US President Donald Trump’s announcement that ‘sanctions are coming’ with a Game of Thrones-inspired meme of his own.

“Come! We are waiting,” Major General Soleimani wrote on his Instagram page on Friday.

“I can stop you. Quds Force can stop you,” added Soleimani. “You start this war, but we will finish it.”

Earlier in the day, Trump tweeted an image of himself with the message borrowed from the HBO fantasy show, based on George R.R. Martin’s unfinished book series. 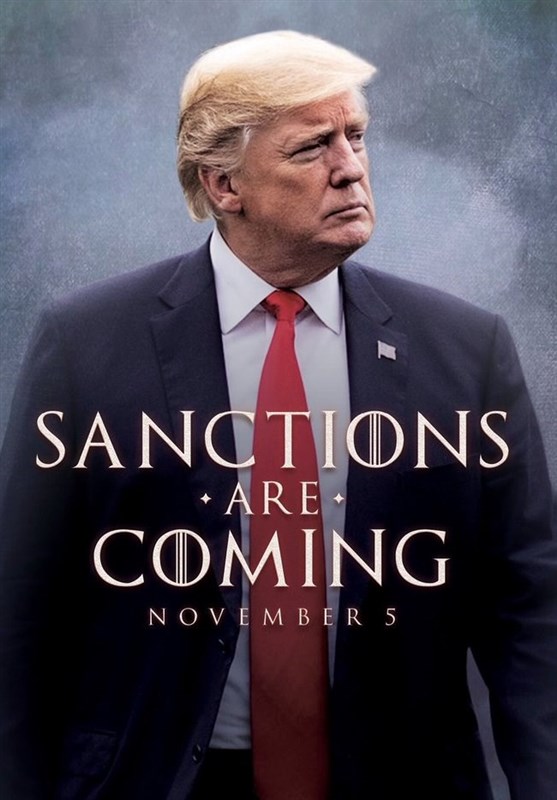 The US president’s critics quickly panned the tweet, and even HBO objected to the “trademark misuse,” though staying in-character.

US Not to Reach Goals behind Anti-Iran Sanctions: Cleric

US Not to Reach Goals behind Anti-Iran Sanctions: Cleric