In another operation, the Navy’s hovercrafts launched ground-to-ground cruise missiles to hit targets at long distances.

The Navy’s experts have recently mounted missile launchers on the hovercrafts, which used to be employed only for carrying troops in the past. 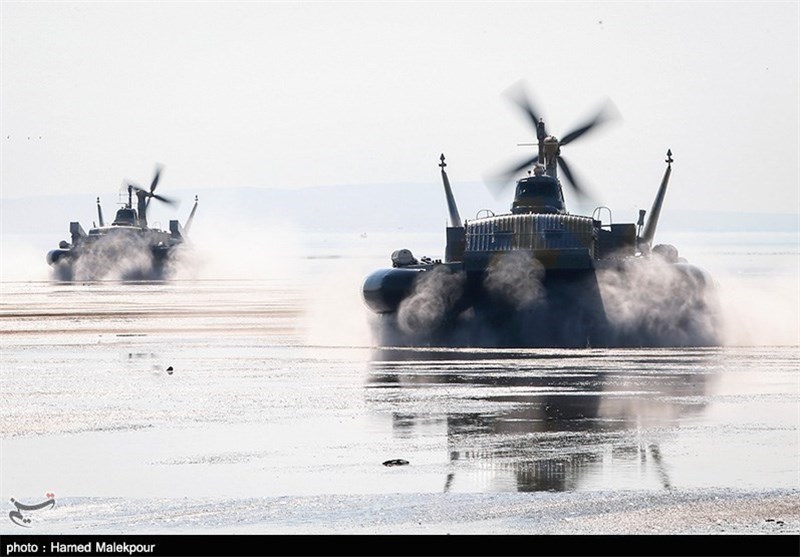 The war game is being held in an area of around 2 million square kilometers in Iran’s southern waters, from the Strait of Hormuz to the southeastern coasts of Makran, the Sea of Oman and the northern parts of the Indian Ocean, down to the 10-degrees latitude.

The drill is held in four separate phases, including naval parades, simulation of a real naval war, maritime and land offense to practice recapturing the territories occupied by the enemy, and the display of the Navy’s power by launching various types of missiles and torpedoes.