TEHRAN (Tasnim) – Iranian Foreign Minister Mohammad Javad Zarif, who is in Norway on the third leg of his tour of Scandinavia, held talks with Norwegian Prime Minister Erna Solberg and Minister of Trade, Industry and Fisheries Torbjorn Roe Isaksen.

Zarif, who arrived in the Norwegian capital of Oslo on Wednesday, attended a meeting with Solberg on Thursday to discuss issues of mutual interest.

The Iranian top diplomat also held a separate meeting with Isaksen on Thursday, discussing a host of issues, including ways to boost bilateral relations between the two countries in diverse economic fields. 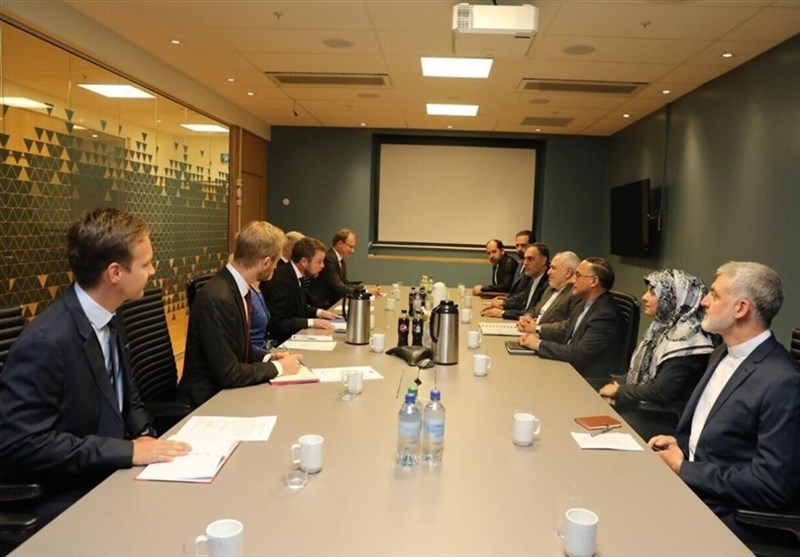 Zarif started his tour of Scandinavia on Sunday night, which has taken him to Finland, Sweden, and Norway.

During his visit to Finland, Zarif met with President Sauli Niinisto and his Finnish counterpart, Pekka Haavisto.

He also met with Finnish Minister for Development Cooperation and Trade Ville Skinnari during his stay in the country.

Zarif left Finland on Monday for Sweden on the second leg of a three-nation tour of Scandinavia.

The top Iranian diplomat had visited Kuwait before heading to Scandinavia.

From Norway, Zarif plans to make an official visit to France and meet with French President Emmanuel Macron and Foreign Minister Jean-Yves Le Drian on Friday.