Addressing a huge gathering of worshippers in Tehran’s Mosalla (Grand Prayer Grounds) on Friday, Ayatollah Khamenei hailed “the miraculous presence” of the wise nation of Iran at the funeral of Gen. Soleimani and his companions, as well as the crushing response of the Islamic Revolution Guards Corps (IRGC) to the US assassination.

“The nation showed its true nature which is resistance against the demons,” the Leader said, adding that the only way to continue this dignified path is to make Iran stronger in all fields.

“The past two weeks were eventful and exceptional weeks. There were bitter and sweet events for the Iranian nation to take lessons from during these two weeks,” Ayatollah Khamenei was quoted by the Leader’s official website as saying.

“What does ‘Allah’s Days’ mean? It’s the day when one sees God’s power in events. The day when tens of millions in Iran and hundreds of thousands in Iraq and other countries took to the streets to commemorate Martyr Soleimani, creating the world’s largest funeral. This is one of Allah’s Days.

“The day when IRGC's missiles demolished the US military base in Iraq is also one of Allah's days. A nation having the spirit to slap a global, harassing, Arrogant Power in this way shows God's power and is one of Allah’s Days.

“After 41 years since the Islamic Revolution's victory, which power did bring this unparalleled, massive crowd to the funeral of Martyr Soleimani? Who did create these tears, love and enthusiasm? What factor could bring such a miracle other than God's power?,” the Leader asked.

“The shameless US government was disgraced by calling Martyr Soleimani a terrorist when he was recognized by everyone as the most prominent and powerful commander in the fight against terrorism,” the Leader said, adding, “Which other commander could do the great things he did?

“The Zionist news empire tried to say our honorable General is a terrorist! The US’s President and his secretary of state repeated this. God did the opposite of what they wanted. Not only in Iran but in various countries, did people salute this martyr and set fire to the Zionist and US flags.

“The US gov’t killed Martyr Soleimani, not on the battlefield but thievishly and cowardly. Before that, such assassinations were the Zionist regime's specialty. Now, US president says he assassinated Soleimani. God smacks some people to make them confess,” Ayatollah Khamenei said.

“For years, the US has been receiving blows from the Resistance in Syria, Iraq, Lebanon and Afghanistan. But, bombing a US military base was greater than these since it defied the prestige and awe of the US. They said they’ll intensify sanctions. This can't win back their dignity.

“The Quds Force is an entity with lofty, human goals. The Quds Force looks everywhere and at everyone with tolerance. They are combatants without borders who go wherever they are needed to protect the dignity of the oppressed. They make sacrifices to protect sanctities.

“The combatants in the Quds Force sacrifice their lives to assist the oppressed in the region. They help them to confront terrorism and Arrogance and push away the shadow of war, terror, and destruction from Iran and other countries,” the leader said.

"With their turnout in the 10s of millions for Martyr Soleimani's funeral, the Iranian nation showed they support resistance against the enemy’s aggression. These American clowns lie in utter viciousness that they stand with the Iranian people. See who the people of Iran are. Are the few hundred people who disrespected posters of Iran's honorable Martyr General Soleimani “the people of Iran"? Or, are the tens of millions attending his funeral the Iranian people?"

"The threat of the French and German governments and the vicious British government to send Iran's case to the Security Council proved once again that they are the footmen of the US. These 3 countries are the ones who helped Saddam as much as they could in his war against us."

"Even when these governments negotiate, their negotiations are mixed with deception. The same people who appear at the negotiating table - the same so-called “gentlemen” behind the table - are the same terrorists of the Baghdad airport. They just change clothes."

General Soleimani, Abu Mahdi al-Muhandis, who was the deputy head of Iraq’s Hashd al-Sha'abi (PMU), and a number of their entourage were killed in a strike by American drones near Baghdad International Airport on Friday, January 3.

The White House and the Pentagon claimed responsibility for the assassination of General Soleimani in Iraq, saying the attack was carried out at the direction of US President Donald Trump.

In the early hours of Wednesday, January 8, the Islamic Revolution Guards Corps (IRGC) targeted the US airbase of Ain al-Assad in retaliation for the US move. 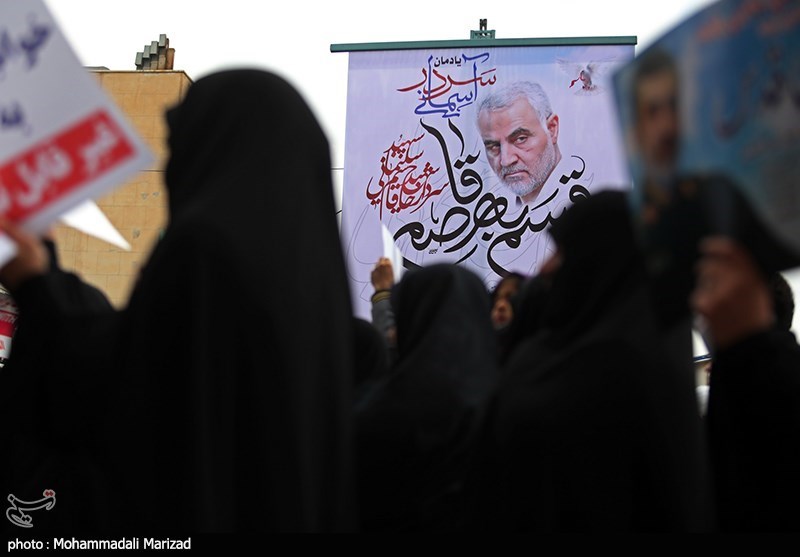 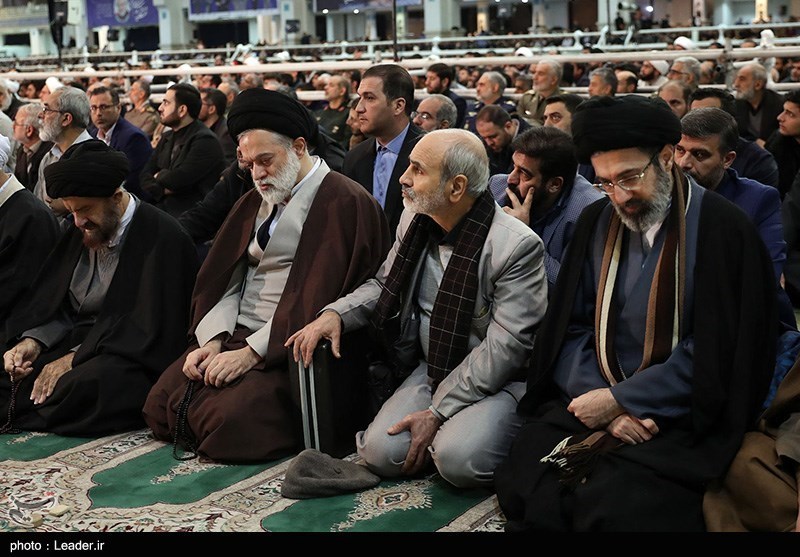 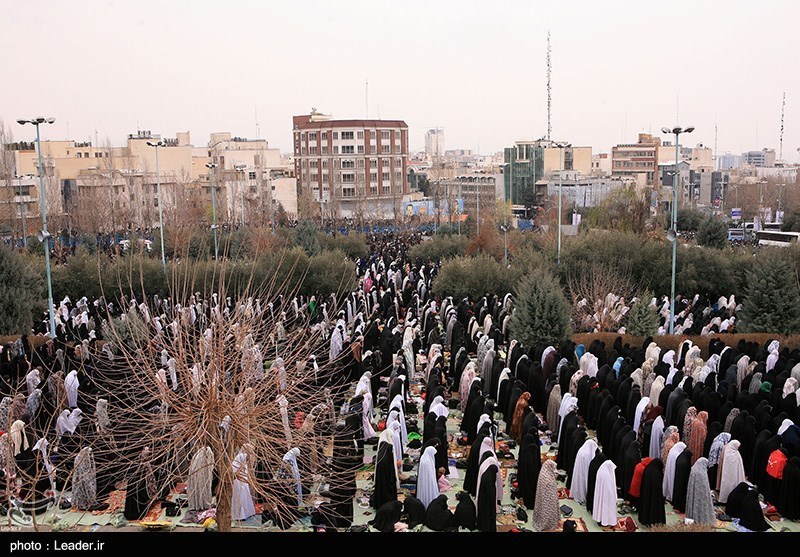 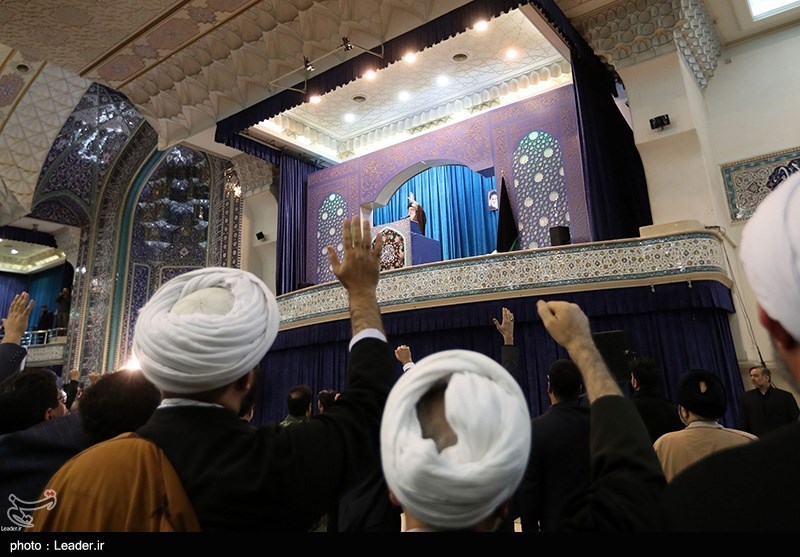 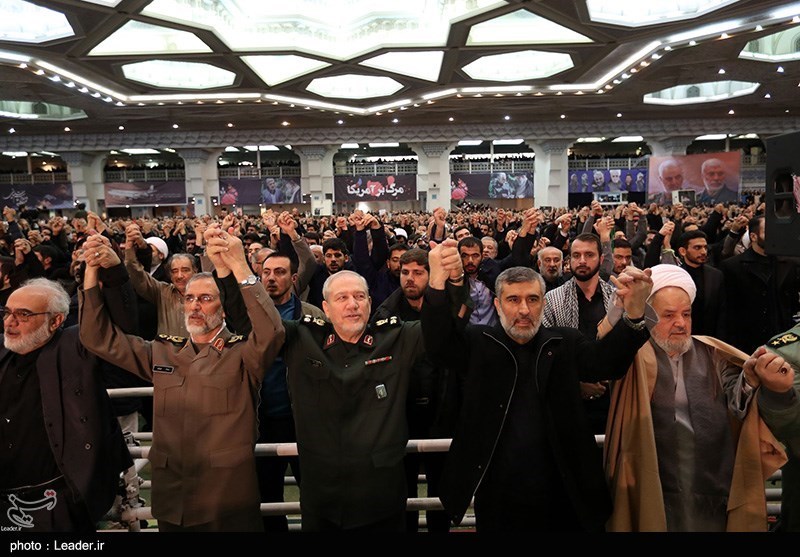 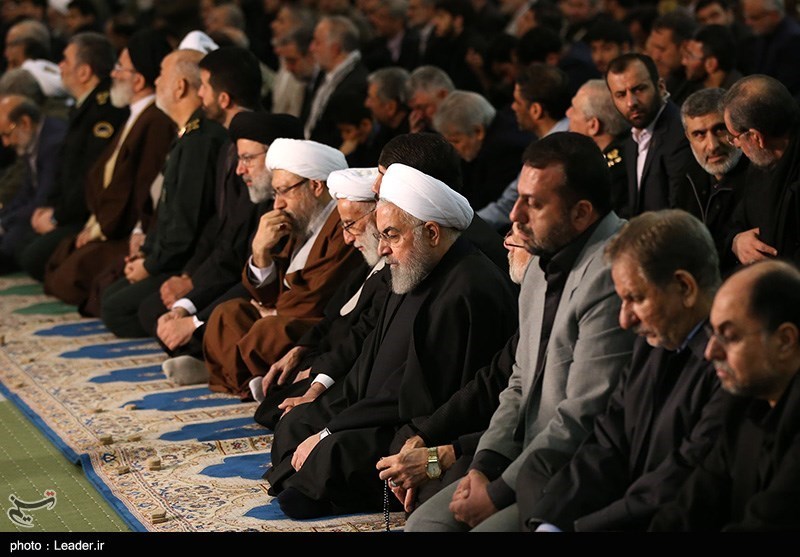 Indictments to Be Issued for Detainees in Zam Case: Iran’s Judiciary