TEHRAN (Tasnim) – Iranian First Vice-President Eshaq Jahangiri said the turnout in the ongoing elections in the country has been high.

Speaking to reporters after casting his ballot at the Friday’s nationwide votes for the parliament and the midterm elections of the Assembly of Experts, Jahangiri said the reports suggest that the turnout in the elections has been high.

He also highlighted the “constructive” role of the parliament in Iran, saying the legislature could determine the fate of people.

The vice president also enumerated the hostile measures the US has taken against the Iranian nation over the past 40 years, the latest of which he said was the assassination of top Iranian commander Lt. General Qassem Soleimani.

“The ballot box is a means by which the Iranian people announce their words to the world, and we must take the message of people and respect their views,” Jahangiri added. 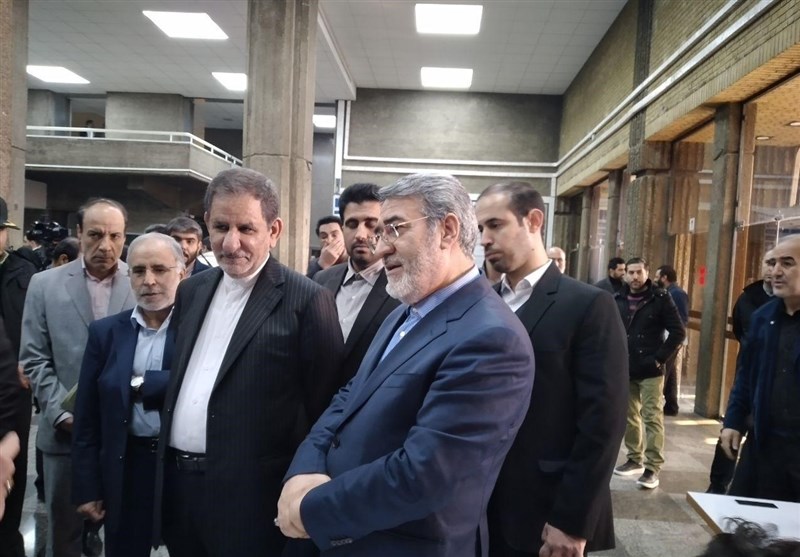 The nationwide votes for the parliament and the midterm elections of the Assembly of Experts officially began in Iran on Friday morning.

In comments after voting just minutes after beginning the election, Leader of the Islamic Revolution Ayatollah Seyed Ali Khamenei described the election day as a “national celebration” and a day to “restore the civil rights of the nation”.