TEHRAN (Tasnim) – A huge #BunkerBoy trend was triggered on Twitter after the US President Donald Trump was rushed to an underground bunker on Friday along with his wife and son, Barron amid the massive George Floyd protest in front of the White House.

Trump was moved to the secure location by the Secret Service, according to reports by the New York Times and Associated Press. According to AP, the US president spent about an hour in the facility, which is designed to be used in case of a physical threat to senior executive officials.

Both reports make it clear that the decision to move Trump into the bunker was taken by the Secret Service. The image of the man hiding from the people’s wrath like some despot on the verge of being toppled was too appealing for his many detractors to miss.

The #Resistance side of Twitter had a field day snickering about how the president was hiding underground from a bunch of 20-year-olds.

Following the allegations in the media, the hashtag #BunkerBoy started trending on Twitter, adding more fuel to the fire in relations between the sitting US president and the public. 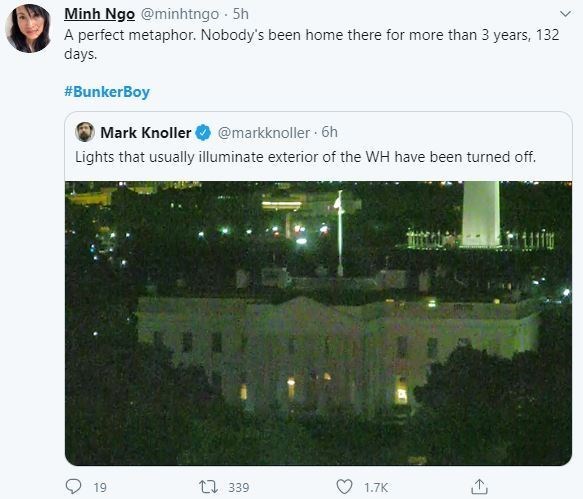 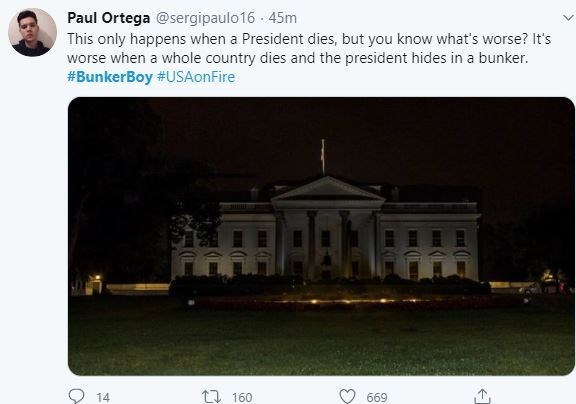 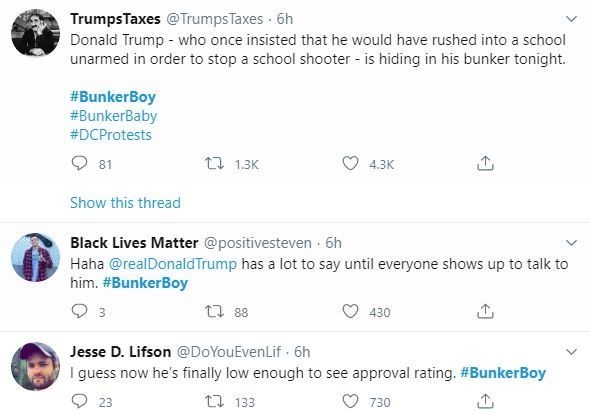 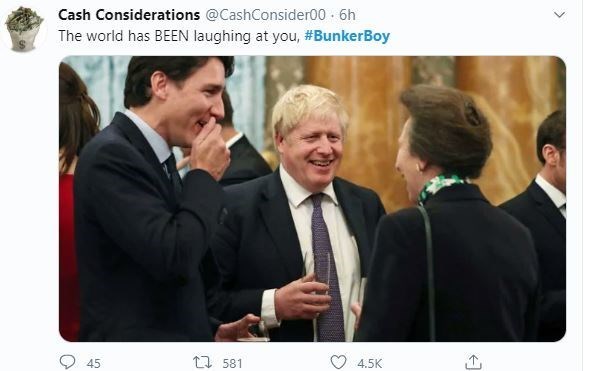 Oxfam: Remittances Drop by 80% in Yemen

US Tankers Smuggle Crude Oil from Syria to Iraq: Report

Lebanese Hold Protest Rally outside US Embassy in Beirut (+Video)