TEHRAN (Tasnim) – An Iranian Judiciary official took a swipe at the US for killing innocent civilians across the world in deadly drone strikes in the name of fighting against terrorism.

In a post on his Twitter account, the vice president of the Iranian Judiciary for international affairs and secretary general of Iran's High Council for Human Rights cited a report released by the Congress of the United States admitting that a huge number of civilians have been killed in the US drone attacks across the world in the past two decades.

“Under the pretext of countering terrorism, the US has conducted at least 14,000 drone strikes in seven countries over the last two decades. The result? 48,000 civilians killed, tens of thousands of homes shattered into pieces,” Kazem Gharibabadi said.

In a January 20 letter to US President Joe Biden, the Congress confirmed that at least 14,000 US airstrikes have been conducted by UAVs since 2002, killing as many as 2,200 civilians, including 450 children. 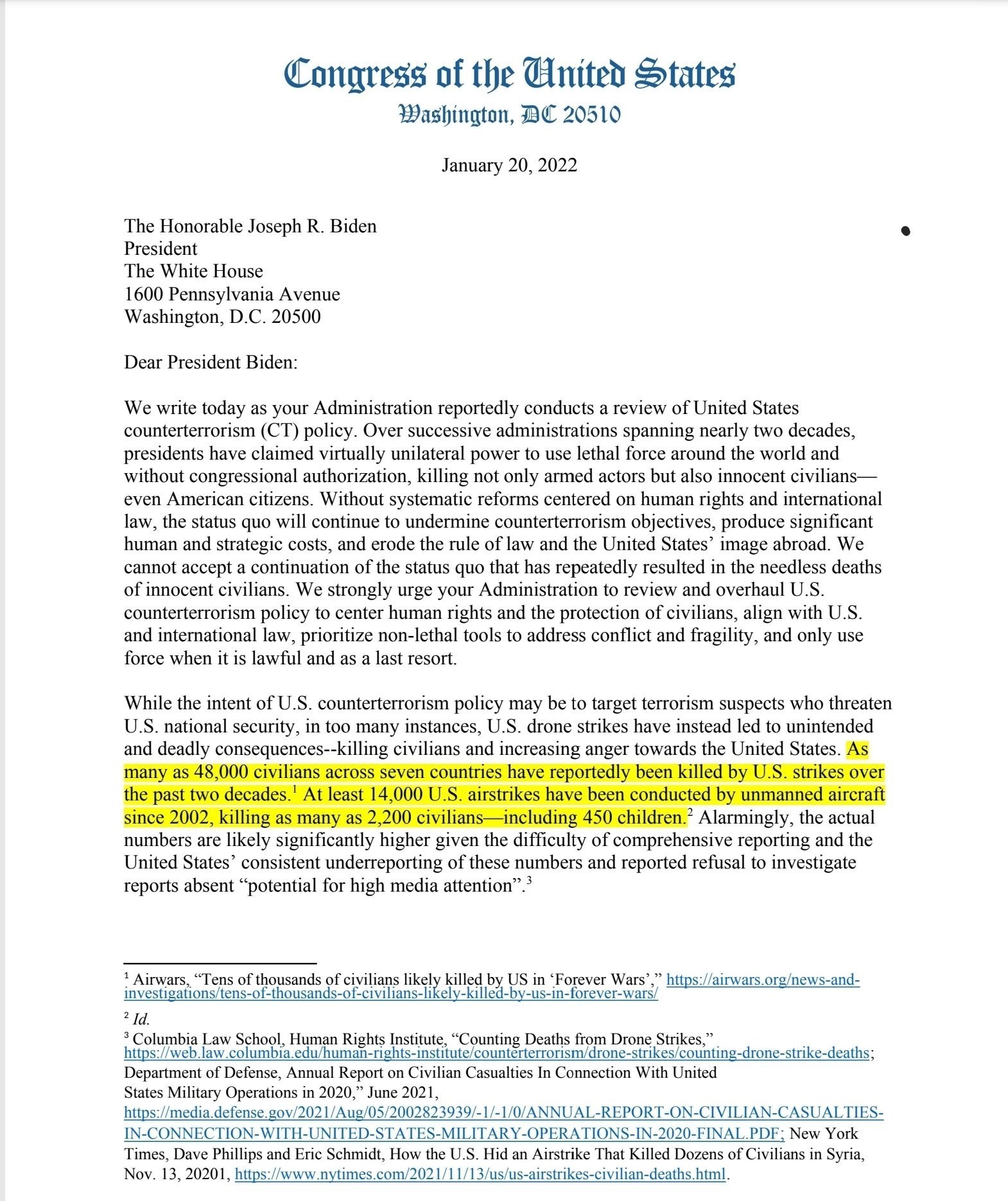 Media reports in December 2021 revealed that the US airstrikes conducted with imprecise targeting and “deeply flawed intelligence” have killed thousands of civilians in Iraq, Syria and Afghanistan.

The reports also said a trove of confidential documents covering more than 1,300 reports of civilian casualties undercuts the government's portrayal of a war fought with precision bombs.