TEHRAN (Tasnim) – Ukraine’s ambassador to Tehran deplored the Western governments’ reluctance to accept his country as a new member of NATO, saying Kiev ought to enhance its military capabilities and develop a strong and independent army, like that of Iran, in Eastern Europe.

In an exclusive interview with Tasnim, Serhii Burdyliak pointed to the US and the European states’ opposition to Ukraine joining NATO.

“So why should we go to a place where they are not waiting for us?” he said.

Pointing to Israel as an example that has built its own army, Burdyliak said, “If you don’t prefer the Israeli example, one can choose an Iran in Eastern Europe, a country that has its own army, supports and protects it, invests on it, and produces and develops its own weapons, albeit without sanctions.” 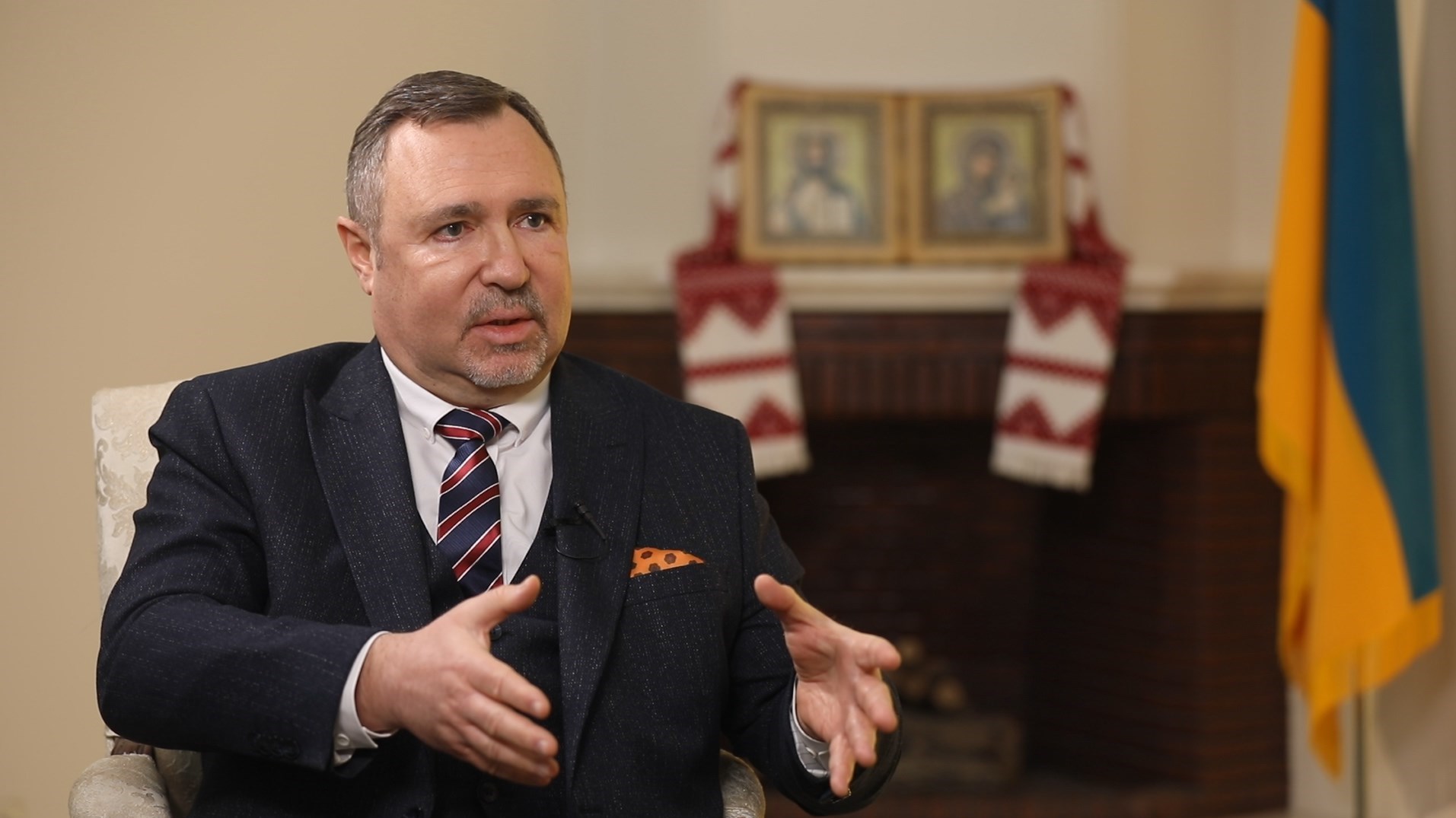 The envoy also expressed hope that Iran would soon get rid of the sanctions.

Burdyliak further dismissed the notion that the expansion of NATO to the East has provoked Russia into launching a war on Ukraine.

While Ukraine intends to join NATO and is being rejected, a series of other countries, whose plans to join NATO have received a warm response, pose a much more serious threat to Russia, like Finland whose missiles would reach Saint Petersburg much faster than those of Ukraine, he added.

“But (Russian President Vladimir) Putin is sending its forces to kill civilians in Ukraine, to rape the Ukrainian girls and women, and to detonate and destroy all civilian facilities,” the ambassador stated. 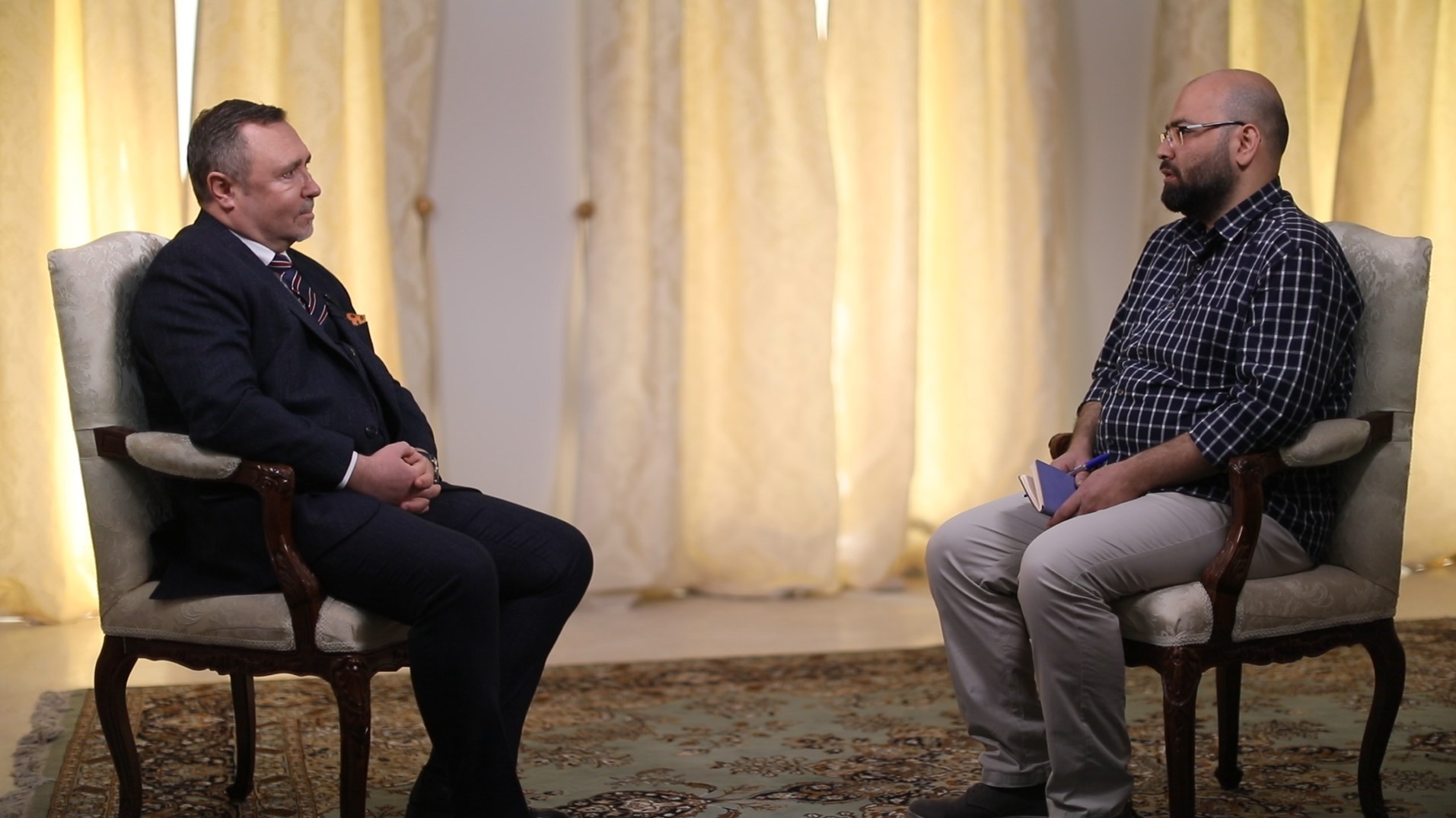 The ambassador said 75 percent of Ukrainians have in the last presidential election voted for Volodymyr Zelenskyy, who is a Jewish. “So such claims on the presence of neo-Nazis in Ukraine are fake news.”

Burdyliak further cited a report published in Russian state-owned news agency RIA Novosti, saying it has explained how Russia should deal with Ukraine and has even described plans for massacre and genocide in Ukraine explicitly.

“What I’m telling you is not my fantasy. These are the cases published by RIA Novosti. They have written that with the existence of countries like Georgia, Poland and the Baltic states, Ukraine is an artificial country and nation,” the envoy deplored.

The article has insisted that Ukraine should not exist, the Ukrainian military forces must be destroyed in the battlefield, those Ukrainian people that Russia claims are Nazis must be removed physically, and the Ukrainian civil servants, such as teachers, diplomats and officers must be physically eliminated, he said.

According to the envoy, the crimes that Russia is said to have committed in Bucha were a small example of the large-scale crimes and match exactly to the stages mentioned in the RIA Novosti article.

“We are now waiting for the second wave of the war, since Russia has been defeated in the first stage. They thought they could conquer Ukraine in the very first days and topple the president,” Burdyliak added.

The ambassador claimed his country has killed more than 19,000 Russian forces since the outset of the war, has destroyed over 700 Russian tanks, and shot down more than 150 military aircraft.

“In fact, we have destroyed four ground armies, one air army and one armored army out of the ten armies they (Russians) have. We are now waiting for the second wave,” he added.

Burdyliak finally expressed confidence that Ukraine will win the war, although Russia, is going to launch a new attack.