TEHRAN (Tasnim) – Dozens of human rights activists held a protest rally outside the Saudi Arabian embassy in the US capital of Washington D.C. to condemn the widespread violations of human rights in the Arab country.

According to Tasnim dispatches, during the gathering on Thursday, the protesters voiced their outrage over the Saudi government’s moves to torture prisoners and flog women drivers and social activists in the country.

Saudi Arabia is the only country in the world where women are prohibited from driving.

The rally was organized by the peace group Codepink and Ali al-Ahmed, the director of the Institute for (Persian) Gulf Affairs, an independent think tank in Washington.

The demonstrators also carried placards saying “STOP THE HYPOCRISY HUMAN RIGHTS FOR ALL” and “WOMEN DRIVING IS NOT TERRORISM”.

They also voiced their support for Raif Badawi, a young Saudi prisoner, who has been flogged 50 times before hundreds of spectators in Jeddah, Saudi Arabia.

On January 9, two days after the massive Paris march condemning the brutal attack on freedom of the press, a young Saudi prisoner named Raif Badawi was removed from his cell in shackles and taken to a public square in Jeddah.

There he was flogged 50 times before hundreds of spectators who had just finished midday prayers. The 50 lashes—labeled by Amnesty International a “vicious act of cruelty”—was the first installment on his sentence of 1,000 floggings, as well as ten years in prison and a fine of $266,000, according to Codepink’s official website.

Badawi’s case is not unique. In 2014, Reporters Without Borders described the government as "relentless in its censorship of the Saudi media and the Internet", and ranked Saudi Arabia 164th out of 180 countries for freedom of the press. 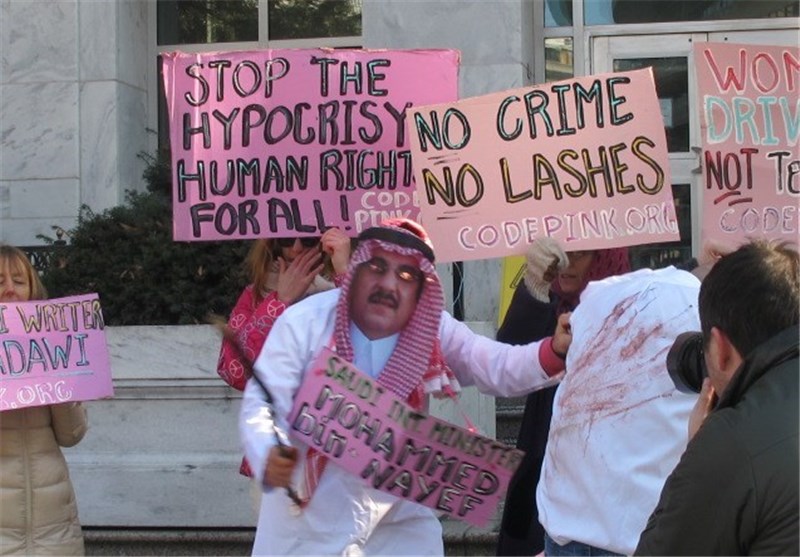 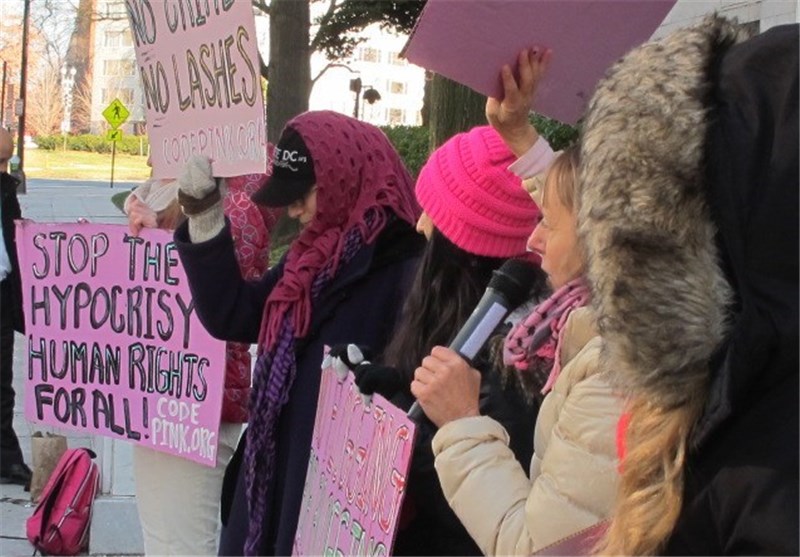 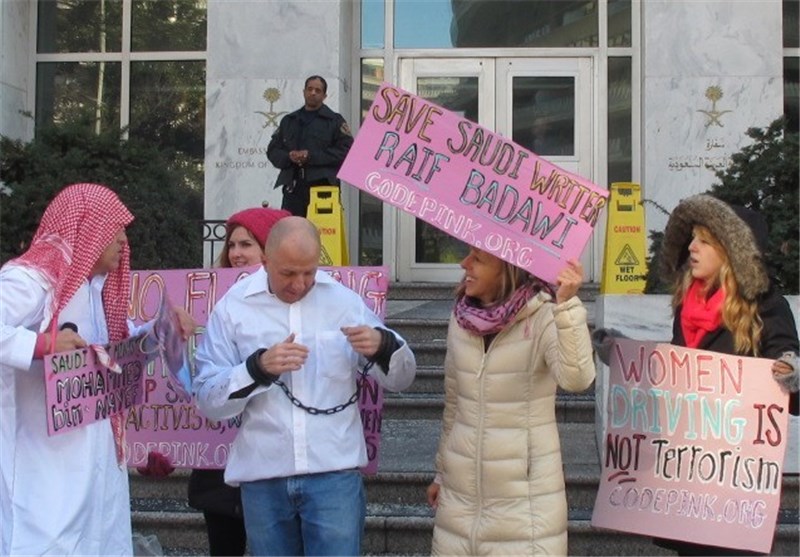