TEHRAN (Tasnim) – Thousands of Iraqi protesters staged demonstrations across the country to denounce Turkey’s deployment of military forces near the embattled northern city of Mosul.

On Friday evening, people converged on Tahrir (Liberation) Square in central Baghdad to condemn in the strongest terms the presence of Turkish troops in Iraq, calling Ankara’s move “a violation of Iraq’s sovereignty.”

The demonstrators also called for the immediate withdrawal of Turkish troops from the Iraqi soil, Press TV reported.

Elsewhere in the city of Nasiriyah, about 320 kilometers (200 miles) southeast of Baghdad, demonstrators gathered near Habboubi Square, calling on Iraqi Prime Minister Haider al-Abadi and Defense Minister Khaled al-Obaidi to take “a firm stance” against Turkey’s act of “aggression.”

A similar demonstration was held in the city of al-Diwaniyah, where hundreds of people censured Turkey’s military intervention in Iraq, urging the Iraqi government to expel the Turkish Ambassador to Baghdad Faruk Kaymakci and sever all ties with Ankara. 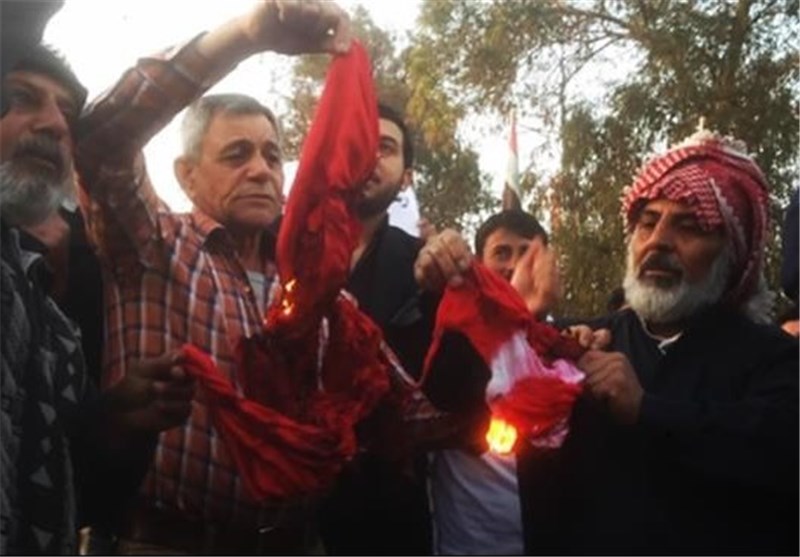 Earlier in the day, Iraqi Prime Minister Haider al-Abadi strongly condemned Turkey’s deployment of troops to northern Iraq, saying Baghdad does not consider it as an anti-terror move but as a flagrant violation of the Arab country’s territorial integrity and sovereignty.

Tensions have been running high between Baghdad and Ankara since December 4, when Turkey deployed some 150 soldiers, equipped with heavy weapons and backed by 20 to 25 tanks, to the outskirts of Mosul, the capital of Iraq’s Nineveh province.

Ankara claims that its troops have been deployed in northern Iraq to train Iraqi Kurdish Peshmerga fighters against the Daesh Takfiri terrorist group, and that the move was in line with previous agreements with the Baghdad government. Iraq, however, denies any such deal.

Iraqi People Demonstrate against Violation of Sovereignty by Turkey

Western Govts. Are Blind to Reality amid Worsening COVID-19 Pandemic: US Academic