Chicago Protesters Call for Mayor to Step Down over Police Brutality

TEHRAN (Tasnim) – Several hundred protesters marched through downtown Chicago, calling on Mayor Rahm Emanuel to step down over complaints of abusive policing and a lack of accountability in the US police department.

The protesters on Friday chanted "No justice, no peace" and wore T-shirts reading "Jail Rahm Now." It was the latest in a wave of peaceful and mostly small protests in Chicago set off by the release of a video of a white police officer shooting dead 17-year-old Laquan McDonald, who was black, in October 2014, Reuters reported.

Emanuel, a Democrat with strong White House ties who was elected to a second term this year, and State's Attorney Anita Alvarez have been the target of protests because of the year-long delay in bringing charges against the officer in the video, Jason Van Dyke, who faces trial for murder. 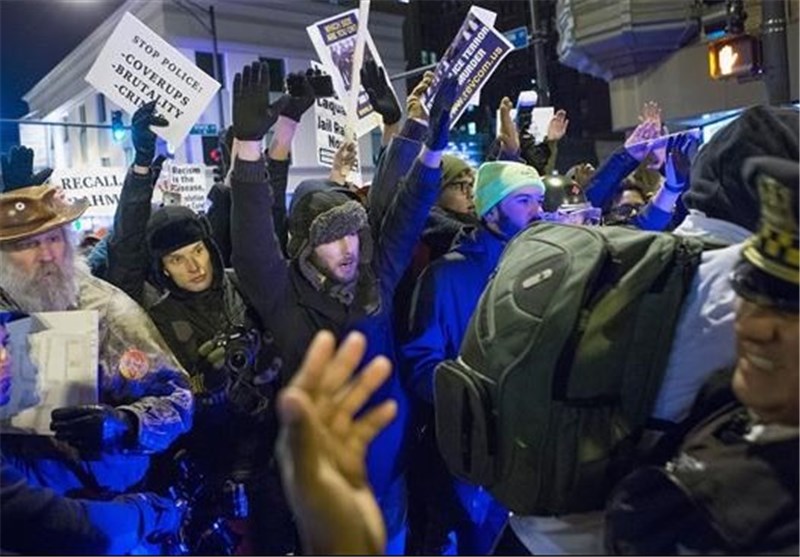 Chicago is the latest US city to see demonstrations over the deaths of young black men at the hands of police, many of them caught on video.

Chicago police killed an average of 17 people a year over the last seven years, most of them African American, and it is extremely unusual for police officers to face charges or be disciplined in such cases. It was not until uproar over the video of McDonald being shot 16 times as he apparently walked away from the police that the federal Department of Justice launched an investigation of civil rights issues in the city's police department. 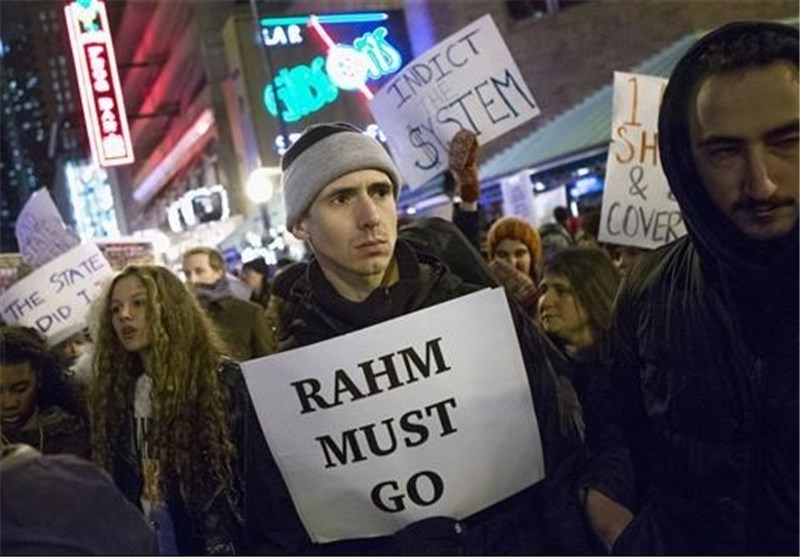 "There needs to be accountability for the injustices happening throughout the Chicago Police Department and our justice system," said Maria Moser, a resident of the south-side suburb of Beverly, who attended the march with her brother.

Earlier on Friday Van Dyke's defense attorney said he would seek a change of venue for the officer's trial. He has been indicted by a grand jury on six counts of first-degree murder and one charge of misconduct.

Van Dyke, 37, is free on bail but was in court with his lawyer Daniel Herbert for a very brief hearing following the indictment. Cook County Circuit Judge James Brown set an arraignment for December 29, when Van Dyke is expected to enter a plea.

US: Tensions Running High after Gun Incident near House Floor

Vaccine Boost for Poor Countries As Biden Warns of '600,000 Dead'

US Rep. Marjorie Greene Files Articles of Impeachment against Biden