TEHRAN (Tasnim) – An investigation has been launched after a Malaysian Airlines plane appeared to fly in the wrong direction after taking off from New Zealand.

Flight MH132 usually takes a direct route heading north-west over Australia on its way from Auckland to Kuala Lumpur but radar data showed the aircraft heading south for almost an hour, the Independent reported on Sunday.

The pilot questioned the Airbus A330’s path just eight minutes into the flight, which took off at 2.23am local time on Christmas Day. 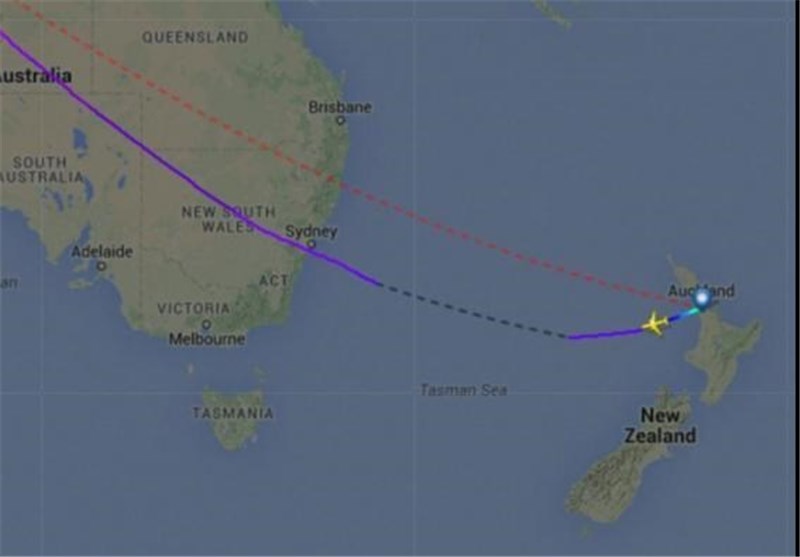 Passengers were not alerted during discussions with air traffic controllers at the Auckland Oceanic control centre, as the plane Tasman Sea before turning north.

Airways, which manages air traffic control for New Zealand, said there were no safety concerns but that it would investigate why the normal flight path had been changed.

“We have an internal safety team who will investigate it,” a spokesperson said.

“The flight plan the airline filed with us was going to Kuala Lumpur but via a slightly different route than the pilot was expecting.”

It came as the disappearance of MH370 continues to be investigated, with the search for wreckage in the Indian Ocean – the largest and most expensive hunt of its kind in history – due to end in June.

All 239 passengers and crew have been declared dead after their plane vanished on 8 March 2014 and the cause of the disaster is still unknown.

Meanwhile, investigators continue to examine the scene of another Malaysia Airlines disaster in Ukraine.

A report released earlier this year said flight MH17 was downed by a missile that exploded just outside the cockpit, causing the aircraft to break up mid-air and crash.

Rebels armed with BUK missiles in the territory it was passing over have denied responsibility and investigations continue into who fired the weapon, killing all 298 people on board.

Malaysia Airlines has suffered heavy financial losses in the wake of both disasters and has cut thousands of jobs in attempts to prevent bankruptcy.

Search for MH370 May Ramp Up Soon with New Sonar Equipment

Clashes Break Out on Greek Island against Migrant Camp