TEHRAN (Tasnim) - Tangeh Vashi or Tangeh Savashi is a place with tourist attractions located 15 kilometers west of Firouzkouh, northeast of Tehran; it hosts a huge crowd of passengers and tourists.

One of the most attractive parts of one’s trip to Tangeh Vashi is perhaps passing a river which is located in the middle of it.

This place includes two gorges, the first of which is called “Vashi” and the second one “Sa”. At the end of the second gorge, there is a waterfall as high as 15 meters. The walking path starting from the first gorge includes three parts:

3rd part: from the second gorge to the waterfall (almost 800 meters) 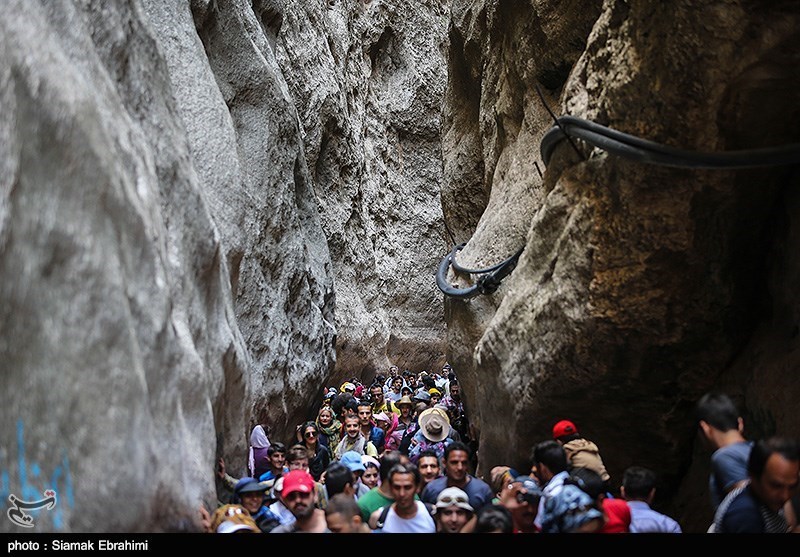 The path to the first gorge includes a deep crack among tall mountains; rocks that in some cases are as high as 100 meters and even more and are the only path to the flat and level track between the two rocks. The height of surrounding rocks blocks the sunlight in most hours of the day and brings you a cool path. It would get even cooler when you have to pass most of the path through the water.

After passing the 250-meter path in the first gorge, you reach a beautiful flat plain through which, after walking for almost 2000 meters in this gorgeous plain and along the river, you arrive in the second gorge. If you keep walking through the path of the second gorge, you would reach a not-so-high, but gorgeous waterfall at the end of the path. 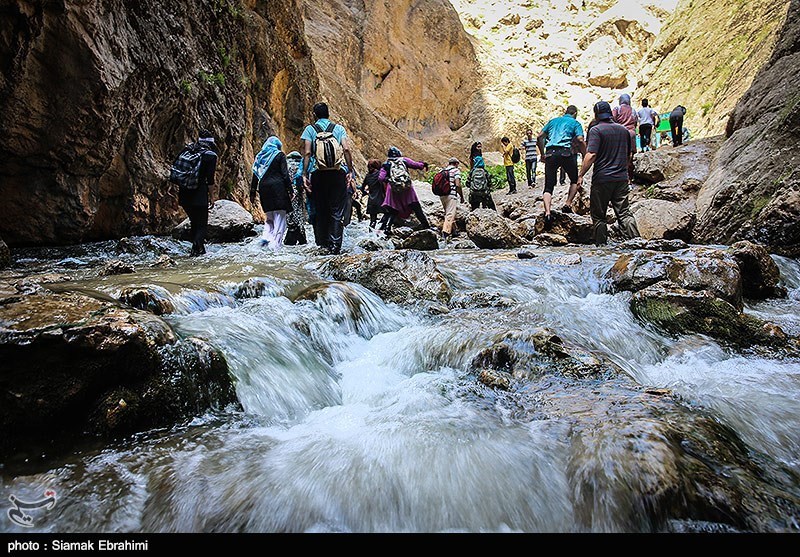 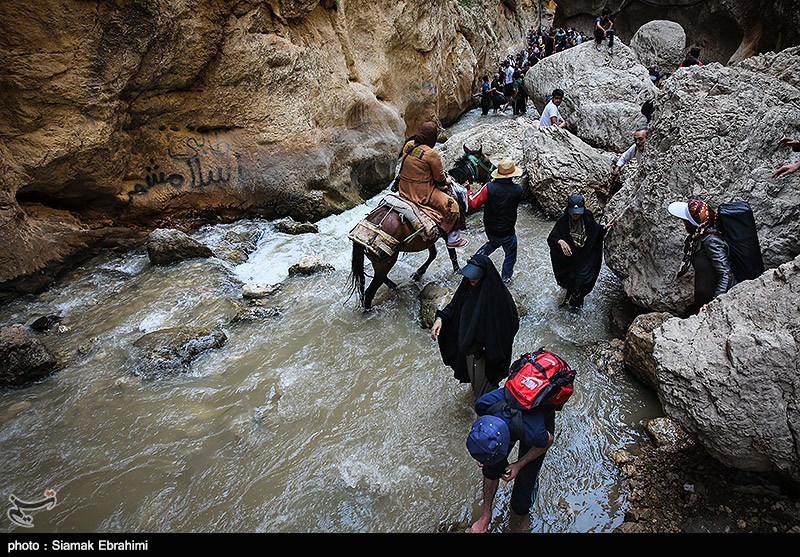 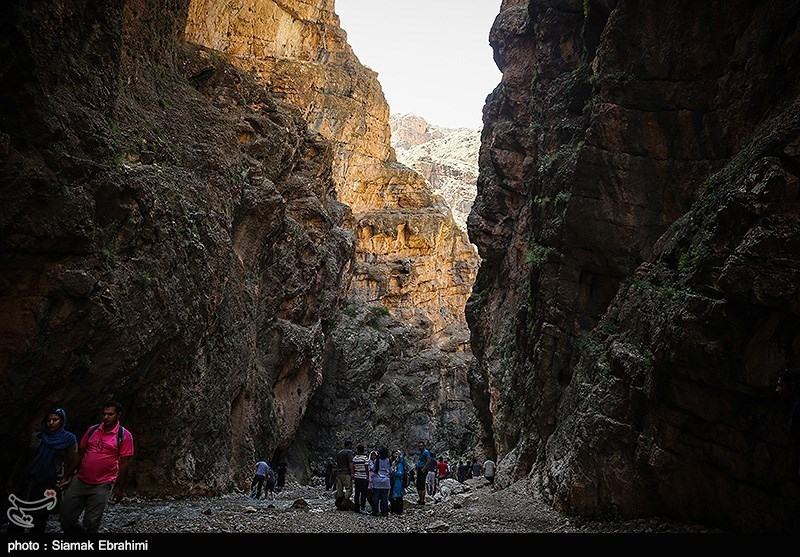 The scarce plant galbanum, which has significant uses in industry and pharmacy, is found in Tangeh Vashi. Because of its scarcity, picking this plant is a crime and would lead to prosecution.

In addition to its beautiful nature, Tangeh Vashi enjoys numerous historical works as well. One of the three famous inscriptions from the Qajar era is in this gorge. The inscription located at Tangeh Savashi is 6x7 meters around which the accidents of the Fath Ali Shah era are carved and narrated. 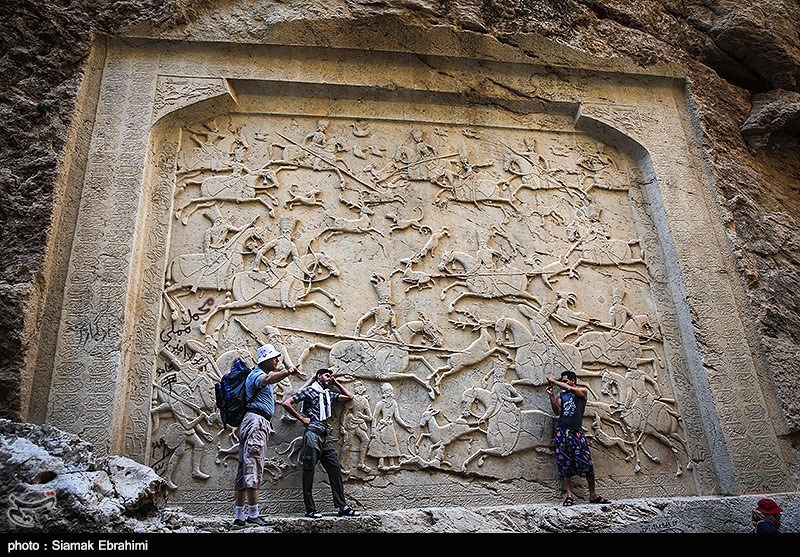 The largest relief of these inscriptions is the figure of a hunting ground with the picture of a horse, a spear, and the hunts around which we can see Abbas Mirza, Aliqoli Mirza and Alinaqi Mirza, sons of Fath Ali Shah, as well as his descendants hunting. This inscription, which is almost 185 years old, is carved at the heart of the mountain in a way that it has been immune from rain and sunshine. 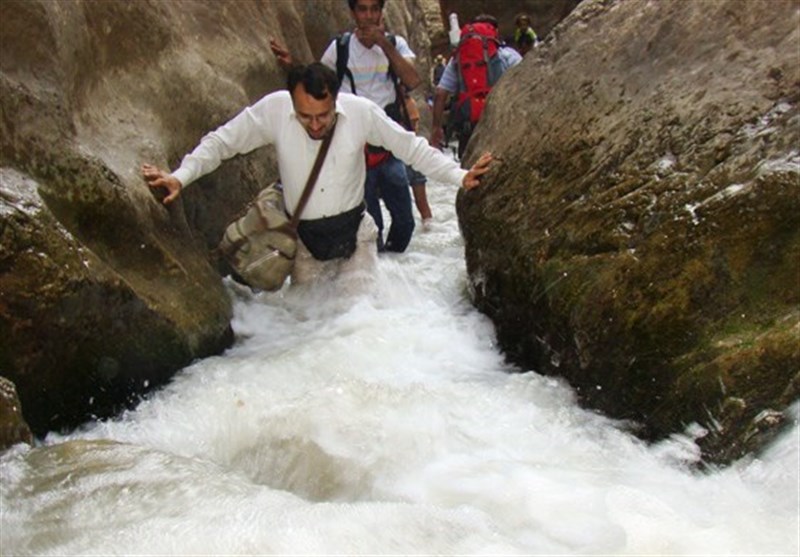 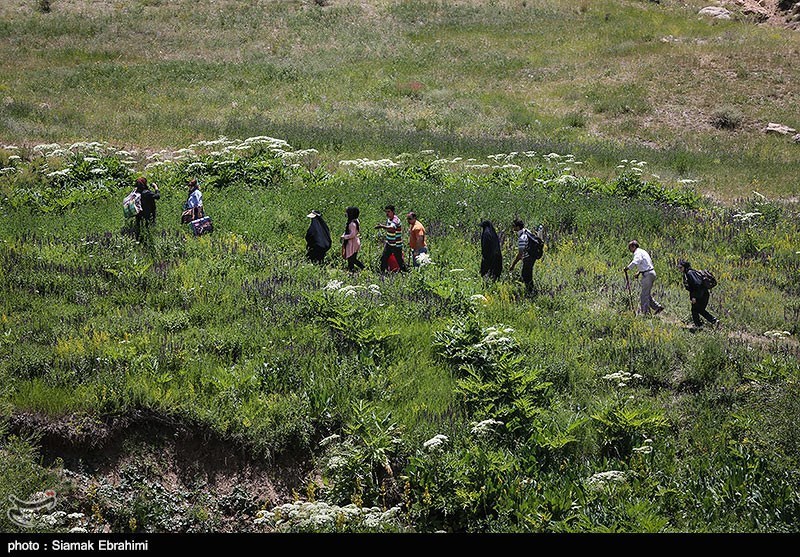