TEHRAN (Tasnim) - Tomb of Rabi ebn Khosaim, known as Khajeh Rabi, ruler of Rey during the reign of Imam Ali (AS), is situated in the center of a massive garden, at the end of Khajeh Rabi Street.

This building was on the suggestion of Sheikh Bahai to Shah Abbas Safavid and with the assistance of Oloq-orazavi-olkhadem constructed in the end of 16th century AD.

Outer design of the tomb is octagonal and internally four-terraced. There is a terrace built on each of the outer walls, from those on the larger walls, there are corridors leading indoors; and those on the smaller walls are small and in two floors. On the roof, an onion-shaped turquoise dome (18 m height from the floor) is constructed. 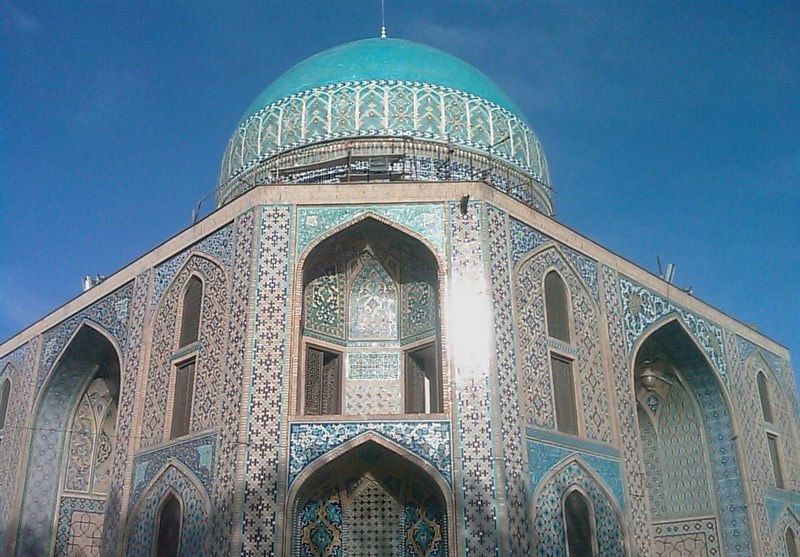 Utilization of colored tiles on the outside facade, golden painting on the inside wall coverings, two cornices of Ali-Reza Abbasi’s script (1607 & 1619), has given special appearance to this building.

Single colored mosaic tiles bearing artistic designs decorate the cornices. Paintings on inside walls have Flower, Leaf and Arabesque designs, which reached the ornament (Sun design) on the top of the dome and have been decorated with bright colors and thin golden sheets.

His mausoleum is one of the tourist attractions in Mashhad, northeast of Iran. 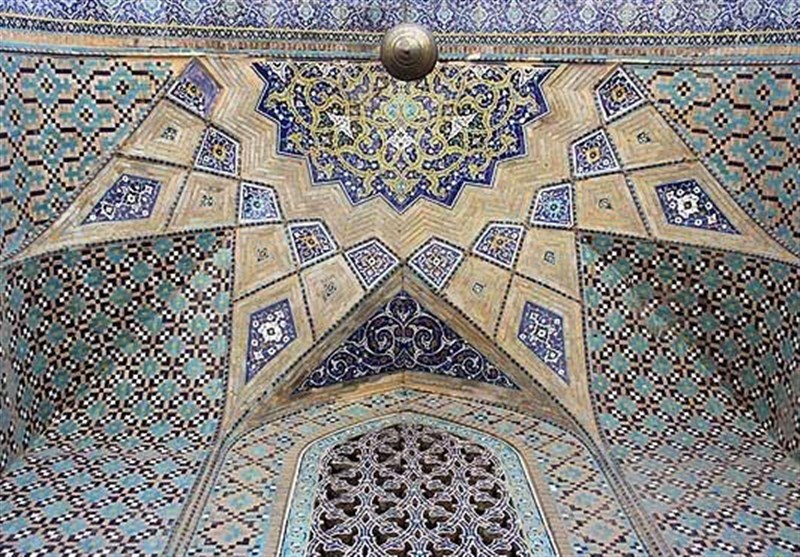 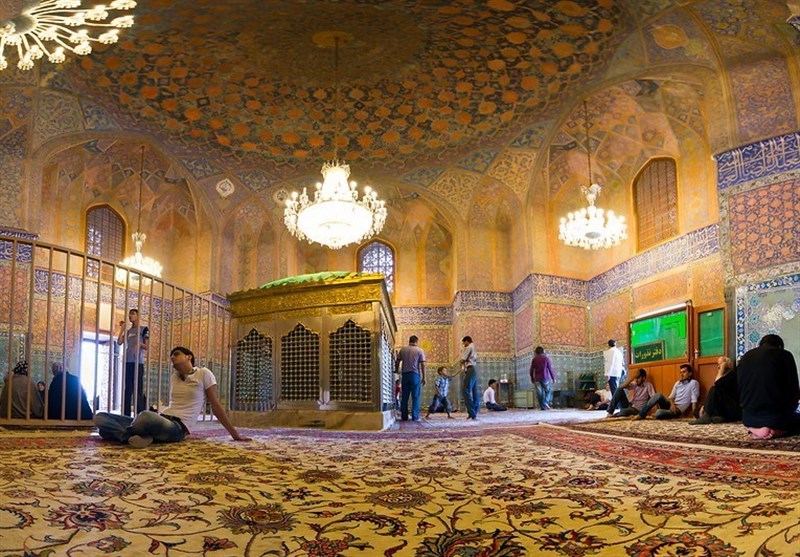 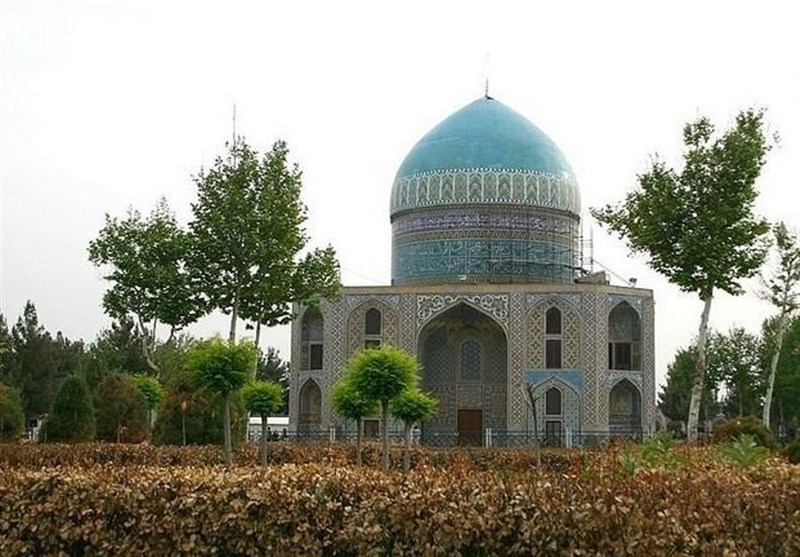