TEHRAN (Tasnim) - A wind catcher is a traditional Persian architectural device used for many centuries to create natural ventilation in buildings.

It is not known who first invented the wind catcher, but it still can be seen in many countries today.

Central Iran has a very large day-night temperature difference, ranging from cool to extremely hot, and the air tends to be very dry all day long. Most buildings are constructed of very thick ceramics with extremely high insulation values. Furthermore, towns centered on desert oases tend to be packed very closely together with high walls and ceilings relative to Western architecture, maximizing shade at ground level. The heat of direct sunlight is minimized with small windows that do not face the sun. 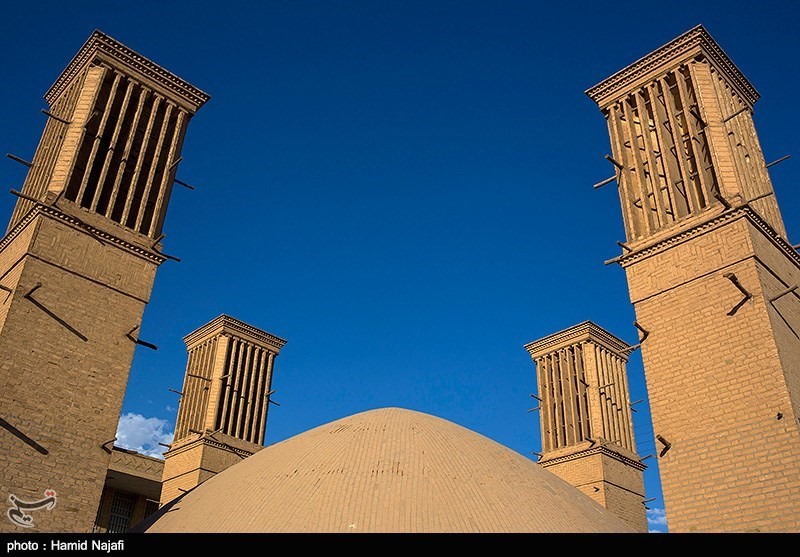 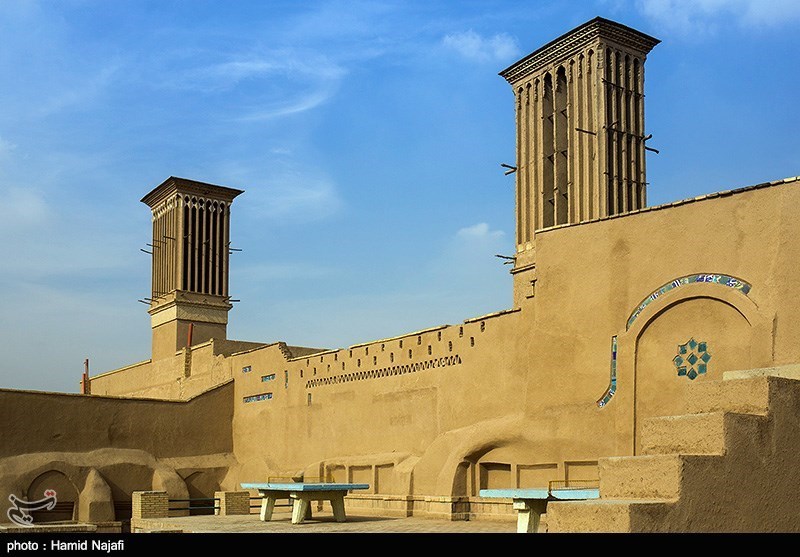 First, a wind catcher is capped and has several directional ports at the top (Traditionally four). By closing all but the one facing away from the incoming wind, air is drawn upwards using the Coanda effect, similar to how opening the one facing the wind would push air down the shaft. This generates significant cooling ventilation within the structure below, but is not enough to bring the temperature below ambient alone - it would simply draw hot air in through any cracks or windows in the structure below.

Therefore, the key to generating frigid temperatures seems to be that there are very few cracks at the base of the thick structure below, but there is a significant air gap above the qanat. A qanat has quite a lot of water inside, because there are frequent well-like reservoirs along its path. Completely shaded from the sun, a qanat also aggregates the cold, sinking air of the night, which is then trapped within, unable to rise up to the less dense surface air.

A wind catcher, however, can create a pressure gradient which sucks at least a small amount of air upwards through a house. This cool, dry night air, being pulled over a long passage of water, evaporates some of it and is cooled down further. 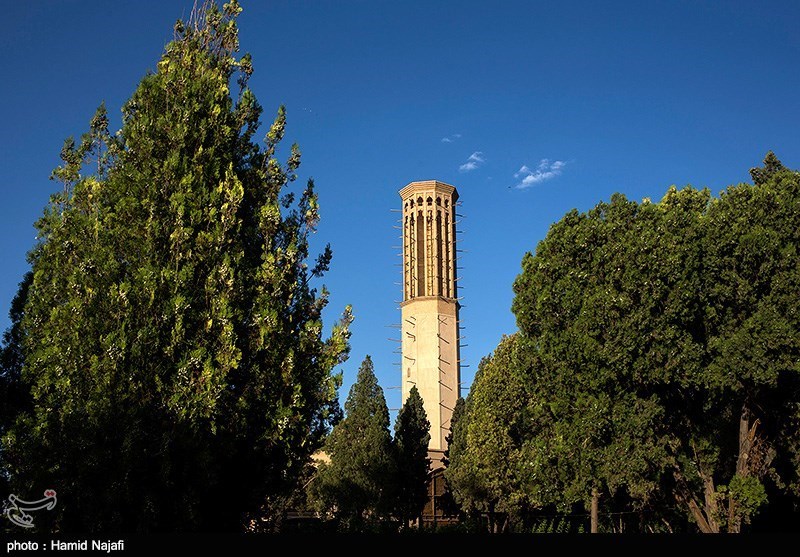 Finally, in a windless environment or waterless house, a wind catcher functions as a stack effect aggregator of hot air. It creates a pressure gradient which allows less dense hot air to travel upwards and escape out the top. This is also compounded significantly by the day-night cycle mentioned above, trapping cool air below. The temperature in such an environment can't drop below the nightly low temperature. These last two functions have gained some ground in Western architecture, and there are several commercial products using the name wind catcher.

When coupled with thick adobe that exhibits high heat transmission resistance qualities (R-value), the wind catcher is able to chill lower level spaces in mosques and houses (e.g. shabestan) in the middle of the day to frigid temperatures.

So effective has been the wind catcher in Persian architecture that it has been routinely used as a refrigerating device (yakhchal) for ages. Many traditional water reservoirs (ab anbars) are built with wind catchers that are capable of storing water at near freezing temperatures for months in summer. High humidity environments destroy the evaporative cooling effect enjoyed in the dry conditions seen on the Iranian plateau; hence the ubiquitous use of these devices in drier areas such as Yazd, Kashan, Nain, and Bam. This is especially visible in ab anbars that use wind catchers. 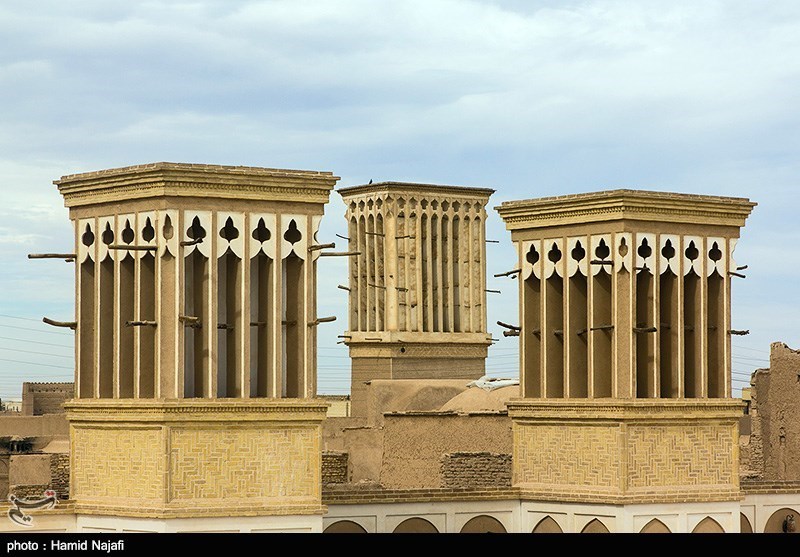 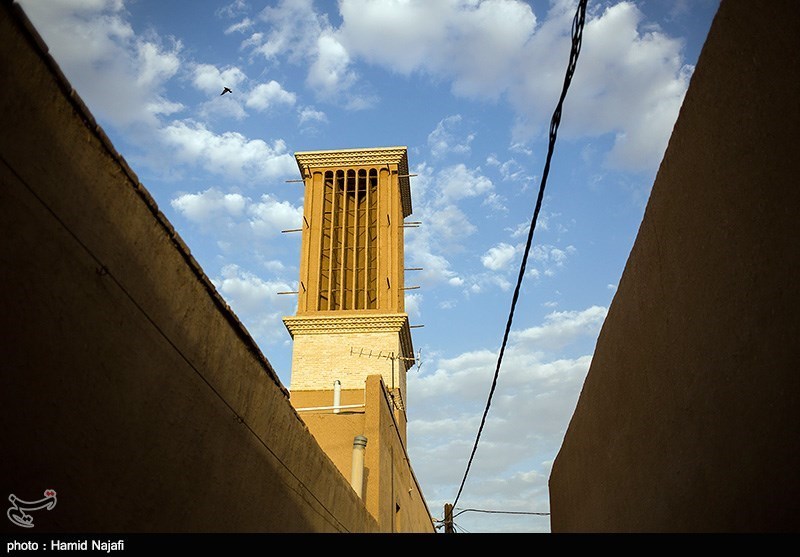 A small wind catcher (badgir) is called a "shish-khan" in traditional Persian architecture. Shish-khans can still be seen on top of ab anbars in Qazvin, and other northern cities in Iran. These seem to be more designed as a pure ventilating device, as opposed to temperature regulators, as their larger cousins in the central deserts of Iran are.