In the meeting with Rafini held in Niger on Thursday, Zarif discussed various topics, including the latest regional and international developments.

The Iranian top diplomat also attended a separate meeting with President Issoufou on the same day. 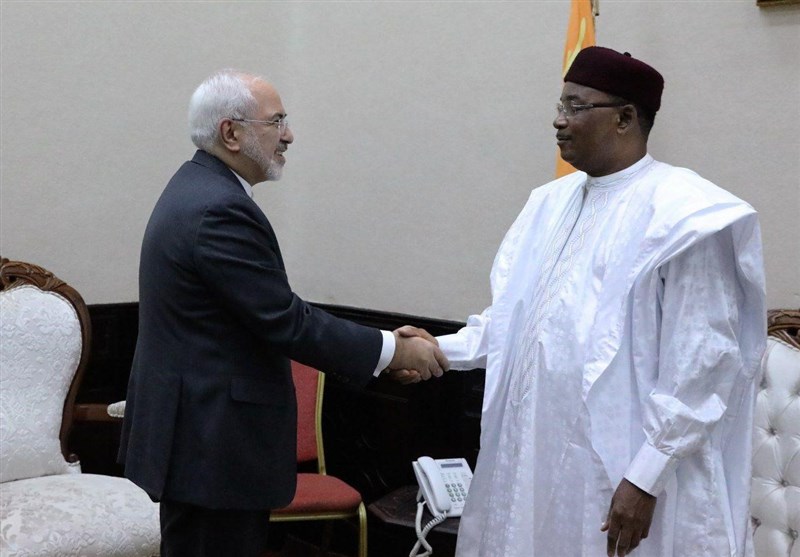 Zarif also met with his Nigerien counterpart, Ibrahim Yacouba, and exchanged views about the latest efforts to deepen Tehran-Niamey ties in diverse political and economic fields.

The two top diplomats also opened a joint meeting on bilateral trade between the two countries.

Speaking at the meeting, Zarif pointed to his talks with Niger’s officials, saying that there is the needed political will to promote cooperation between the Islamic Republic and the African country. 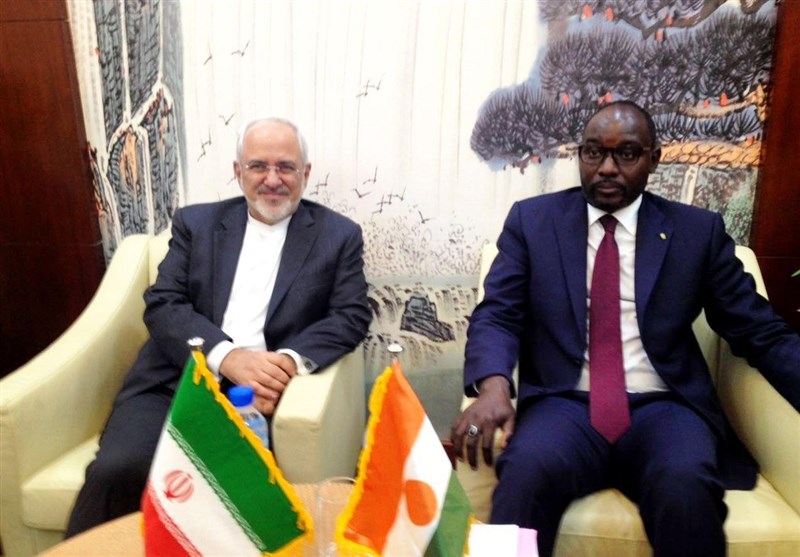 Heading a political and economic delegation, the Iranian minister visited Niger in the final leg of his African tour that had taken him to South Africa and Uganda.

Expansion of relations with African nations in all political, economic and cultural fields is top on the agenda of Iran's foreign policy.

Iranian President Hassan Rouhani, who won a second term back in May, has repeatedly stressed his government's interest in boosting relations with the African states.