US Biggest Terrorist Organization on Earth: US Analyst

TEHRAN (Tasnim) - An American political commentator denounced the US government as the world’s biggest terrorist organization, saying such an empire would never honor treaties or deals because upholding an agreement means the US is not really an empire.

In an interview with the Tasnim News Agency, Dr. Mark Mason from California provided a review of the US government’s imperial policies, its lack of commitment to the treaties and deals it signs, and its sponsorship of terrorism.

He also hit back at the US administration for accusing Iran of destabilizing the region and violating the Joint Comprehensive Plan of Action (JCPOA), saying Trump’s foreign policies “represent the belligerent end of the imperial spectrum which is now internally in conflict with other segments of the plutocracy that are based upon banking and manufacturing imperial policy.”

What follows is the full text of the interview:

Tasnim: In mid-October, US President Donald Trump unveiled his new strategy for Iran, saying it begins with imposing tough sanctions on the Islamic Revolution Guards Corps (IRGC), and also accused Iran of proliferation of missiles and weapons. Why, do you think, has Trump focused on efforts to curb Iran’s military capabilities?

Mason: United States foreign policy is set within the context of empire. The USA is an empire, and empires do not have friends. They have client states obeying orders issued from the imperial center, and they have enemies. There is no in between. There is no such thing as friend of the empire. The US empire does not honor treaties. The American Empire has a rotating Imperial Ruler called a President. Some are Imperialists Light, whereas others are Imperialists Heavy. This was true of Rome and the British. It’s true of the USA. The Republican Party is Empire Heavy, as was demonstrated by former President George Bush.

The current imperial manifestation under President Trump is characterized by simplistic domestic and foreign policies of doing the opposite of whatever President Obama did. Yes, empires are capricious. They do things on the basis, not of rational argument and rational diplomacy, but on the basis of imperial whim. Imperial fiat is important for the purpose of training other nations to expect nothing but contempt from the imperial center. These conditions are worsening as the US imperial structures are collapsing. Thus, a primary goal of empire is to establish a power ranking that is useful when the empire comes around to collect tribute. Historically the US has demanded that subject states open their country to plunder by US banking, mining, and manufacturing corporations.

As for the concern with the IRGC, the US is losing its imperial colonial aggression in Syria. The US desperately needs to find someone to publicly blame for their failed Syrian coup and the IRGC is today’s enemy. Tomorrow, who knows. One must never forget that the US does many things merely because it can. That’s what defines imperialism. The US doesn’t answer to anyone or uphold any treaties, alliances, or deals. In fact, it is very important for the empire to break treaties because if the US upheld a treaty that would mean it isn’t really an empire. Thus, the rest of the world should expect erratic and inconsistent foreign policy. That’s what maintains the system of obedience.

Tasnim: While the governments of Syria and Iraq acknowledge that Iran’s genuine supports have helped them defeat the militant groups and the Daesh (ISIL) terrorists, Trump has accused Iran of “fueling sectarian violence in Iraq, and vicious civil wars in Yemen and Syria” in his speech. What is your take on this, considering Trump’s refusal to comment on the role of the US regional ally, Saudi Arabia, in the war on Yemen?

Mason: Never believe any US government claims. As an empire, the US has no obligation to tell the truth to anyone, and this is especially true in regards to its own citizens. In fact, telling lies to the domestic population is necessary to maintain domestic obedience to the capitalist colonial aspirations of the state. Lies are told not to fool anyone outside the US. Lies are told to maintain a docile, passive, fearful domestic population.

When the US blames other states for creating international conflicts, the truth is found simply by reversing the claims. The US is the biggest terrorist organization on Earth. The US, not Iran, illegally invaded Iraq, a war crime. The US is fueling human suffering in Yemen through the sales of arms and the provision of military intelligence to Saudi Arabia. The US is also supporting Daesh in Syria. Supporting terrorists is nothing new. The US began overt support for Nazis in Ukraine under “gentle” President Obama. “Morality” is another word not found in the imperial dictionary. 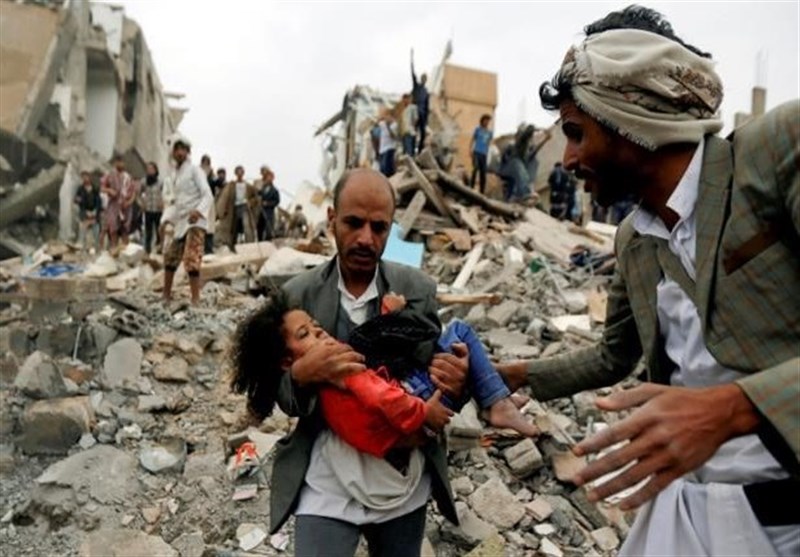 Hence, the world is turned upside down by blatant false claims made by the US. If the US had a free press, the US government would find it difficult to lie. The US does not have a free press, and thus the US government does not fear media correction. The US corporate media are capitalist institutions that profit from US imperialism. Thus, we can shine some light on the system of information control that allows the US government to lie brazenly about world affairs. Currently, the US desperately needs to create false evils outside the US. These fabrications are necessary to maintain a frightened domestic population that is focused on some imaginary, fictitious and distant country that they cannot even find on a map. All this is quite perplexing for people living outside the US, but here, the President and his friends in Congress are openly raiding the public treasury and attacking all manner of domestic social programs that serve the interests of ninety-nine percent of the population. Thus, the purpose of creating global chaos is twofold: it maintains uncertainty and fear among foreign nations, and it creates a necessary fear-based distraction for the US domestic population while elites stuff their own pockets full of ill-gotten cash.

If US foreign policy makes no sense to you, it is because it is purposefully intended to make no sense. That’s what empires do, although— yes, it’s more complicated. President Trump hopes to create a stir about Iran while he is increasing US military presence in Afghanistan. Why would Trump care about a big desert? Afghanistan is now a militarized colony of the US for the purpose of exploiting lucrative minerals for American corporate profits. The US is a plutocracy with no democracy anywhere in sight. Theft is the business of empire.

Tasnim: Trump alleges that Iran has committed “multiple violations” of the Joint Comprehensive Plan of Action (JCPOA), the nuclear agreement between Iran and the Group 5+1 (Russia, China, the US, Britain, France and Germany). But the International Atomic Energy Agency has explicitly verified Iran’s compliance with the JCPOA in eight successive reports. What makes Trump comment about such technically complicated issue, ignore the UN nuclear agency’s reports, and allow himself to accuse Iran of breaching the deal?

Mason: Again, this is what empires do. Empires are not held to anything so trivial as facts, international law, treaties, or moral precepts. The USA is a gang of thieves, self-legalized capitalists who operate solely on the basis of what actions will increase corporate profits. The US is a giant corporate-capitalist mafia recognizing only the power of money, and the power of military violence. The claims Trump made in a recent speech regarding Iranian violations of the so-called nuclear deal are patently false, but there’s no one around here, inside the US, associated with the mainstream media, with the courage to tell the truth. Thus, domestically, the US government lies day and night, year after year, with impunity. The press here is comprised of servants of corporate power, and corporate power is what the US is all about.

The US intent is to keep the parties to the agreement on alert at all times, generating frustrated, fear, and attention focused on US demands. Bullying is what empires do.

We can observe that the policies of the US are now so deranged with hubris that the Trump administration is willing to destroy the fabric of NATO by discarding all semblance of international diplomacy, even with its European imperial subjects such as Germany and the UK.  The US is an empire in decline; this one is not going down quietly. 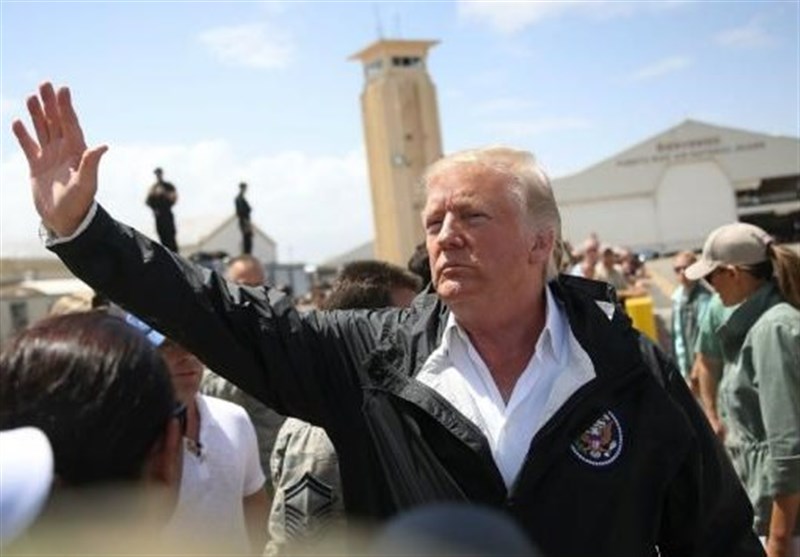 Trump gained access to US power without being vetted by the domestic plutocracy. His foreign policies represent the belligerent end of the imperial spectrum which is now internally in conflict with other segments of the plutocracy that are based upon banking and manufacturing imperial policy. US foreign policy is in disarray, in part, because capitalist plutocratic elites are divided on the question of how best to exploit the rest of the world. We are witnessing the beginning of the end of the US Empire.

Tasnim: At the conclusion of his anti-Iran speech, Trump prayed for a future where “American and Iranian, Muslim, Christian, and Jewish” can live in a world free from violence, hatred, and terror. But he himself is known by many for hate-filled speeches and normalization of the language of hatred. What is your take on this issue as an American citizen?

Mason: I live on the west coast of the USA. Five hundred years ago, some crazy Europeans sailed across the Atlantic Ocean to then stumble upon the Americas. It’s been downhill ever since. Here I am living in California, stolen by the US from Mexico, who stole it from the Native peoples of this continent. The crazy Europeans, mostly British, French, and Spanish (although not exclusively) began a historical period of genocide and plunder of the Americas. So, here I am, of European extraction, living on the edge of a stolen continent.  The Americas were plundered by Europeans, then followed by the creation of the USA, a former British colony, now functioning as a spinoff of the collapsed British Empire. Call us the British Empire version 2. The US Empire has, since the 1890’s, ventured out across the seas. Nothing much has changed in the past 500 years except the accelerating capability of violence as has culminated in nuclear weapons. The US is the only country on Earth to have used nuclear weapons, and remains today as the most dangerous government on the planet. The word “hypocrisy,” is found in bold letters in the imperial dictionary.

President Donald Trump is a stage show, a Vaudeville act, a song-and-dance man, a dark comedian. He was put there to distract us while corporate Wall Street banks and the corporate military-industrial complex plunder the US public treasury and prepare to use the US military to rob Afghanistan of a trillion dollars in rare minerals. 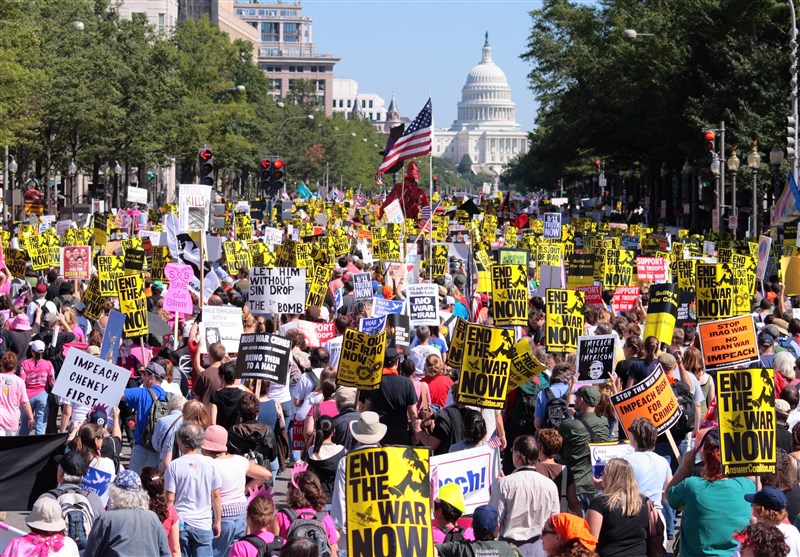 All this imperial violence is driven by something so trivial, and yet deadly, as the quest for corporate power as measured by accountants tabulating quarterly corporate profits. Such is the human predicament. If Trump is crazy, he’s a product of the crazy, devious, and delusional European corporate-capitalist-state economic system. As an American citizen, I look around me to find other Americans confused, fearful of immigrants, and distracted by Trump’s tirades and yet pacified by violent American football. The US Empire is disintegrating. Whether it will go down with a whimper or a bang is anyone’s guess.  The people know nothing. When examining US foreign policy, let us keep in mind that the US is not a democracy, has no free press, and that the people know nothing. Such is the power of the “manufacture of consent.”

Any War on Iran Would Destroy Trump’s Chances for Re-Election, Says US Activist

COVID-19 Has Become A Political Issue in US amid Global Response to Pandemic: Analyst