TEHRAN (Tasnim) – Hundreds of Palestinians poured into the streets of the besieged Gaza Strip to condemn US President Donald Trump’s decision to recognize Jerusalem (al-Quds) as the Zionist regime of Israel's capital.

On Wednesday, Trump officially declared the disputed city of Quds Israel’s capital, despite warnings from around the world that the measure risks triggering a fresh wave of violence in the Middle East.

During the rally, angry Gazan protesters burned pictures of the Saudi king and his 32-year old son in an unprecedented move.

“The PFLP also emphasized that its march of anger and revolution will raise its voice against US imperialism, Zionist colonialism and Arab reactionary collusion,” the group said in a statement on their website, IUVM Press reported. 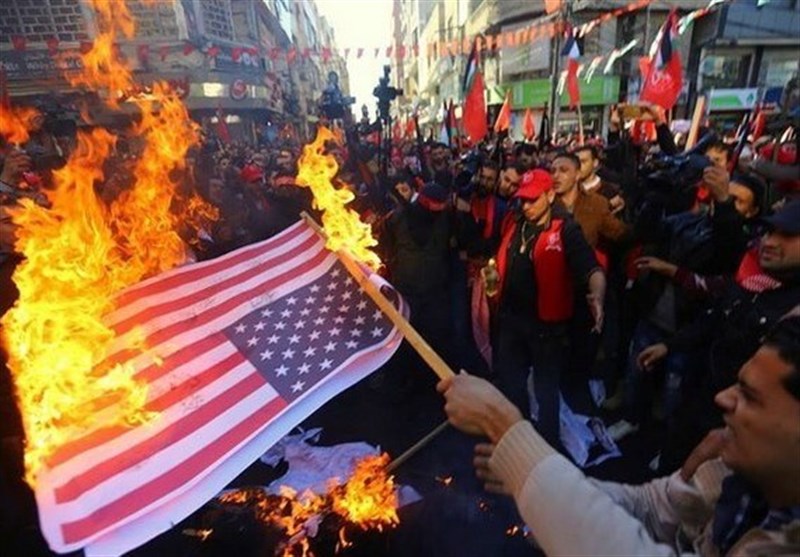 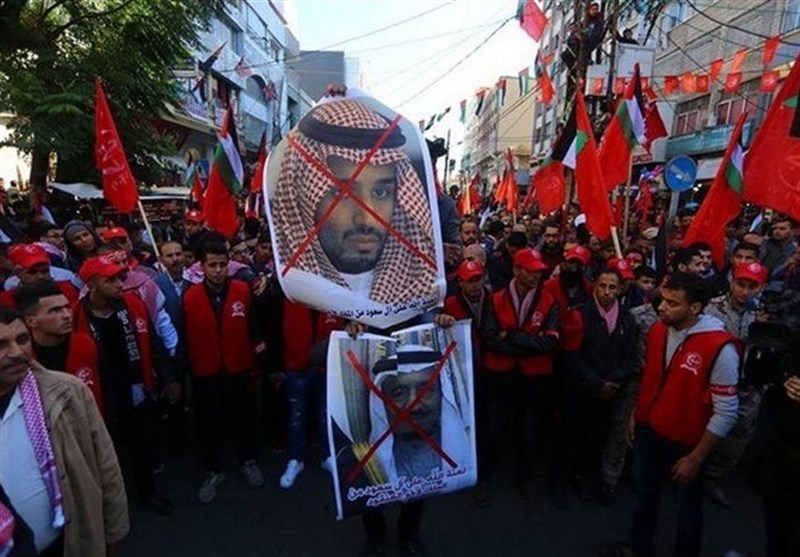 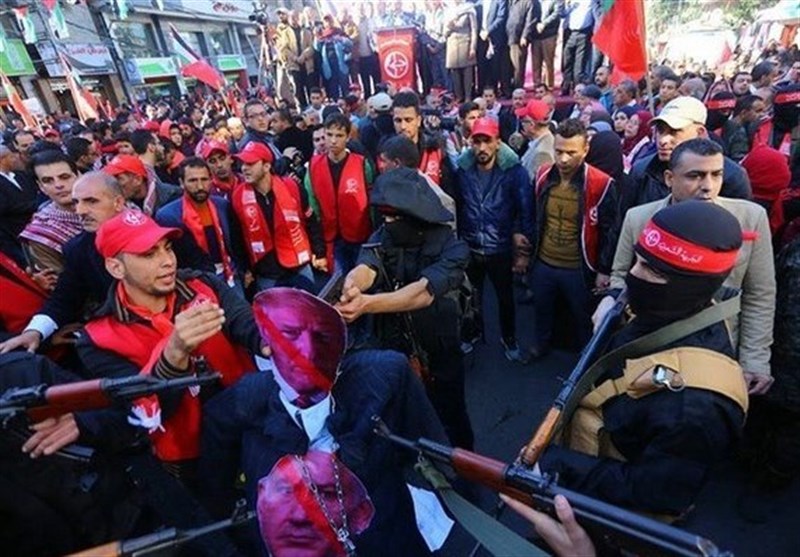 “It demanded the Palestinian Authority end its continued reliance on negotiations and end security coordination with the occupier.”

Tensions escalated in Gaza after reports revealed that Saudi rulers are working to the advantage of the Israeli regime under the guise of mediating in Israeli-Palestinian conflict.

Four Palestinian officials told Reuters on condition of anonymity on Friday that the Saudi crown prince had contacted Palestinian President Mahmoud Abbas, saying that he would give away the right of return for Palestinian refugees and the status of Quds as the capital of a future Palestinian state in return for conditions favorable to Palestinians.

That proposal has reportedly been shaped by Jared Kushner, Trump’s son-in-law and senior adviser, who has developed a close relationship with Mohammed bin Salman.

The Palestinian officials expressed concern that the proposal is too much in line with Israeli interests and to the disadvantage of Palestinians, whose land Israel has occupied.

Under the plan, however, Israeli settlements would stay in the occupied West Bank, the Palestinian refugees would not be able to return to their homeland, and the Tel Aviv regime would maintain control over borders, the source added.

Another Palestinian official said bin Salman had asked Abbas to back the US initiative when the two met in the Saudi capital, Riyadh, last month.

“President Trump in a phone call told Abu Mazen (Abbas), ‘I will have some proposals for you that you would like.’ When Abu Mazen pressed him on details, Trump didn’t give any,” the source said.

A third Palestinian official said the Saudi crown prince had told Abbas, “Be patient, you will hear good news. This peace process will go ahead.”

Nakba Day A Catastrophe for All Arab Nations in Region: Nasrallah

Turkey, Greece Accuse Each Other of Violating Airspace

Hamas Lauds Malaysia, Venezuela for Stances in Support of Palestine

Nakba Day A Catastrophe for All Arab Nations in Region: Nasrallah