TEHRAN (Tasnim) – The Yemeni people from every walk of life, poured into streets in the capital, Sana’a, to commemorate the day of Ashura, which marks the martyrdom anniversary of Imam Hussein (AS), the third Shiite Imam, and his companions.

Tens of thousands of Yemeni people gathered to participate in the rally, which opened with a speech of Leader of Yemen’s Houthi Ansarullah Movement Abdul-Malik Badreddin al-Houthi in Sana’a on Thursday.

During the demonstration, the Yemenis chanted slogans against all oppressors and arrogant powers in the world.

The rally came as Yemen’s defenseless people have been under massive attacks by a coalition led by the Saudi regime for more than three years but Riyadh has reached none of its objectives in Yemen so far.

Since March 2015, Saudi Arabia and some of its Arab allies have been carrying out deadly airstrikes against the Houthi Ansarullah movement in an attempt to restore power to fugitive former President Abd Rabbuh Mansour Hadi, a close ally of Riyadh.

The Yemeni Ministry of Human Rights announced in a statement on March 25 that the war had left 600,000 civilians dead and injured until then. The war and the accompanying blockade have also caused famine across Yemen. 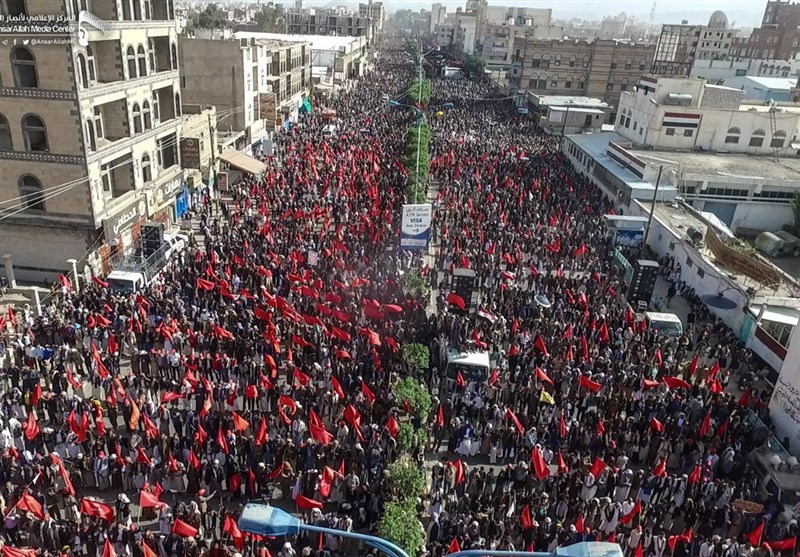 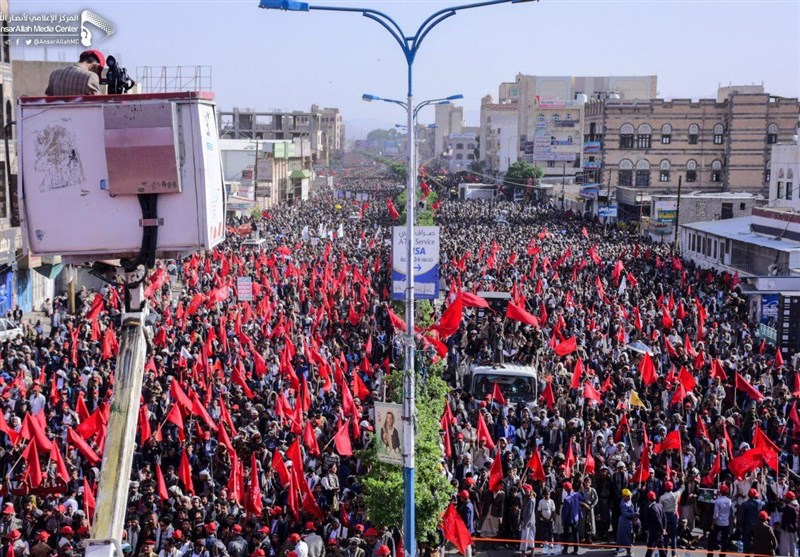 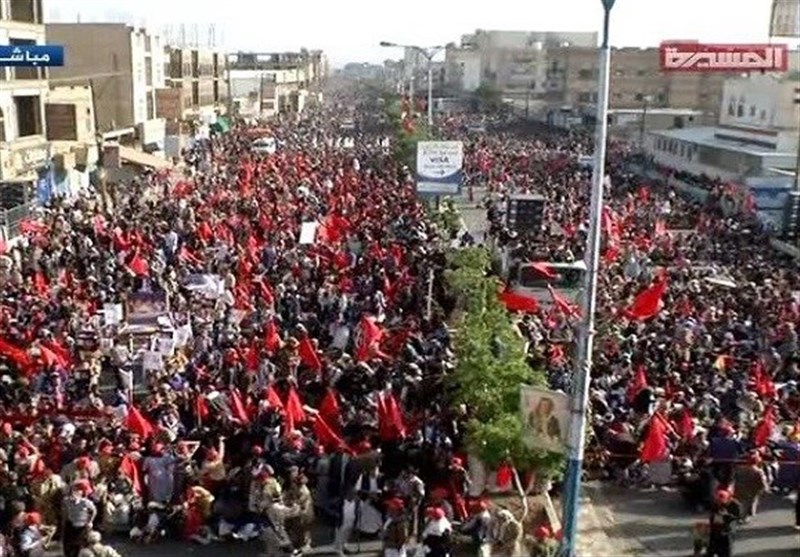 US Forces Smuggle Grain from Syria’s Hasaka into Northern Iraq