TEHRAN (Tasnim) – The Iranian Army Ground Force received an advanced drone that will be used for combat and reconnaissance missions along the country’s northeastern border.

In a ceremony on Wednesday morning, the Army Ground Force took possession of three Mohajer-6 drones, a heavy aircraft designed for combat and reconnaissance with a broad operational range.

The homegrown pilotless plane, which had already provided to the Islamic Revolution Guards Corps (IRGC) Ground Force, is expected to boost the Army Ground Force’s capabilities for border protection.

The newest generation of Mohajer drone can fly in a range of 2,000 kilometers, has a flight endurance of 24 hours, and is equipped with two smart bombs with pinpoint accuracy, dubbed Qaem. 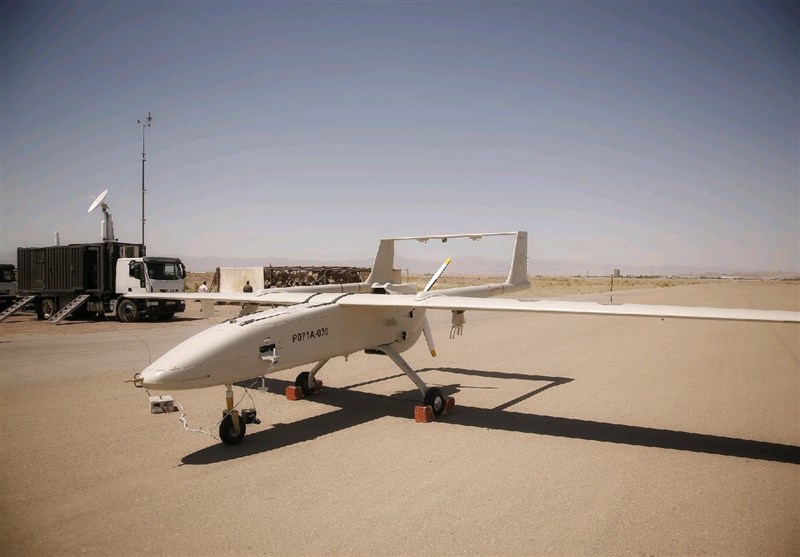 The Qaem bomb has two versions with thermal and optical detectors, has an operational range of 6 kilometers and its warhead weighs 1.7 kilograms.

Mohajer-6 drones were recently flown by the IRGC Ground Force in an operation against terrorist groups at the border regions of the Iraqi Kurdistan Region.

Iran unveiled the first upgraded version of Mohajer in November 2014.

While the older versions of Mohajer were equipped with skids and needed pneumatic launchers for takeoff, Mohajer-6 has wheels and enjoys more combat capabilities.