TEHRAN (Tasnim) – A leading member of the Patriotic Union of Kurdistan (PUK) lauded Lt. General Qassem Soleimani for his modest cooperation with the Iraqi Kurdistan Region in the war against ISIS, wishing that the Iranian martyr were the commander of Kurdish Peshmerga forces.

Mahmoud Sangawi is a senior official of the Patriotic Union of Kurdistan (PUK), the military commander in charge of Garmian region in the Iraqi Kurdistan Region, and a major field commander in the war against ISIS terrorist group.

Sangawi admits to have fought against the Iranian IRGC forces for a period of time in the past, highlights his close ties and friendship with Iranians in recent years, and maintains that such friendly relations must continue.

When the ISIS terrorist group attacked the Iraqi Kurdistan Region, Sangawi worked in cooperation with the Iranian forces in the fight against the Takfiri terrorists. It was then that he met Lt. General Qassem Soleimani. 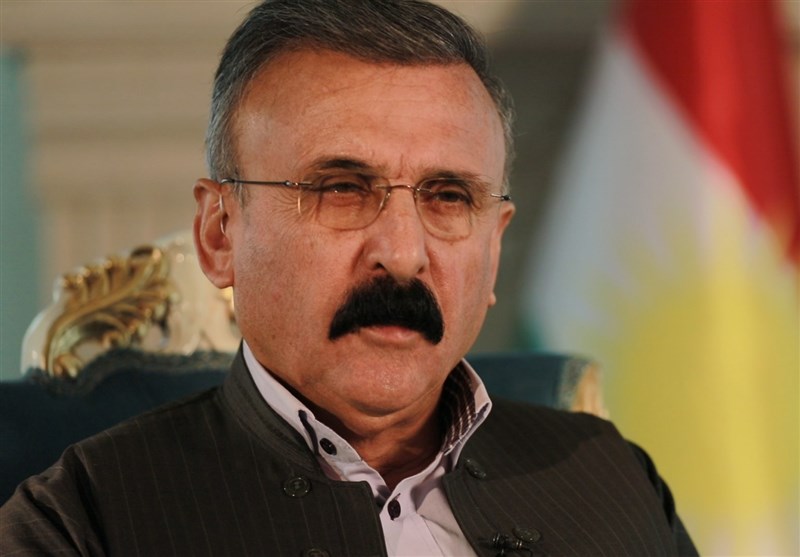 In an interview with the Tasnim News Agency in Sulaymaniyah, the Kurdish commander has talked about his memories of cooperation with General Soleimani.

What follows is the full text of the interview:

Tasnim: Thank you for your time, Mr. Sangawi. Let us begin the conversation with an introduction and your background.

In that era, the Ba’athist regime (of Saddam) had begun to clear people from our villages, and the situation was so dire that people were being sentenced to death at a distance of only 10 meters from the main road. I can recall that thousands of people from the destitute and impoverished population of Kurdistan were buried alive in southern Iraq.

Tasnim: You have long experience of military battles and, as you mentioned, you have faced a lot of challenges throughout these years. What was the difference between the fight against Daesh in the past recent years and the other crises? What challenges did the war on Daesh pose to you, in terms of difficulty and extensiveness?

Sangawi: Our previous battles were mainly partisan warfare. We were attacking the enemy, and returned to our positions after the operation. Before the Anfal genocide, we had fought other wars as well. For instance, we fought against the well-equipped Ba’athist army with light weapons for several months. Even though the Ba’athist regime was in possession of chemical weapons, we stood against them and suffered hundreds of casualties, but the war on Daesh was by far more difficult. 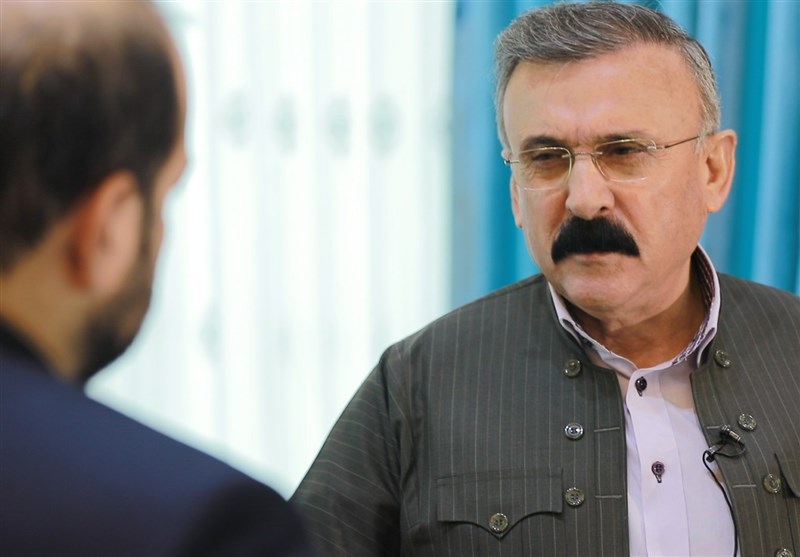 Sangawi: Because Daesh was a ferocious force, and such savage force had also many supporters that provided it with a broad range of weapons and even unmanned aircraft. They even used chemical weapons against us, but we resisted while we had only light weapons. Our heavy weapons dated back to the time of fight against the regime of Saddam, when we had taken the arms as the spoils of war.

Daesh was a trained force, which had sadly deceived people in different parts of the world in such a way that people imagined they had been battling against heresy alongside Daesh forces. They (Daesh) misrepresented us as the front of heresy and themselves as the followers of Islam. But they are not Muslims, because they killed a large number of people, kidnapped the wives and daughters of people, and destroyed many regions and cities. But our forces made sacrifices and defended their territory, nation and dignity. We sacrificed many martyrs and suffered heavy casualties in this path, but stood firm against them (Daesh), and later, various countries came to help us so that we could defeat Daesh.

However, Daesh has not been completely dismantled yet. Although it does not have control over any region –particularly in the regions under the control of the Kurdistan Peshmerga forces where Daesh is not capable of taking any action- they (Daesh forces) have unfortunately taken action in the other parts of Iraq and are killing people. Recently, you saw that they (Daesh forces) attacked a village near Khanaqin, killed a father and his son, and injured a number of others. They (Daesh forces) are constantly engaged in activities in the regions of Khanaqin, Diyala, Kirkuk, and even Mosul, and are taking terrorist and military action against the Iraqi forces.

They (Daesh forces) would have destroyed our region as well if they had entered the Kurdistan Region. They deem that it is lawful to shed our blood. They deem that our sisters, wives and daughters could lawfully come into their possession. Everything on this land is deemed to be their lawful possession, and they want to eliminate us. Daesh was not our enemy alone, but an enemy of humanity. However, it showed the highest degree of enmity towards the Kurds and Shiites. 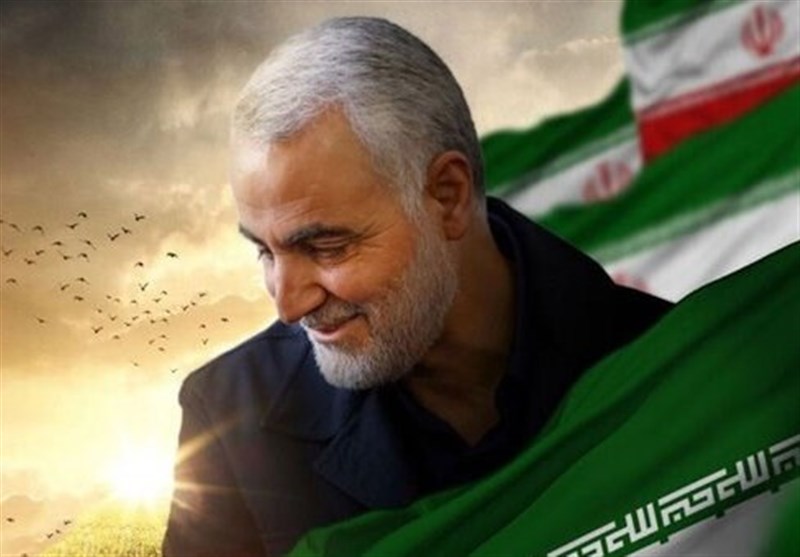 Tasnim: When did you become familiar with the Iranian forces throughout the years of your military struggle? And at which junctures have you worked in cooperation?

Sangawi: I had even fought against the (Islamic Revolution) Guards Corps forces of Iran at one juncture, and the scars from the Iranian bullet wounds are left on my face. But later we made peace with each other, and now it has been a long time we have had friendly relations with the Islamic Republic of Iran. I have taken part in many operations alongside the Iranian forces, and have also mentioned these in my diaries.

We and Iranians are friends, and believe that whatever force comes to this region will leave one day. But we and Iranians will remain together and won’t separate from each other. As I told before, although we had some troubles in the past, we have been working in close and friendly cooperation with each other for years, as the longest years of our life were passed in friendship with the Islamic Republic of Iran, and we will keep to this path.

Tasnim: When Daesh launched an attack on the Iraqi Kurdistan Region, the leaders of the Region asked various countries, including Iran, for help. According to reports and as acknowledged by the Kurdish leaders, Iran was the first country to help the Kurdistan Region, and General Qassem Soleimani was also the first person to come here. Why did Iran receive such request, and how effective was the Iranian assistance in the fight against Daesh?

Sangawi: The Iranians cooperated with us effectively. Daesh was certainly a threat to everybody, so that they (Iranians) defended themselves and also the Iraqi Shiites.

The Iranian military commanders gave us advisory assistance and provided good guidance. Moreover, both we and Iranians were cooperating with the Iraqi Army and the Hashd al-Sha’abi forces in this battle.

Unfortunately, the Iraqi Army forces suffered a big defeat at the beginning of the attack from Daesh, and we remained as the only force fighting off Daesh in the field. When 200 Daesh forces attacked Mosul, many Iraqi forces laid down their arms, and all of those weapons and equipment fell into the hands of terrorists, from tanks and artillery to Katyusha (rocket launcher) and other ordnance. Daesh, in turn, utilized those weapons against us. It was then that the Islamic Republic of Iran stepped in and rushed to cooperate with us and Iraq. 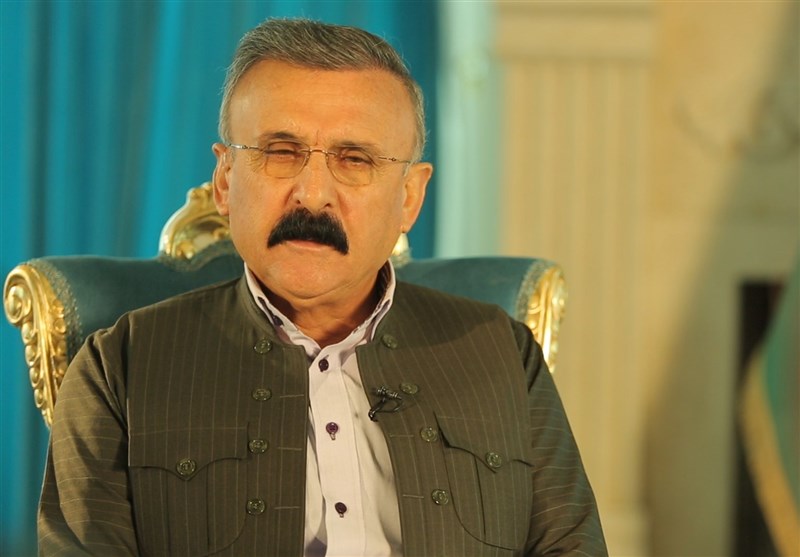 Tasnim: You have fought in different wars for many years and have become a sophisticated commander. What do you think were the main characteristics of General Soleimani as a military commander?

Sangawi: I once said in an interview that, if only General Soleimani were the commander and Peshmerga of us Kurds. Because the only thing I noticed about him was deservingness and heroism. He was a sympathetic person, and protected his country very well, and ultimately devoted his life to this goal.

Tasnim: How close did you come into contact with him?

Sangawi: When we were gearing up for an attack on Jalawla, he (General Soleimani) asked me ‘can you recapture the region within three days?’ I agreed and said ‘I will give you the news of liberation of Jalawla by this time tomorrow.’ At the time of return, I saw Qassem Soleimani down the road after Khanaqin. There was a location in which he (General Soleimani) was observing the region through monitors and drones.

At that time, I held a belief that we must besiege Jalawla and not allow any of the Daesh forces to survive. But he (General Soleimani) believed that if you block the enemy’s escape, they will continue to fight against you, so that an escape route should be opened to them. I saw him, and he was present in the very same operation zone in the morning of the day when the war broke out in that region.

After the battle against Daesh, I once again visited him at the house of Kak Kosrat Rasul. There was a meeting in order to address the situation in Tuz Khurmatu.

Qassem Soleimani was a high-ranking commander, and had the power to give long-distance orders without going to the battlefield. But he was present in all battlefronts, and stayed with us until we liberated Jalawla, Saadiya and the other areas.

One of the outstanding features I noticed about him was that he had absolute mastery of map reading. He once asked us, “Why do you seldom use a map? Don’t you believe in it?” I replied, “We use maps too, but because of our complete familiarity with the region, we don’t need it so much.”

Tasnim: How about in terms of character? What specific qualities of his character have stayed in your mind?

Sangawi: He was a serene and graceful person. He never looked for a special position for himself in the areas he went to. He ate like everybody else and took a rest in the very place that the others slept. Even when he got hungry, if there was only some biscuits and carbonated drink, he would have that little food. In a very real sense, he was a person that devoted his life.

In addition to all these qualities, he had great knowledge and analyzed various political and military issues very well. He used to express his views gracefully and calmly, and never got angry. He always tried to treat the other side with respect.

Tasnim: How did you hear the news of his martyrdom?

Sangawi: I heard the news from the news websites. I recall that BBC announced that a vehicle has been shot in Baghdad, but it was not clear who the passengers were. In the morning, one of my friends called me and said that Qassem Soleimani and a number of his entourage have been killed. This was terrible news for me.

Tasnim: If you want to tell General Soleimani a few words, as a person that worked with him for some time, what would you say?

Sangawi: The news of his martyrdom was so saddening for me. He was a hero in his country, and the Iranians should be proud to have such man. We regard him as a great person. He was not afraid of anything. Although he knew that he would be martyred, he continued his struggle and wished to achieve martyrdom in this path.

Since he always spoke with the other side with special respect, I spoke with him respectfully as well and listened to his remarks. We had a common purpose, which was fighting against a common enemy as the enemy of humanity.

When his funeral procession was held in Iran, it became clear what a popular figure he was among the people.

Tasnim: Thank you for your time.

Mossad Kills 6 Own Officers for Links with Iran