TEHRAN (Tasnim) – Refugee rights activists chased Australian Prime Minister Scott Morrison out a back door and vandalized his car with red paint, during his visit to the University of Queensland on Monday morning.

About 50 protesters gathered at the university’s new institute of bio-engineering and nanotechnology, where the Prime Minister was taking a tour earlier on Monday.

Some were holding signs that read “free the refugees” and “indefinite detention is torture”.

The group said they were forming a “blockade” outside the building, pouring what appeared to be red paint on the doors of the complex and also on the PM’s official car, known as ‘C1’.

One of the university’s security guards also had red paint thrown at him.

Police formed a barrier outside the entrance to the building where protesters carrying signs and tomatoes chanted “lock up Scomo”.

In live video posted by the group on Facebook, a handful of protesters found their way to a back entrance of the building and then inside, just as Morrison was coming down some stairs with a small group of security.

“Let them go, free the refugees,” the protesters chanted as security held them back.

Morrison was put into a waiting police vehicle and whisked off, as the protest group yelled abuse through a loudhailer and banged on the back of the car. 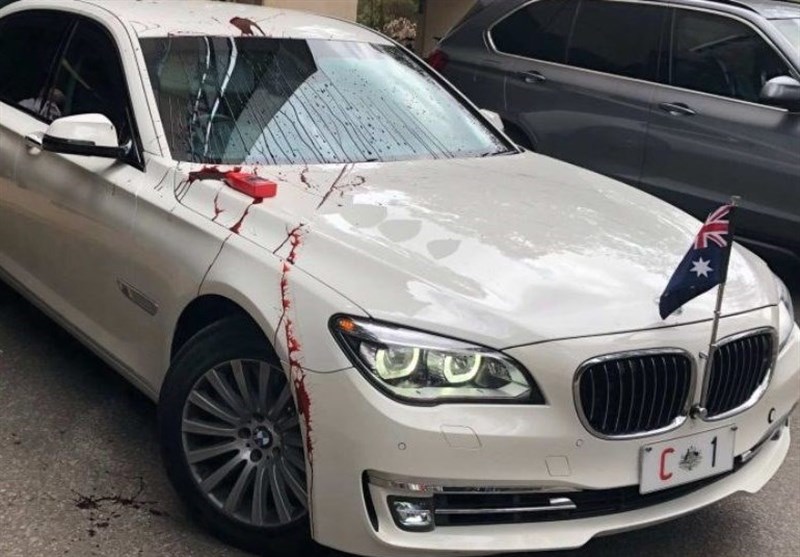 The New Daily has contacted the Prime Minister’s office. It’s understood the PM was not injured in the incident. He appeared unharmed at a press conference in Brisbane a few hours later.

Queensland Premier Annastacia Palaszczuk, who was campaigning in the marginal Labor seat of Pumicestone on Monday, said she hadn’t seen the reports of the protest.

The protest group had demanded the release of more than 100 refugees held in detention at a hotel at Kangaroo Point. The refugees were brought to Australia from offshore detention, for medical care.

A group involved in the protest later tweeted “If you’re insulted by paint on a car, pause and reflect. Imagine being locked up for eight years after committing no crime”.

Majority of Europeans Fear Biden Unable to Fix 'Broken' US

Pentagon Deploys Active-Duty Troops to DC Ahead of Biden Inauguration

Group: Billions in Aid Needed to Help Afghan Kids in 2021

4 Hurt in String of Shootings in Pennsylvania

Group: Billions in Aid Needed to Help Afghan Kids in 2021

Iran Imposes Sanctions on Trump, Other Top US Officials

Muslim Combatants to Boot US Out of West Asia: Iranian General