TEHRAN (Tasnim) - Even though Chaharmahal and Bakhtiari is one of the smallest provinces of Iran, it is the home of two of most important tribes of Bakhtirai and Qashqayi and has affected the handicrafts of other cities and has been affected by them in return.

Besides their usage in everyday life, Khorjins, which are a kind of saddlebags, can have other uses, too. In the culture of nomadic society, the Khorjins have been turned into a way of expression and beautifying and helped bring diversity to the monotone and repetitive rhythm of seasonal migration.

The nomads use the Khorjins as sacks, baggages and crates. Khorjins are popular and come in many different sizes. They can be divided into small, medium and big. The small and medium Khorjins consist of two parallel squares that have been sewed to each other on a rectangular piece. But big Khorjins which are specifically used by nomads consist of two big rectangular pieces and are positioned in front middle of each other.

The small Khorjins are called “Akbeh” and usually contain documents, valuable objects, personal things and jewelries. Some of them are particularly used by women riders when they hang the Akbeh Khorijns on the saddle to carry their items. 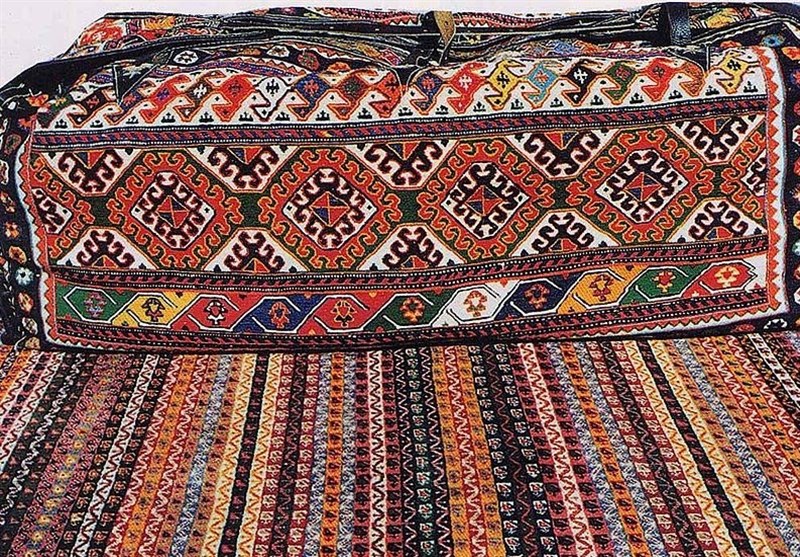 Most commonly those Khorjins that are hanged in front of the animals have two wide pieces of fabric as long as sixty centimeters and buttons are sewed on all over them. They have patterns and pom poms as decorations. The pom poms, also known as Varaneh, move around when the animal is trotting and prevent the stings of bees and other insects, and reduce the risk of the horse tilting its head to move away from the flies.

The second Khorjins are medium, they are sewed in one hundred in fifty centimeters and are used to carry edibles and common tools. The people of Chaharmahal and Bakhtiari also use them to carry their daily stoppings. The third group are big Khorjins and are more popular with Bakhtiari tribe.

They are one hundred in one hundred and fifty centimeters and have pockets in the form of rectangular which means they are wider than they are tall. Darjuneh, Chelgard, Kuhrang and other cities are some of the most important centers where Khorjins are sewed. 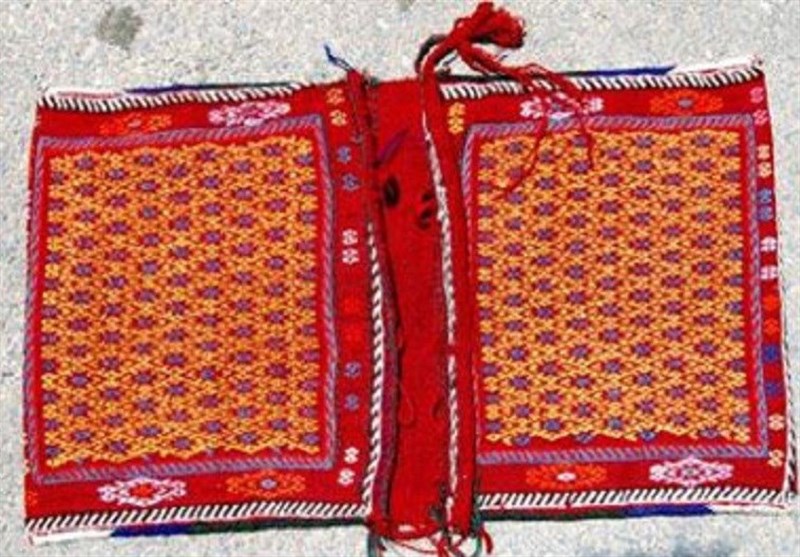