Based on a ranking built on past sporting performance, the 24 qualified teams have been allocated to four pots of six teams as follows:

The FIFA Futsal World Cup 2021 draw ceremony will be held at 17:00 CET at the Home of FIFA in Zurich on Tuesday.

The competition is set to kick off on 12 September in Kaunas, Vilnius and Klaipėda.

The champion will be crowned on 3 October at Kaunas Arena. It will be the first time ever that Lithuania hosts a FIFA event. 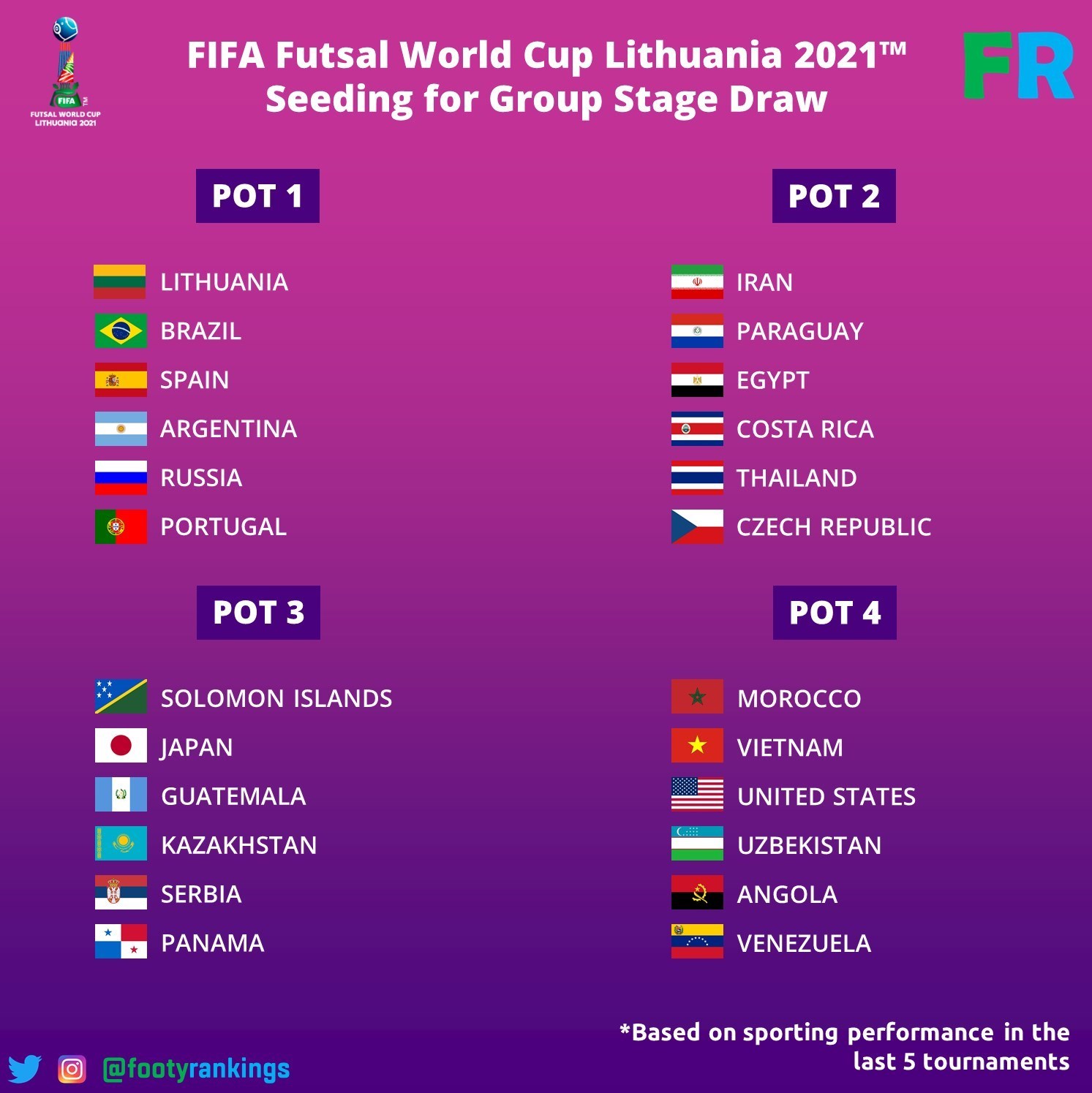