TEHRAN (Tasnim) - Colombia football team sealed the top spot in Group C of the 2014 World Cup with a 4-1 win over of Japan on Tuesday.

Colombia will face Group D runner up Uruguay in the knockout round of 16.

Juan Cuadrado opened the scoring for Colombia from the penalty spot in the 17th minute.

Japan equalized just before the halftime through a header from Shinji Okazaki.

James Rodriguez set up Jackson Martinez to put Colombia back in front in the 55th. With eight minutes remaining, Martinez scored once again for Colombian team.

Rodriguez scored his third goal in three matches in the 90th minute. Colombia as the Group D champion will face Group C runner up Uruguay in the last 16. 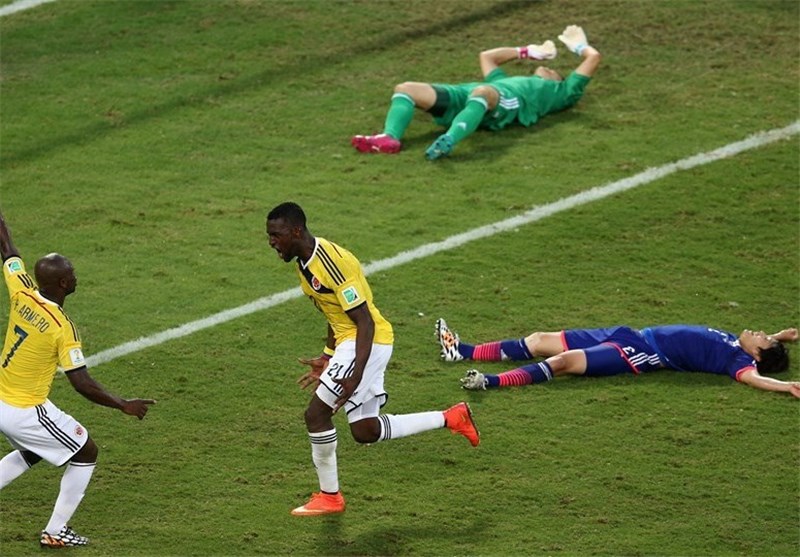 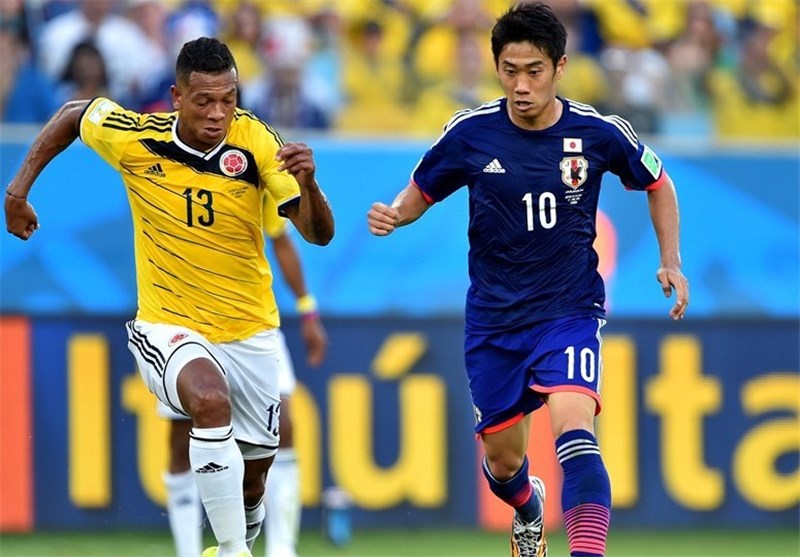