TEHRAN (Tasnim) - Thousands of demonstrators marched through Manhattan in New York City as part of the ‘Rise Up October’ campaign, which protested police brutality across the country. A number of arrests have been made, according to reports.

The rally’s participants proceeded from Washington Square Park to Bryant Park in New York City on Saturday afternoon. The protesters demanded changes to policing practices unfairly targeting black and Latino men, and condemned police-involved deaths and the militarized style of law enforcement that has become prevalent in the US as of late. 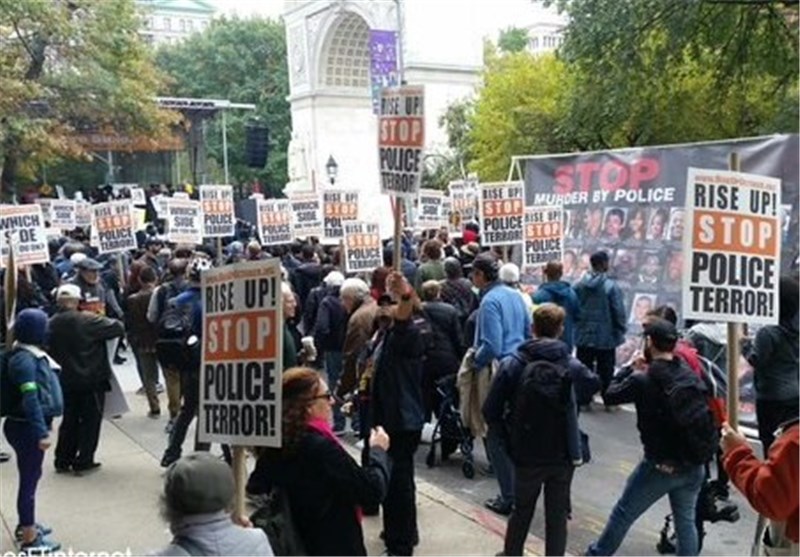 The website for the event said the march had been “peaceful and determined.” However, there were reports of police clashing with protesters and a number of arrests being made. The exact number of people detained is still unclear, Russia Today reports.

Tensions with law enforcement began around 6 pm local time, as images on social media showed violence breaking out between protesters and police.

Protestors chanted “Justice Now” as they carried signs reading “Stop police terror!” and “Which side are you on?” 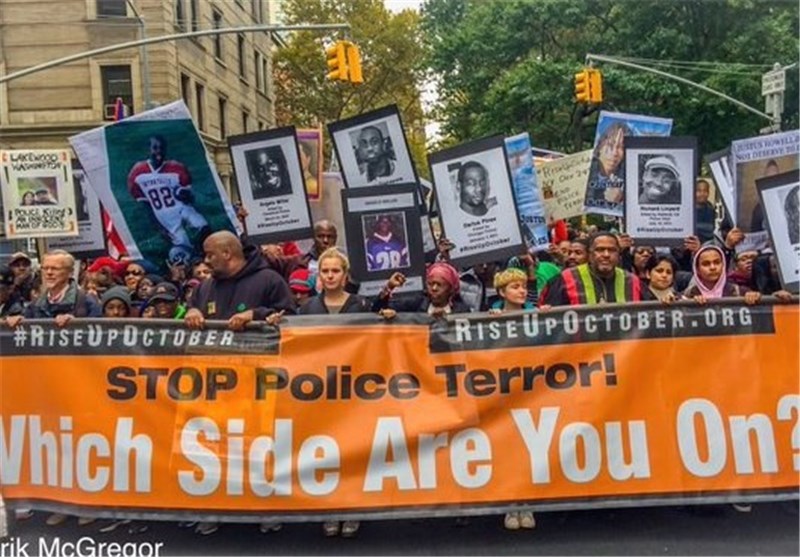 One report said that a police officer had used force to confiscate a cell phone from one of the women arrested.

The protest took on a celebrity air when Oscar-winning director Quentin Tarantino joined the march.

“This is not being dealt with in anyway at all. That’s why we are out here. If it was being dealt with, then these murdering cops would be in jail or at least be facing charges,” Tarantino told AFP.

Tarantino is known for his movies such as Reservoir Dogs, Pulp Fiction and Django Unchained.

Some of the demonstrators at the march had lost family members to police brutality. 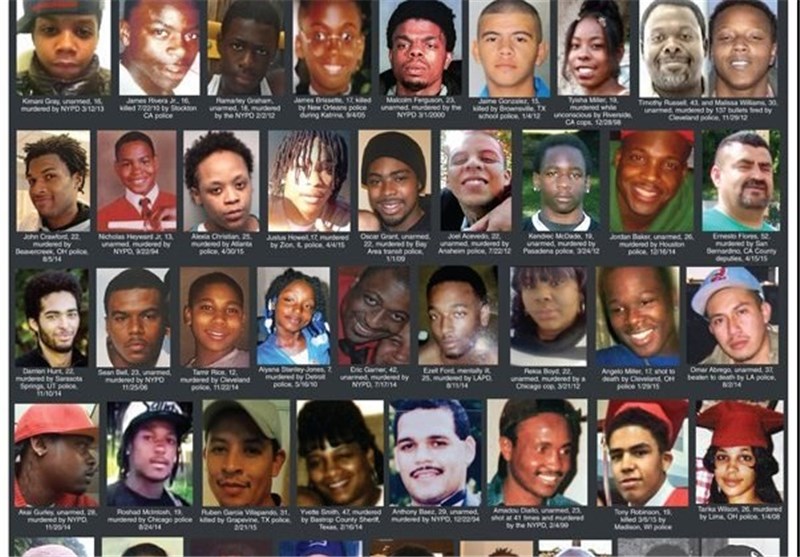 “This is a big progress. This is just amazing to me and I hope we will organize more rallies in honor of all victims of police brutality,” said Precious Edwards, who came to New York from Chicago. “I hope that everyone, not only black and brown people, but purple or blue people, everybody stands up.”

The three-day protest began on Thursday morning with a Say Their Names rally. Hundreds gathered in midtown Manhattan to hear relatives talk about loved ones who had been killed by police officers over the past several years.

5 Killed in Hostage Situation at Church in South Africa

Trump's Planned Order on 'Dreamer' Immigrants Not to Include Amnesty

WHO Official Cites AIDS as Guide to Addressing Coronavirus Pandemic

Trump's Planned Order on 'Dreamer' Immigrants Not to Include Amnesty