Shazdeh Garden: A Green Oasis Lying in the Heart of Desert

TEHRAN (Tasnim) - Shazdeh Garden (Prince Garden) is a historical Persian garden located near Mahan in the southern province of Kerman. Mahan is renowned for the tomb of the great Sufi mystic Shah Nematollah Vali, as well as Shazdeh Garden.

The tomb of Shah Noureddin Nematollah Vali, poet, sage, and founder of an order of dervishes, has twin minarets with turquoise tiles. The mausoleum was built by Ahmad Shah Kani. The rest of the building was constructed during the reigns of kings Shah Abbas I, Mohammad Shah and Nassereddin Shah. Shah Nematollah Vali spent many years wandering through Central Asia to perfect his spiritual gifts before settling in Mahan, where he spent the last 25 years of his life.

He died in 1431 CE after establishing a dervish order. The central domed burial vault at Mahan, completed in 1437, was erected by Ahmad Shah Bahmani, king of the Deccan, and one of Shah Nematollah's most devoted disciples.

Spread over 5.5 hectares, Shazdeh Garden is rectangular in shape. It has an entrance and a gate at the lower end and a two-floor residential structure at the upper end. The distance between these two is lined by water fountains. 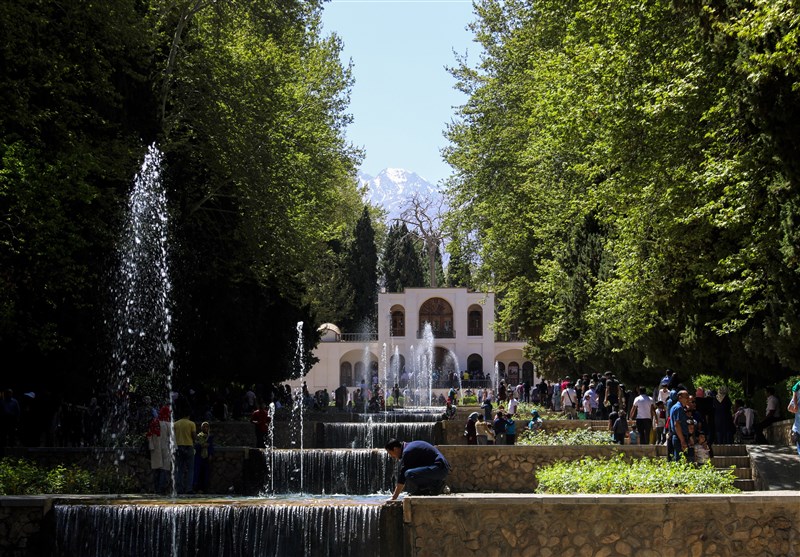 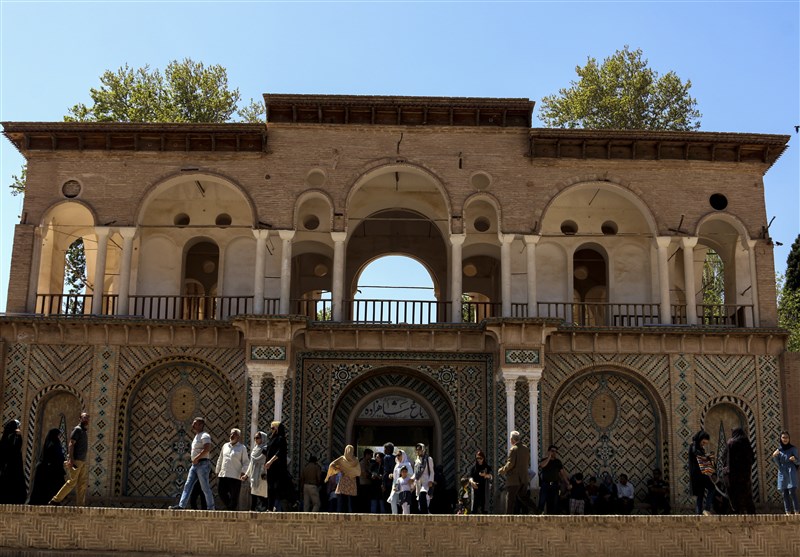 The dexterous use of natural aspects of the land can be seen here, which is the prominent aspect of every Persian garden.

The garden was originally built for Mohammad Hassan Khan Qajar Sardari Iravani in 1850. It was expanded in 1870 by Abdolhamid Mirza Naseroddoleh which continued during the 11 years of his governorship during the Qajar reign.

The pools around Shazdeh Garden were built in a terraced fashion. It is rumored that upon hearing the news of the governor's death, the masons immediately abandoned their work and as a result the main entrance still shows some unfinished areas. Its location was selected strategically as it was placed on the route between Bam Citadel and Kerman.

Other than the main residential building, the garden consists of a two-storied building for which the second floor was used as living quarters and for receiving guests. Other smaller utility rooms are situated along the sides of the garden.

The garden itself consists of a variety of pine, cedar, elm, buttonwood and fruit trees which benefit from the appropriate soil, subterranean water canal and suitable weather. 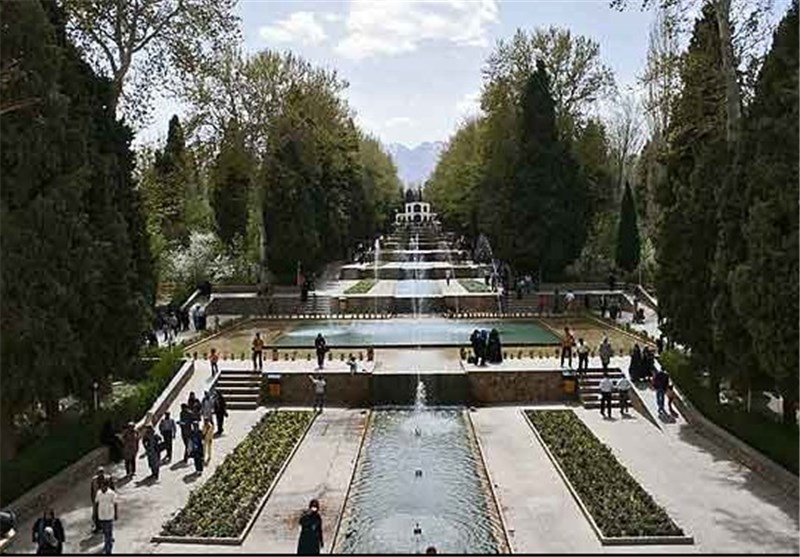 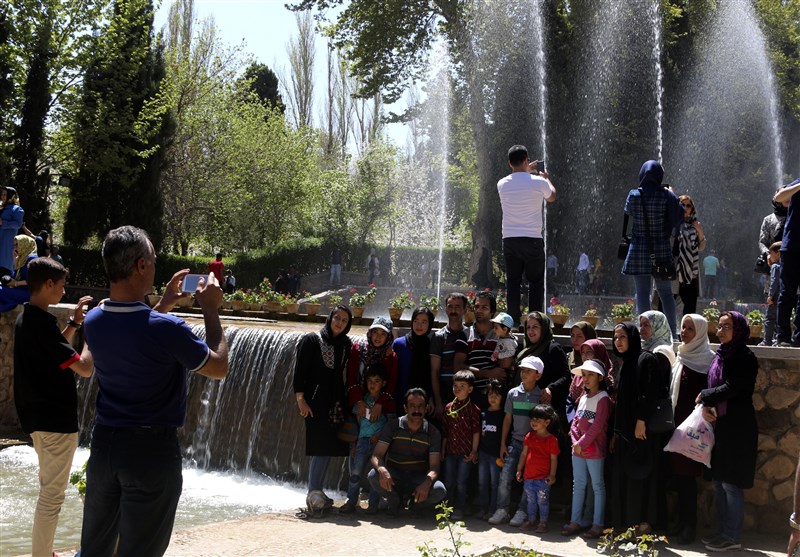 As a result of the 6.4-percent slope along the garden, and its length of 407 meters, there is almost a 20-meter difference in height. One of the main features is the natural slope which has divided the garden.

The water enters the garden at the upper end. While irrigating the trees and plants along its way, the water flows down through a series of steps and falls.

On the two ends of the water path, meaning at the main entrance and the residential structure, there is a pool that subsequently redistributes the water.

The vital resource of Shazdeh Garden is the streams originating from adjacent mountains. Tigran aqueduct, originating from Joupar altitudes, is the water supply of this garden. This stream flows into the garden from the highest level and constitutes the main irrigation system. 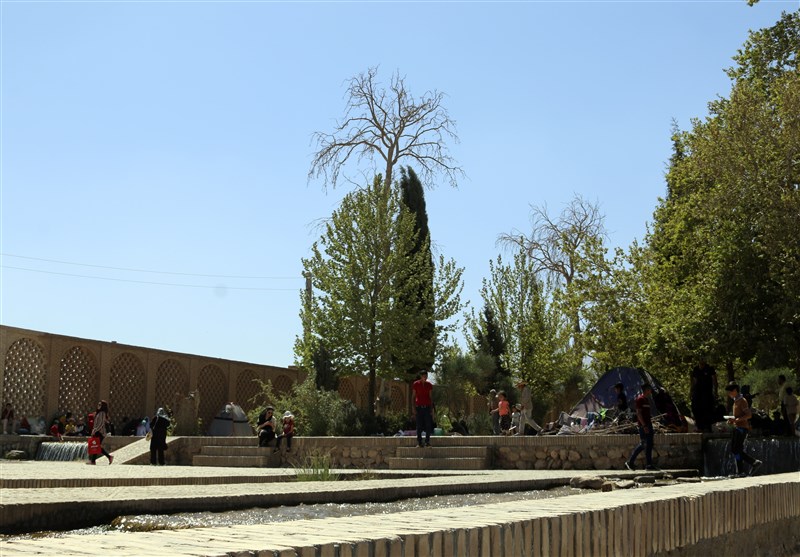 The selection and configuration of plants plays a crucial role in the garden's identity. In addition to their importance in creating shadows, these trees are climatically resistant. The trees and vegetation seen in Shazdeh Garden are as follows:

Evergreen and windbreak trees such as pine and cedar

Shady and wide-leaf trees such as wild wych-elm, rowan, sycamore and aspen

Other trees such as ash, salsify, and pine.

Fruit trees, planted on both sides, create unique view when seen from the upper reaches.

When you enter the garden, the landscapes featuring Joupar Peak can be seen. The landscape is reinforced by trees at both sides ― having different colors at different seasons.

The water generally flows along the garden's main axis and the waterfalls and their sounds, have contributed to a high quality for this axis.

Tree reflections, the facade structure and the gazebo have contributed to a relaxed feeling about the garden. Light and shade play a significant role in this landscape.

The garden's premises were completely renovated due to the commemoration ceremony of Khajoo Kermani, a renowned poet, in 1991.

Parts of the garden were damaged by the 2004 earthquake in Kerman.