TEHRAN (Tasnim) - Akhangan Tower is located 22km North of Meshed, northeast of Iran, near the road from present Tous to Pazh. The tower is a tomb built on a low octagonal platform, with 17.9 m height.

The body internally is octagonal and externally cylindrical, with 8.5 decorative columns.

The main building is made of brick and covered with plaster, in order to keep rectangular, polygonal, star-shape and cross shaped tiles of various drawings in turquoise and ultramarine in place. These tiles, with shining colors, have completely covered the building and have given it a special attractiveness.

Now, empty places of tiles, which have been removed, remain like a bee hive. There, also, existed a cornice on the tower dome, which has been destroyed.

Dome is conical with zigzag body and decorated with same color tiles, which is similar to the coverings of "Congregational Mosque of Yazd" (1441) and "Amir Chakhmaq Building in Yazd" (1440). 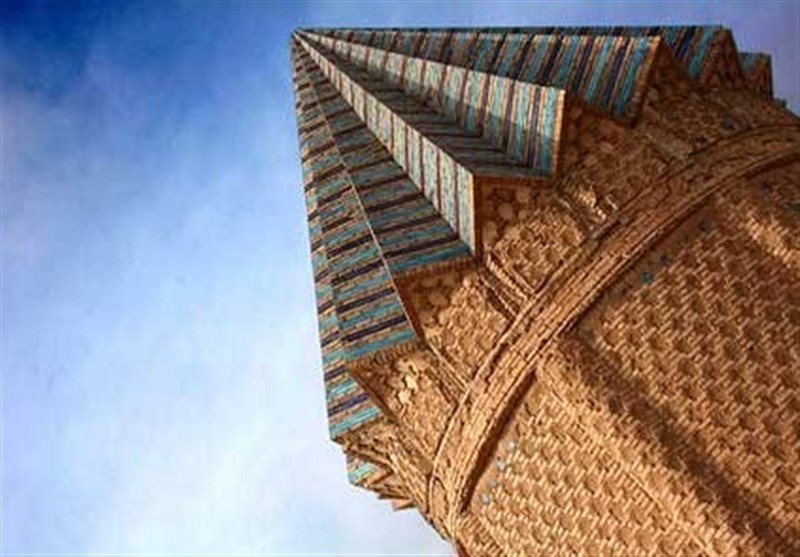 The internal body of the tower was simple and covered with plaster. Its decorations restricted to plaster-work, forming a pendant under the dome.

The place is locally known as "Tomb of Indian Girl" and "Tomb of Gohar Taj Aqa" (Goharshad's sister). There are no reasons for these connections, but it is clear that the tomb was built over a vault in 17th century AD.

In Persian, it is called "Mil Akhangan". 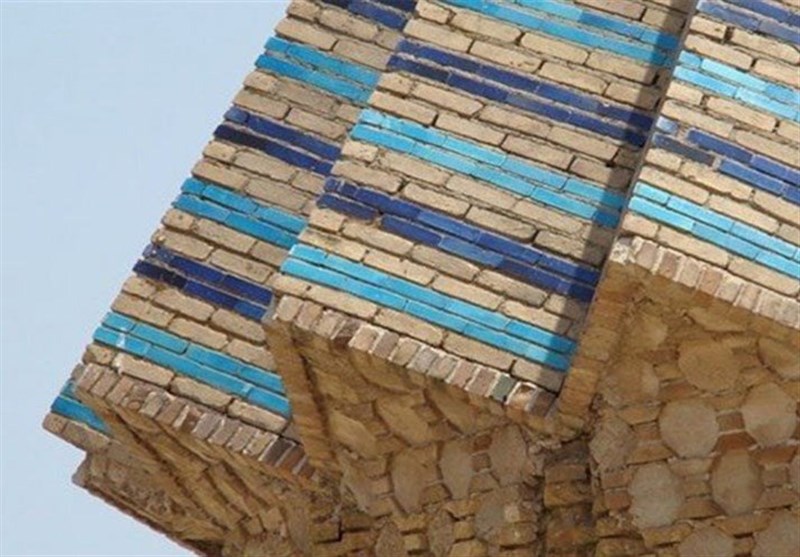 Persian Turquoise, Jewel of the Orient