Our Galaxy Much Larger Than Previously Thought

TEHRAN (Tasnim) – Researchers have revealed through a new study that the Milky Way may be at least double the size than previously thought and that it is not just a disc with stars in a single plane, but is rather contoured into several concentric ripples.

The research findings are based on the data captured by Sloan Digital Sky Survey which, in 2002, established the presence of a bulging ring of stars beyond the known plane of the Milky Way. The research was conducted by an international team of scientists led by Rensselaer Polytechnic Institute Professor Heidi Jo Newberg.

Newberg said that as the Milky Way radiates outward from the sun, there are at least four ripples in the disk of the Milky Way. The professor added that though they can only look at part of the galaxy with the data that has been captured, they assume that this pattern is going to be found throughout the disk of our galaxy. 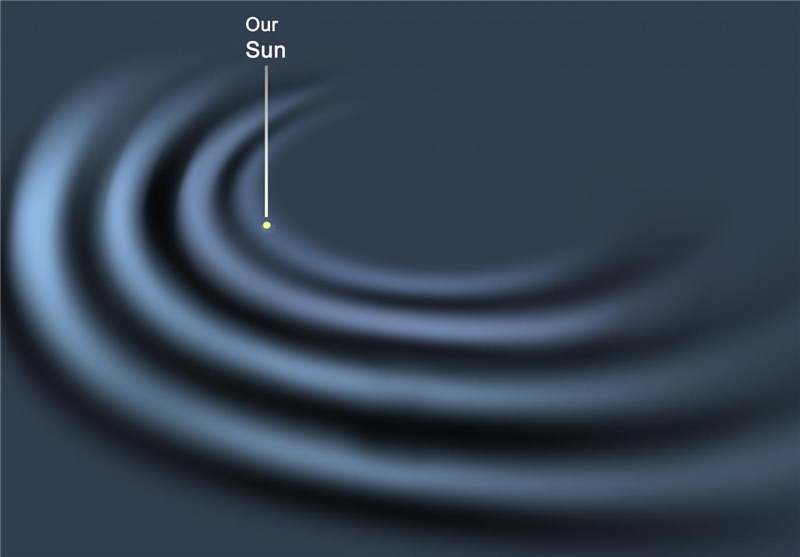 Yan Xu, a scientist at the National Astronomical Observatories of China, former visiting scientist at Rensselaer, and lead author of the paper says that the new findings show that the features previously identified as rings are actually part of the galactic disk and that the width of Milky Way is 150,000 light years.

Building up on the 2002 findings wherein Newberg had established the existence of the ‘Monoceros Ring’ – an ‘over-density’ of stars at the outer edges of the galaxy that bulges above the galactic plane, the researchers found four anomalies: one north of the galactic plane at 2 kilo-parsecs (kpc) from the sun, one south of the plane at 4-6 kpc, a third to the north at 8-10 kpc, and evidence of a fourth to the south 12-16 kpc from the sun. Researchers say that the Monoceros Ring is associated with the third ripple. 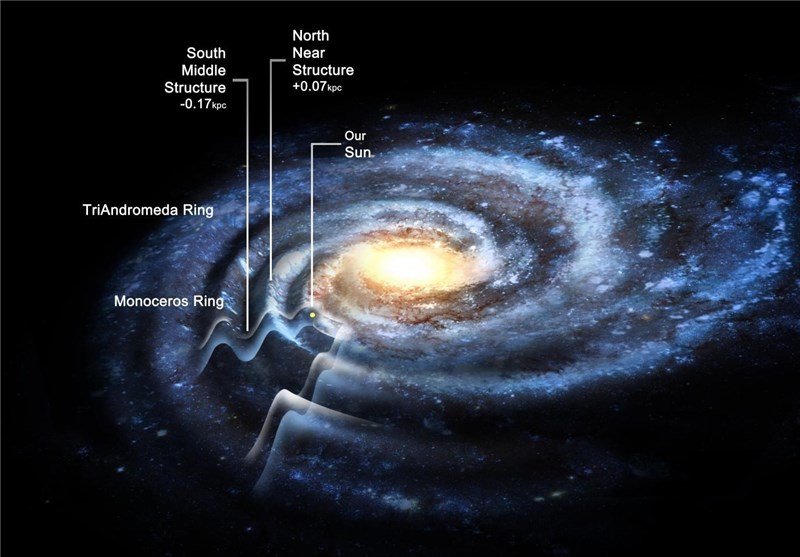 Researchers also found that the oscillations appear to line up with the locations of the galaxy’s spiral arms.

Newberg said the findings support other recent research, including a theoretical finding that a dwarf galaxy or dark matter lump passing through the Milky Way would produce a similar rippling effect. In fact, the ripples might ultimately be used to measure the lumpiness of dark matter in our galaxy.

“It’s very similar to what would happen if you throw a pebble into still water – the waves will radiate out from the point of impact,” said Newberg.

“If a dwarf galaxy goes through the disk, it would gravitationally pull the disk up as it comes in, and pull the disk down as it goes through, and this will set up a wave pattern that propagates outward. If you view this in the context of other research that’s emerged in the past two to three years, you start to see a picture is forming.”