TEHRAN (Tasnim) - During Safavid era, magnificent mosques were built. All are great examples of Iranian art and architecture. The Madresseh (school) Chaharbagh is one of them. It is a glorious masterpiece.

Actually a great complex was built at Shah Sultan Hossein's period. A bazaar and caravansary were constructed in the neighborhood of this mosque and Theological school. The bazaar is called "Bazaar of Arts" and the caravansary has been converted to a beautiful hotel (The Abbasi Hotel). In fact the Shah's mother paid expenses for creation of this marvelous complex.

The Madresseh was built in 1706. Its ornamentation was completed in 1714. Revenues which were collected from the bazaar and the caravansary were allocated for preservation and other expenses of the Madresseh.

Madresseh's ornamentation is the zenith of Iranian art, especially in tile and tile mosaic work. The courtyard was planned beautifully. The Madresseh was used as a prominent school and the mosque was used by local citizens and travelers who stayed at the caravansary. It has been used for same purposes, even today, the main entrance opens to Chahar Bagh Ave. The entrance shows the most beautiful tile- mosaic in geometrics style. Different parts of mosque and Madresseh was repaired. 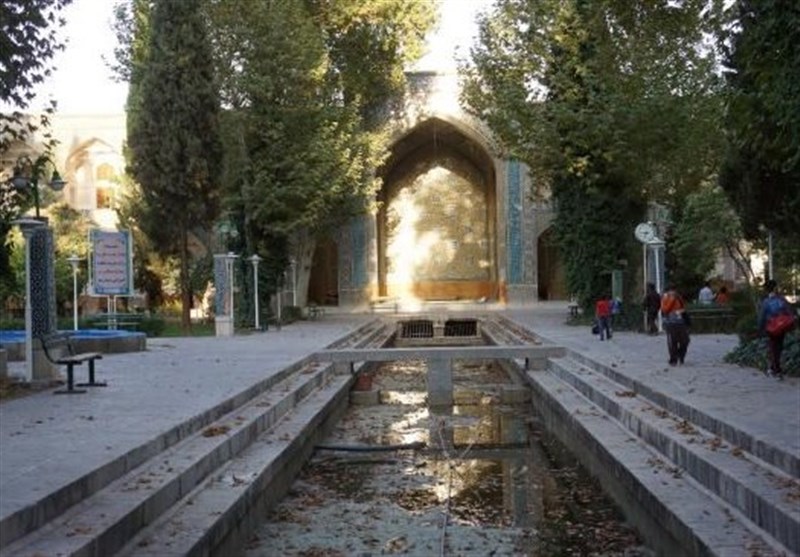 Historic monuments need permanent maintenance and restoration. The entrance door is made of wood covered with silver plates.

Behind the lofty door there is an octagonal anteroom. Originally a branch of Maddi passed through the mosque.

The courtyard is surrounded by arcades of two story rooms, as residential chambers for students of Theology. Walls of courtyard are adorned with tile and tile- mosaics.

On the south part, there is the sanctuary. A lofty eivan and beautiful dome. On the top of eivan there are two minarets which are ornamented with the best mosaic designs. The dome is two shelled dome, like other Safavid mosques.

Colors harmony, delicacy of decorations and calligraphies and structure of Madresseh shows how Iranian artists and architects were advanced. There are two Minbars located under the dome. One is a wooden artistic work and the other is made single piece of marble stone. 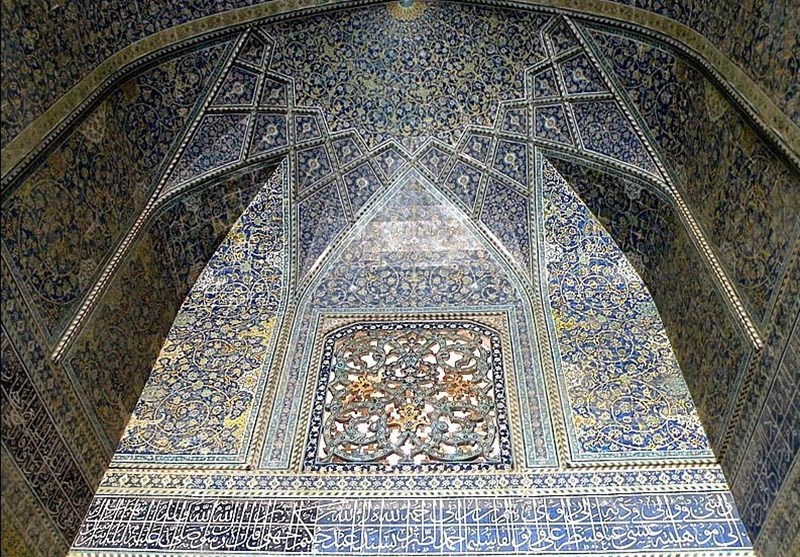 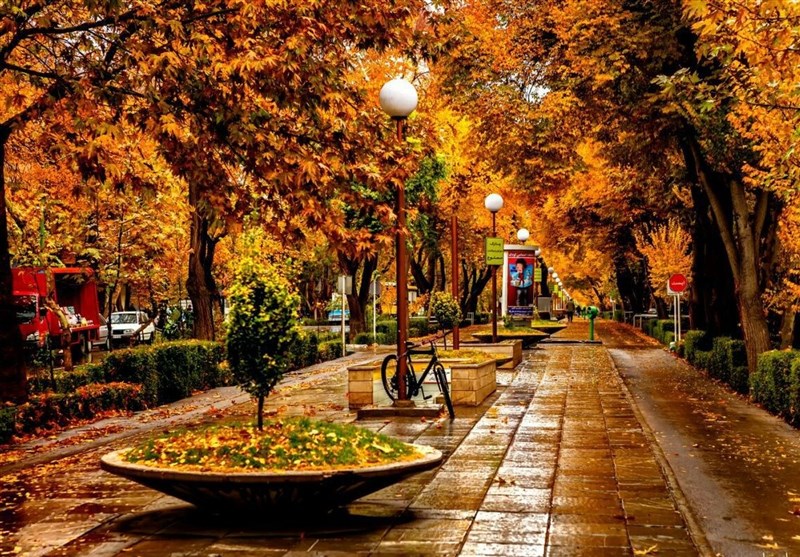 There is a prayer hall to the east of dome which shows beautiful inlaid works. The Madresseh is a must for travelers to be visited and hundreds of pages can be written about various artistic magnificence of the mosque.