TEHRAN (Tasnim) - Golabatoon, with a more than two-thousand-year-old history, is a kind of traditional embroidery of Hormozgan.

The World Crafts Council has recorded Hormozgan as a center of Golabatoon, due to its unique and unmatched products. Like many other kinds of embroidery crafts, Golabatoon is made by the hand of young girls and women of this southern region.

Therefore, it can be considered as one of the most prominent arts of Hormozgan that showcases the life style, beliefs and traditions of south of Iran. We hardly find a family that is not somehow related with Golabatoon. Most of the young girl allocate at least a few hours of each day to this craft. In addition to helping their social and income growth, it helps them spend some of their spare time making this beautiful handicraft.

This craft is called Golabatoon because it is mostly made using golden thread also known as Golabatoon.  But in Hormaozgan, it is referred to by other names, too, such as “Goldouzi”, “Kamdouzi”, “Kamandouzi”, “Boroodaridouzi” and “Zardouzi”. The word “Kam” or “Kaman” (bow) refers to the wooden circular frame or embroidery hoop around which the fabric is tightly stretched.

The main tools of Golabatoon are the hoop and a needle called “Ghollab” (hook). The thread, which is usually metallic yarn in gold or silver, is the most important material of Golabatoon. The surface on which Golabatoon is applied are commonly crepe fabrics with plain colors such as yellow, green, black, turquoise, crimson red and orange. Occasionally, other materials such as sequins or small glass beads are also used.

Some of the most famous patterns and designs of Golabatoon are “Eslimi and Khatayi” (cursive arabesque), “Bazoobandi”, “Boteh Roohi”, “Moharamati” or “Sotooni” and “Boteh Jegheh” (paisley), which are very detailed and time consuming. After finishing the intended pattern, the fabric is separated from the hoop, and is sewed to different parts of local clothing like edges of the trousers, collars, handcuffs or bust.

Today new usages such as cover of the cushions, backrest, wall hangings and holy Quran can be seen. Cities like Bandar-e Lengeh, Bandar Abbas, Minab and surrounding villages are important centers of this art in Hormozgan. 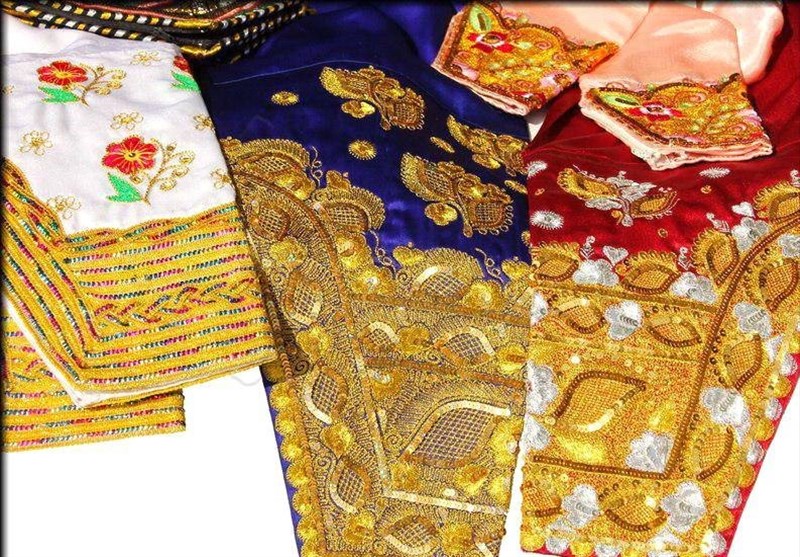 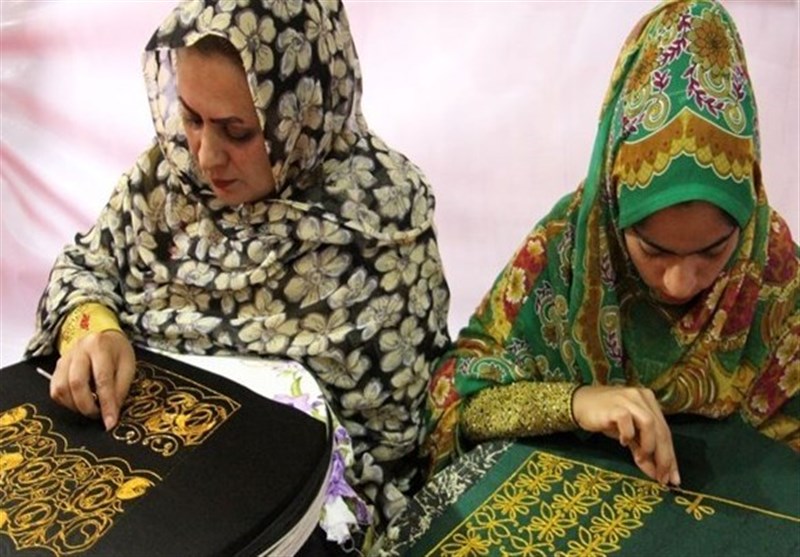